U of T leaders discuss pandemic’s impact on learning, ‘power of place’ at World Academic Summit 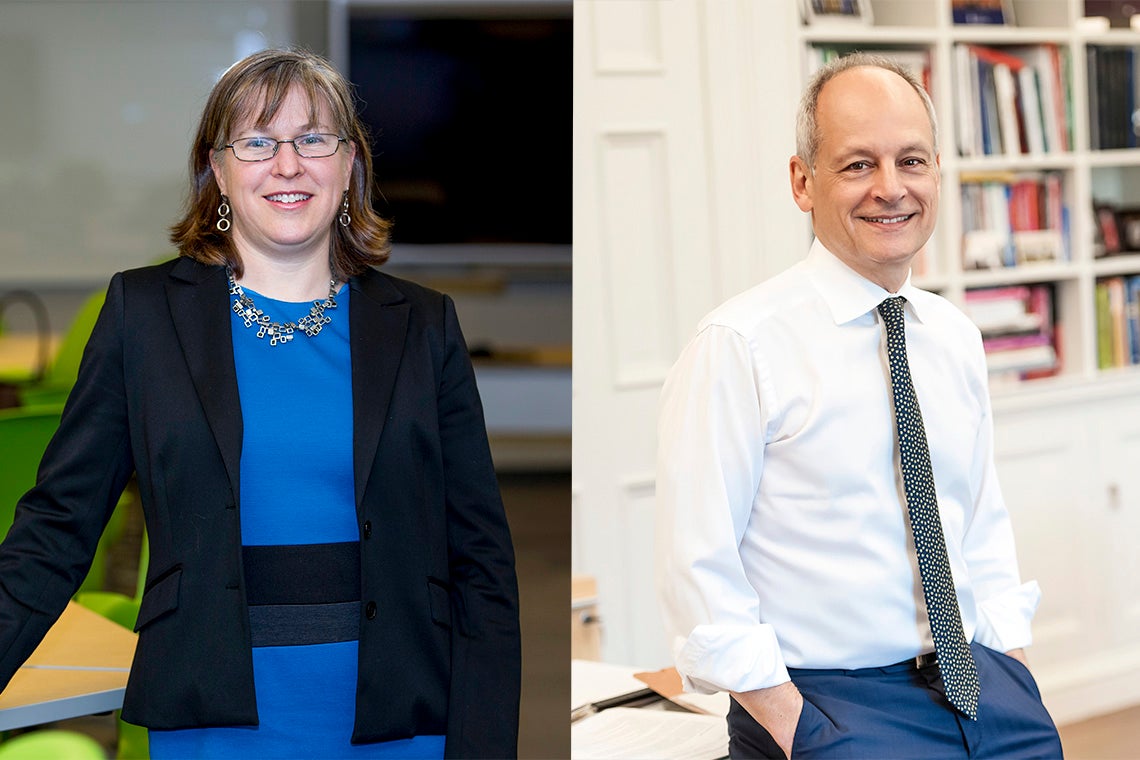 Does the growing shift to online education as a result of COVID-19 reduce the importance of the cities and regions in which universities are located? Will digitized learning improve or impair access to post-secondary education? How will the changes brought on by the pandemic affect the evolution of classroom instruction?

These are some of the questions discussed this week at the World Academic Summit, a virtual conference involving university presidents, researchers, business leaders and policy-makers.

Among the kickoff events at the virtual summit, organized by Times Higher Education, was an interview with U of T President Meric Gertler, who shared his thoughts on the relationships between post-secondary institutions and the cities and regions in which they reside. In particular, he discussed how U of T has long benefited from its location in the Toronto region, with its reputation for diversity and a high quality of life, when it comes to attracting faculty and students.

“Yes, the quality of the university was the way we got their attention in the first place and the quality of the department they’d be working in,” he said, referring to his personal experience hiring faculty members when he was the dean of U of T’s Faculty of Arts & Science.

“But often, we’d be competing with other great institutions around the world for that same person – and, more often than not, it was the quality of the city that helped tip the balance in our favour.”

The summit also coincided with the release of Times Higher Education’s World University Rankings, which ranked U of T as the top university in Canada and 18th globally for the second year in a row. Among public universities, U of T was ranked eighth in the world.

President Gertler said that, while the pandemic has caused disruption and forced a rethink in how education is delivered, he doesn’t expect the importance of universities’ locales to be diminished going forward. Even before the pandemic, he noted, “knowledge-intensive activity was becoming more geographically concentrated in a smaller number of cities” despite the growth of digital technologies.

He also said he didn’t expect a recent, COVID-19-fuelled interest in suburban living to continue indefinitely.

“I do think that when the dust has settled, when things begin to return to normal – particularly when we have a vaccine or decent therapeutics available and things are looking encouraging – we’re going to see a reversal of those tendencies,” he said.

Susan McCahan, U of T’s vice-provost, academic programs and vice-provost, innovations in undergraduate education, was also one of the summit’s participants. She was joined by counterparts from New York University, the University of Sydney and Tsinghua University for a panel discussion on the opportunities presented by the pandemic’s disruption of the global education sector.

McCahan said U of T’s experience suggests COVID-19 caused an already ongoing shift in education to accelerate. “In 2018-2019, we had about 150 online courses at the University of Toronto. This coming year, we will have several thousand,” she said.

She characterized the coming era of higher education as “the blending of the virtual with the real and in-person.” That, in turn, will make classroom instruction more of a team sport with greater involvement from educational technologists and librarians in addition to professors, instructors and teaching assistants, she added.

The shift will also prompt universities to think more carefully about the role of in-class time, predicted McCahan.

“There is space for really extraordinary lectures in person with a large group of people, but daily lecturing may be something that we can move off and bring more active learning into the classroom.”

McCahan said in-person instruction will continue to remain a central and critical component at institutions such as U of T, particularly when it comes to the undergraduate experience.

“We believe that immersive, in-person experience does offer that centre of gravity around identity development that’s so important for undergraduate students, and is something that they’re seeking,” she said.

As education becomes increasingly digitized, there are concerns about deepening existing inequalities.

President Gertler grappled with the issue during a panel discussion titled “Does a digitised higher education world replicate analogue inequalities?” His co-panelists included representatives of New York University, the London School of Economics and Ashesi University in Ghana.

“We’ve been really excited by this idea of a global classroom model – it’s something we started working on before the pandemic came on, but it certainly has revved up – where we pair up professors [and students] at the University of Toronto and another institution around the world.”

He said the model not only broadens students’ horizons but exposes them to international collaboration opportunities at a time when travel is constrained.

Going forward, President Gertler said, universities have a responsibility to continue to tackle systemic racism through their faculty- and student-recruitment strategies.

“This is a huge problem,” he said, noting efforts at U of T to reach out to greater numbers of racialized students through collaborations with public schools in disadvantaged areas, programs to tackle unconscious bias in faculty search committees and ongoing efforts to hire more Black and Indigenous faculty.