U of T joins with European, Asian universities to tackle urban issues 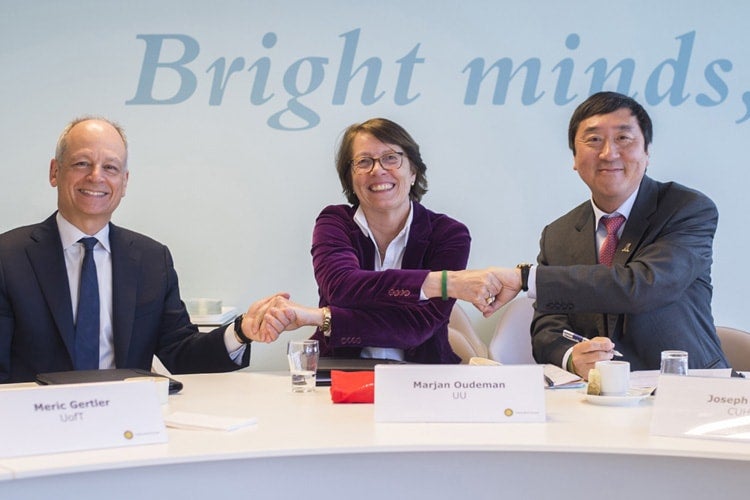 “This is the first time that expertise on and insights into urban issues from three different urban regions of the world have been brought together,” said Utrecht University President Marjan Oudeman, noting the conference brought together leading academics from the three institutions.

“The research should lead to new, sustainable solutions for the global challenges caused by population growth in cities.”

“I am delighted to join with Presidents Oudeman and Sung in building and broadening the collaborations among our institutions,” Gertler said. “So many of the challenges our communities face are truly global in nature and require international leadership and insights to answer.

“This is particularly evident in public health, urban development, and migration. It is also important to recognize that this new collaboration brings together not just three leading research institutions, but three leading urban regions and their extensive knowledge networks.”

One of the highlights of the conference was the signing of a five-year collaboration on global public health by the three presidents. The project, “Novel Investigative Tools and Big-Data to discover modifiable risk factors: The Exposome” involves researchers from several areas at U of T, including the Dalla Lana School of Public Health, Engineering, Earth Sciences and other disciplines. One of the leaders of the project at U of T is Chemical Engineering professor Greg Evans. He told U of T News that the agreement will help with the understanding, prevention and treatment of chronic disease.

“Chronic disease – such as heart disease, cancer, lung disease, neurological disease, degenerative disease – is one of the biggest public health issues of our time. It results from a combination of genetics and environmental exposure. We’ve made huge progress on the genetics side, but that only explains a fairly small part of the overall picture. What we’re exposed to over our lifetime – the exposome – also plays a big role.”

Another of U of T’s exposome researchers, Dalla Lana School of Public Health Dean Howard Hu, agreed. “A very large portion of cancer, cardiovascular disease, neurodegenerative disease and other chronic conditions are due to environmental factors or gene environment interactions. However, our knowledge of what those factors are, the genes they interact with, and mechanisms remains extremely limited. Advances by DLSPH scientists and others in exposomics promise to accelerate our understanding of preventable risk factors for the onset and progression of disease.”

The three universities will collaborate in five areas, Evans said: using big data to characterize the exposome, evaluating the exposome through sensors, creating and improving exposome maps, the 24/7 exposome (for example, the effect of shift-work on exposure), and awareness and education.

PhD student Joseph Okeme is working with deaprtment of earth sciences professor Miriam Diamond to evaluate wearable air pollution sensing devices, including a broach developed by their own group and a bracelet developed by American researchers. The U of T broach uses a silicone rubber surface that passively absorbs chemicals in the air. The chemicals can then be extracted and analysed, and the broach cleaned and readied for re-use.

“I originally wanted to measure pollution out-of-doors, but then I realized that we’re more likely to get exposed to chemicals indoors,” Okeme told U of T News.