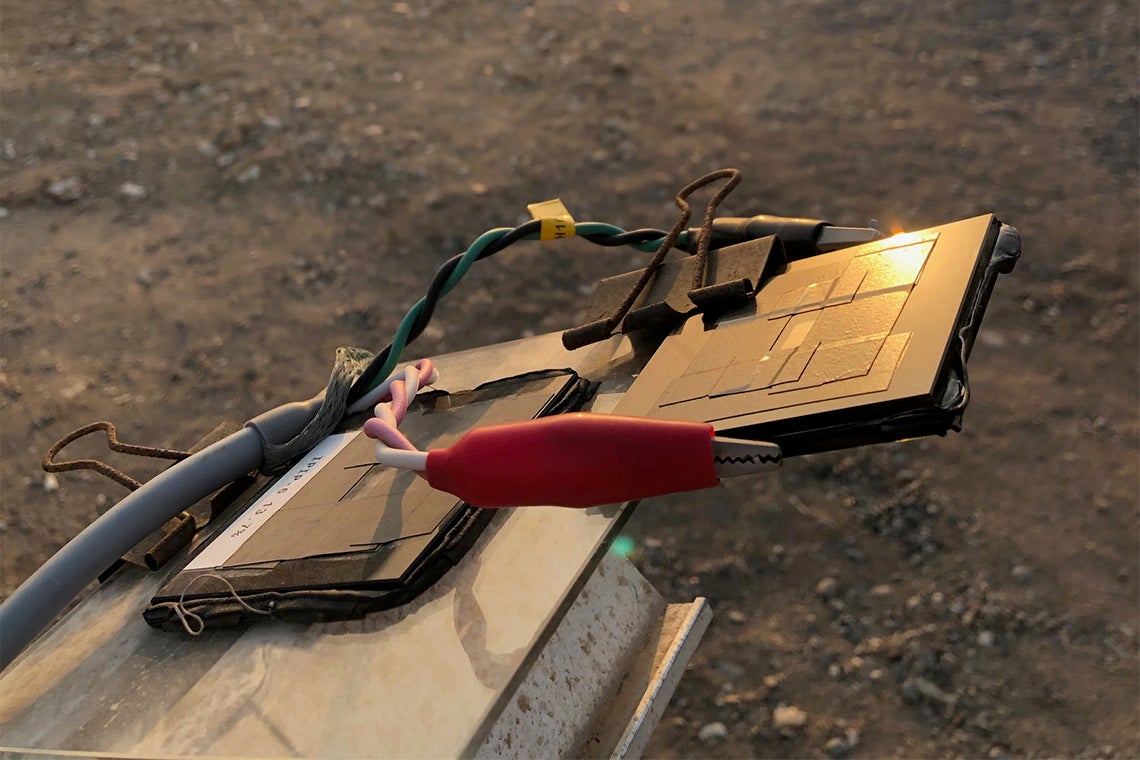 To increase the performance of solar panels, a team of researchers based in Saudi Arabia, Italy, Germany and Canada has created a bifacial, or two-sided, tandem solar cell. The prototypes bring together the best of two separate technologies: silicon and perovskites.

Now, researchers at the University of Toronto's Faculty of Applied Science & Engineering – with colleagues at King Abdullah University of Science and Technology (KAUST), the University of Bologna and the Karlsruhe Institute of Technology – have realized that even more energy can be gathered using a two-sided tandem configuration. Light reflected and scattered from the ground – known as “albedo” – can also be collected to significantly increase the current of a tandem solar cell.

The research, published this week in the journal Nature Energy, outlines how the team engineered the perovskite/silicon device to exceed the currently accepted performance limits for the tandem configuration. The study’s authors include University Professor Ted Sargent, in the Edward S. Rogers Sr. department of electrical and computer engineering, and post-doctoral researcher Yi Hou.

“By exploiting the albedo, we can now generate currents higher than in conventional tandems, without increasing the manufacturing costs at all,” said Michele De Bastiani of KAUST, co-lead author of this study.

The potential for capturing indirect sunlight has been studied in the past, but without experimental verification. The researchers collaborated to solve the scientific and engineering challenges required to include indirect sunlight in the energy gathering capacity of their modules.

With this knowledge, they tested the bifacial tandem solar cell in outdoor conditions, achieving efficiencies beyond any commercial silicon solar panel.

“Bifacial silicon-only solar cells have rapidly taken an increasing share in the photovoltaics market, as they can lead to a performance gain of 20 per cent relative,” said Stefaan De Wolf, an associate professor of material science and engineering at KAUST. “Exploiting this concept in perovskite/silicon tandems now opens opportunities for ultra-high power generation at affordable cost.”