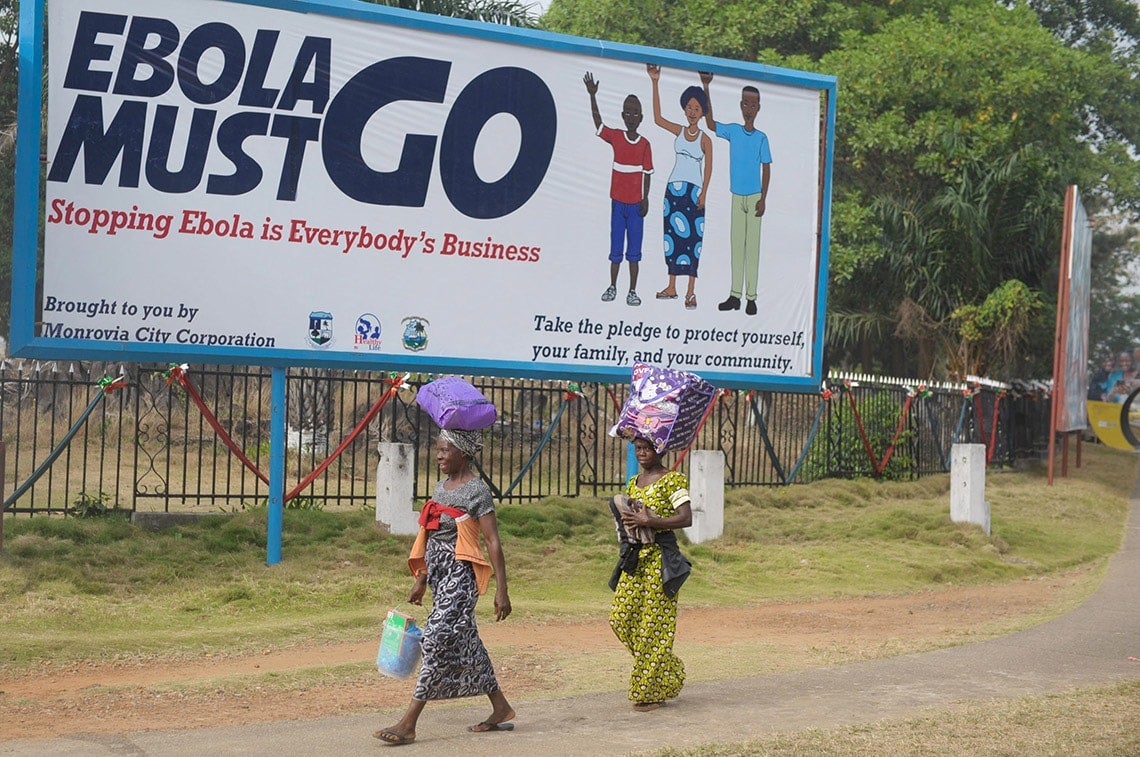 A pilot study of a class of drugs used to treat hepatitis and some forms of multiple sclerosis has been shown to ease symptoms of Ebola patients and increase their chances of survival.

The study, entitled, “Interferon ß-1a for the treatment of Ebola virus disease: A historically controlled, single-arm proof of concept trial,” was recently published in PLOS ONE.

Interferons are a family of naturally occurring proteins, produced in response to viral infections. They have widespread potential as therapeutic agents for the treatment of viral infections, and are currently used for chronic hepatitis B and C infections and some forms of multiple sclerosis (MS).

They inhibit viral infection by preventing viral entry into target cells and by blocking different stages of the viral replicative cycle for different viruses.  And because they are already in use, researchers know that they have a favourable safety profile.

Since there is no vaccine or specific approved treatment for Ebola virus disease (EVD), there is a “moral obligation” to collect and share all data generated, to understand the safety and efficacy of any intervention and to evaluate promising interventions to inform future research, says Eleanor Fish, the senior author of the study and a professor of immunology at U of T. 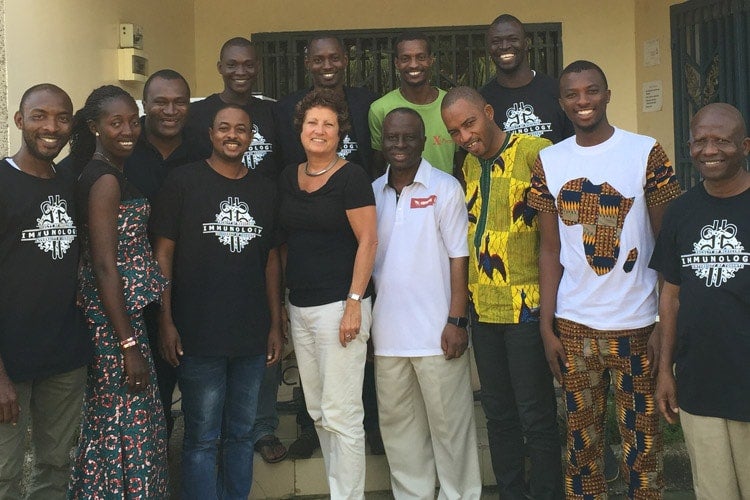 To date, no treatments or post-exposure prophylaxis are available for Ebola. Clinical trials for several vaccines are in various phases, with promising published results in humans.

Nine individuals with Ebola virus were treated with Interferon ß-1a, and compared retrospectively with a matched cohort of 21 infected individuals receiving standardized supportive care at a treatment centre in Guinea, Africa, from March 26, 2015 to June 12, 2015.

When compared to patients who received supportive treatment only, 67 per cent of the Interferon-treated patients were still alive at 21 days. In contrast, 19 per cent of the supportive treatment patients survived at 21 days. Additionally, the blood cleared of the virus faster in patients treated with Interferon.  Many clinical symptoms such as abdominal pain, vomiting, nausea and diarrhea also disappeared earlier in the Interferon-treated patients.

An additional 17 patients in other Guinean treatment centres who matched the Interferon-treated patients based on age and the amount of Ebola virus in their blood were included in the analysis. These patients, who did not receive Interferon, more than doubled their risk of dying as a result of not being treated with the drug.

“Despite the limitations of a single arm, non-randomized study, we infer from these data that Interferon ß-1a treatment is worth further consideration for the treatment of Ebola virus disease,” said Fish, who is also senior scientist at the Toronto General Hospital Research Institute, noting that the decision to undertake the clinical trial was based on previous preliminary scientific data and the fact that currently no approved antivirals exist to treat Ebola.

In earlier work on human cells led by Fish, researchers compared how eight different drugs, in different combinations and at different doses, were able to inhibit the Ebola virus. As a result of using a mini-genome system to rapidly evaluate drugs, the most potent inhibitor of Ebola turned out to be Interferon.

Fish also pointed out that the on-site team for this pilot study was composed of 11 Guinean health-care workers who received, for the first time, relevant training in all aspects of conducting a clinical trial according to international standards. This team is now working with Fish to monitor Ebola survivors and the impact of treatment with Interferon.

An original outbreak of Ebola virus disease that began in West Africa in December 2013, mainly affecting Guinea, Liberia and Sierra Leone has now ended, but the risk of sporadic cases remain.

More than 11,000 deaths occurred as a result of that outbreak, with a high mortality rate of the disease estimated at around 60 per cent. The World Health Organization (WHO) declared the outbreak in 2014-15 a public health emergency of international concerns, and it is the largest outbreak to date.

This pilot study was funded by the Canadian Institutes of Health Research and supported by the European Mobile Laboratory, a partner of the (WHO) Emerging and Dangerous Pathogens Laboratory Network and the Global Outbreak Alert and Response Network.