U of T hurricane expert on monster-sized Irma 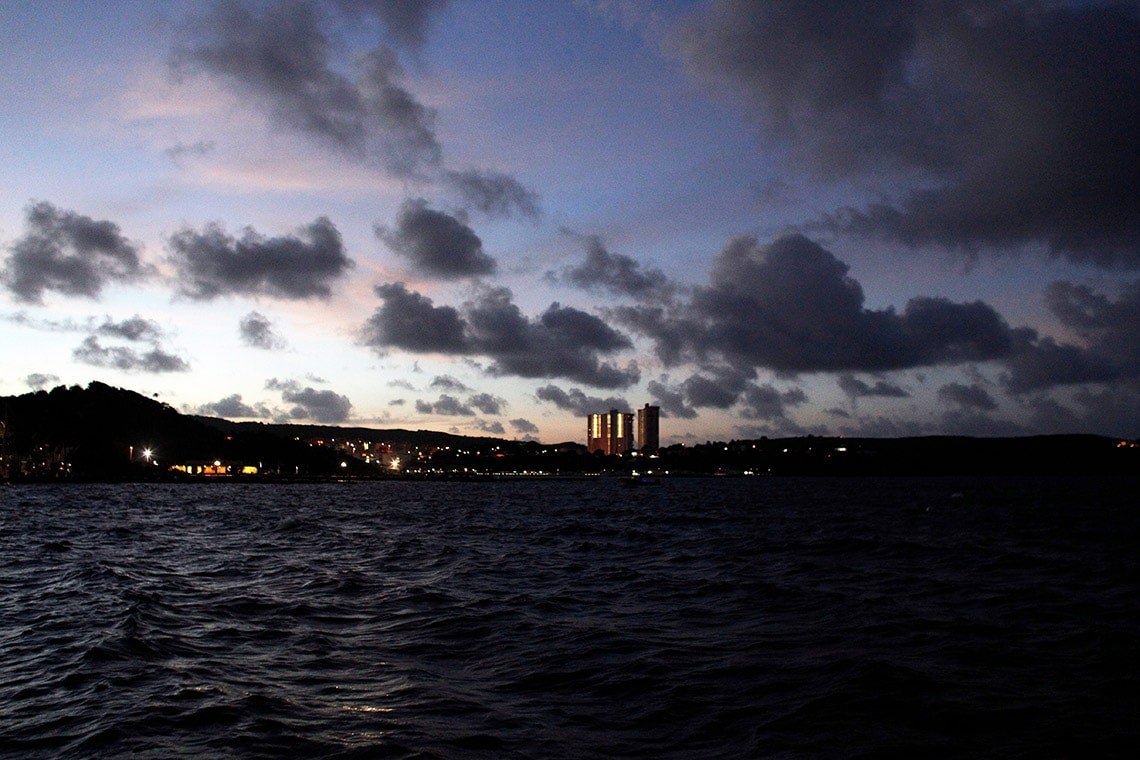 As Hurricane Irma approaches Puerto Rico, officials have activated the National Guard and announced the opening of storm shelters to house up to 62,000 people (photo by Ricardo Arduengo/AFP/Getty Images)

Hurricane Irma – reported to be the size of France – roared through the Caribbean, leaving a path of destruction and bearing down on Puerto Rico and Florida.

Less than a week after Tropical Storm Harvey tore through Texas and Louisiana, causing at least 65 deaths and billions of dollars in damages, Hurricane Irma is expected to be one of the most powerful hurricanes on record with maximum sustained winds of 185 mph – far above the 157 mph threshold of a Category 5 storm. On its heels still remains Jose, currently a tropical storm, in the mid-Atlantic. And early Wednesday, Tropical Storm Katia was developing in the southwestern Gulf of Mexico. U of T News spoke with Athena Masson, a PhD researcher in the department of physical and environmental sciences at U of T Scarborough who specializes in Atlantic-based hurricanes, on the frequency of the storms.

“While there is currently no direct link between climate change and an increase in major hurricanes, it is important to note that the more hurricanes that are forming will increase the chances of the Atlantic producing more intense storms,” she says.

How did Hurricane Irma form? How is it different from Harvey?

Unlike Harvey, which started to build strength in the Gulf of Mexico, Hurricane Irma formed in an area known as the Cape Verde region. This area is located just off Africa’s west coast near the Cape Verde Islands.

Hurricanes that form in this area typically have a better chance of evolving into major category storms (Category 3 and higher) because they are over the open tropical waters of the Atlantic for an extended period of time. This is what allowed Irma to grow into a major Category 5 hurricane with winds close to 300 km/hr.

Harvey, on the other hand, was in a smaller water area when it evolved into a Category 4 storm. The Gulf of Mexico is typically much warmer and allows for quick strengthening of systems, which is why Harvey went from a Tropical Storm to a Category 4 system in a 24-hour period. The big differences between these two storms are the size and the forward speed. Harvey was a very large storm throughout its lifetime and was very slow-moving. Once Harvey impacted Texas, it stalled over the state and continued to rain out for several days before moving out of the area. Harvey was a water storm due to its size and slow movement.

Irma is much smaller and moving fairly quickly across the Caribbean Islands. The small size of this hurricane makes it more of a wind storm and less of a water storm. We will likely see more wind damage associated with Irma compared to Harvey. Additionally, Irma is not forecasted to stall over a region, which will allow for rapid rescue and recovery after the storm has passed compared to Harvey, where rescue crews had to wait hours before they could find a break in the weather and venture out to help citizens.

Can you talk about the other hurricanes forming in the area?

Right behind Hurricane Irma we have Tropical Storm Jose, which is quickly strengthening and could become a hurricane in the next couple of days. Currently, we are not expecting an impact in the United States or Canada regions, but this is still a far off storm and forecasts will likely change. The Leeward Islands, which were just impacted by Irma, should monitor this storm closely over the next few days as it is expected to move close to the islands.

Additionally, we have Tropical Storm Katia in the Gulf of Mexico. This storm is expected to strengthen into a hurricane before it makes landfall in eastern Mexico.

What’s causing these storms and is climate change causing their increased frequency?

Sept. 10 marks the peak of hurricane season. It is a rare sight to see three storms at once in the Atlantic Basin, but it is not uncommon, especially during this time of the year. Major hurricanes typically start to form during the peak months of September and October due to the low atmospheric wind shear and the warm sea surface temperatures. One of several components a hurricane needs in order to form and strengthen are water temperatures of at least 26.5°C. Climate change has affected not only the atmospheric temperatures but also the ocean temperatures, which maintains heat longer than air. Oceans are maintaining their high temperatures even outside of the designated hurricane season. Climate change will aid in altering the Atlantic hurricane season calendar where it will be the norm to experience hurricanes form outside the designated time frame.

The North Atlantic basin could become a “year-round” hurricane season (just like the Northwest Pacific basin) in the distant future if temperatures continue to increase worldwide. We will likely experience an increase in the frequency of hurricanes forming during the hurricane season, which can lead to a higher possibility of land-falling storms along Atlantic coastlines and therefore more devastation. While there is currently no direct link between climate change and an increase in major hurricanes, it is important to note that the more hurricanes that are forming will increase the chances of the Atlantic producing more intense storms.

The storm is showing up on seismometers used to measure earthquakes. How is that possible?

While I am not an expert in earthquake science, this phenomenon has happened with other major hurricane events. The reason a seismometer is picking up on the strength of Hurricane Irma has to do with the very low barometric pressure and intense winds of the storm. This low pressure exerts force on the surface and especially the oceans. The low pressure acts like a large vacuum and lifts up the ocean water beneath the storm. The storm pushes this water forward and oftentimes impacts land, which creates immense storm surge due to this low pressure that is “picking up” the ocean beneath it.  Seismometers begin to record these pressure changes on the surface especially with powerful hurricanes. The lower the barometric pressure, the stronger the hurricane, the higher the wind speeds, and the more force that is exerted on the surface which seismometers pick up on.

U of T ScarboroughClimate Change