U of T helps launch an army of tree lovers 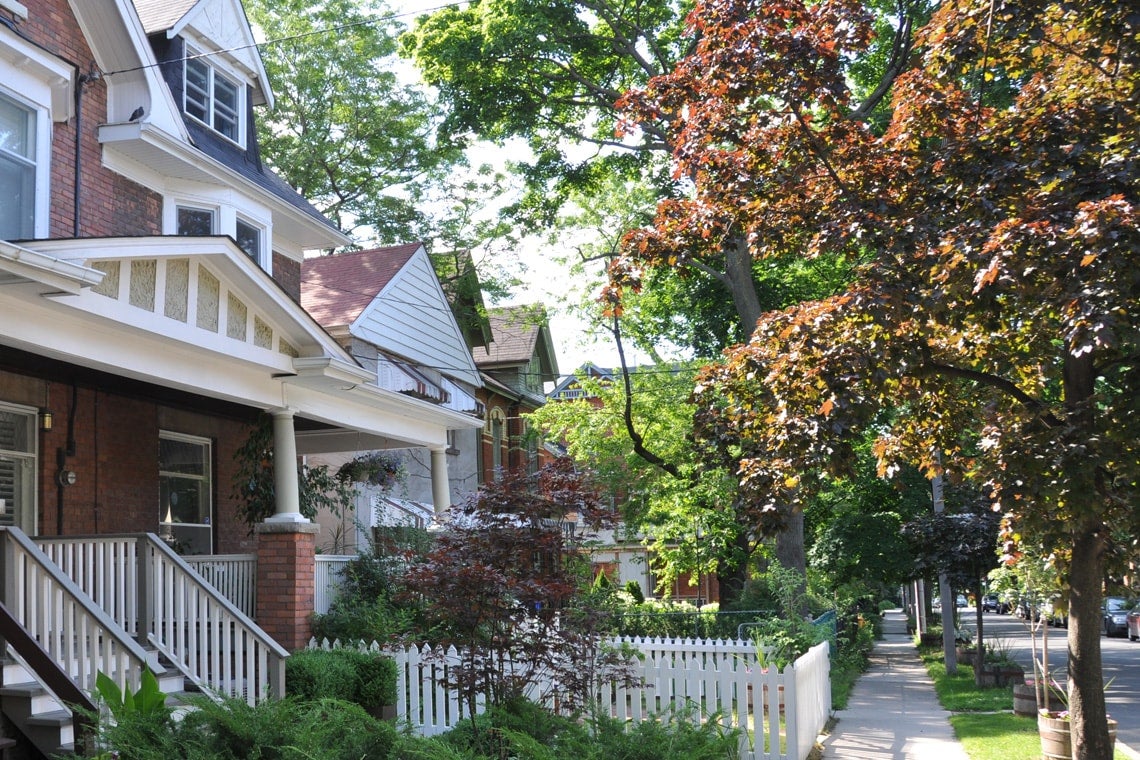 David Grant is passionate about Toronto’s trees. He’s particularly fond of the majestic silver maple that stood outside his Cabbagetown home. But he had never thought much about how to care for it – until three years ago when the ice storm hit.

Surveying the downed branches in his own yard and along his street, Grant wondered about the millions of other trees across Toronto. Did his fellow homeowners know how to care for them in the wake of such a damaging event?

Soon after, Grant met Sandy Smith, a professor in the Faculty of Forestry, who had an interesting idea: students from Smith’s graduate class in urban forest conservation would work with Grant and other Cabbagetown residents to devise a long-term plan for the care of their community’s trees. Residents themselves could then follow the preservation plan.

“It was like a dream come true,” says Grant.

Now, he is looking to replicate the success of Cabbagetown Releaf – the non-profit association he founded to carry out the plan – in other communities. And, once again, he has enlisted Smith’s help.

Early in October, Smith and a colleague, Danijela Puric-Mladenovic, spent the day training about 25 Torontonians in the basics of forest management at an event organized by Cabbagetown Releaf. The hope is that these newly trained “citizen foresters” will fan out across the city and set up urban forestry groups in their own communities.

“This is David’s vision to educate and build awareness, so the average person knows about the health of trees,” says Smith. “Governments can’t afford all the work that needs to be done.”

Smith likens “citizen foresters” to “citizen scientists,” a movement that has gained steam in recent years to involve members of the public in science projects, ranging from counting butterflies to tracking bird migration. A citizen scientist group in Toronto monitors the health of the Rouge River in Scarborough. Citizen foresters would do something similar for the city’s trees.

The effort aims to protect a valuable investment. A 2014 report by the TD Bank Group estimates that Toronto’s 10 million trees are worth about $700 each, or $7 billion in total. According to the report, the urban forest provides Toronto residents with more than $80 million worth of environmental benefits and cost savings each year, or about $125 per household.

These benefits include improved air quality, better storm water management, reduced flooding, and cooler homes and businesses. Trees also absorb carbon dioxide, which helps to slow climate warming. The study didn’t put a dollar value on less tangible benefits, such as the enjoyment people get from parks, but Grant sees these as no less important.

Looking ahead, Grant has no shortage of ideas about how to expand the program. He wants to encourage community members to grow trees from seeds and then have an annual seedling giveaway. He thinks there’s good potential for working with schools to have students grow seedlings and share these with neighbourhoods that need more trees.

He hopes that one day Toronto might be home to a small army of citizen foresters tending to the urban canopy.

“We need to protect what we have,” says Grant, “and to start doing things for future generations.”

Learn more about the Citizen Foresters

(This story originally ran in U of T Magazine)