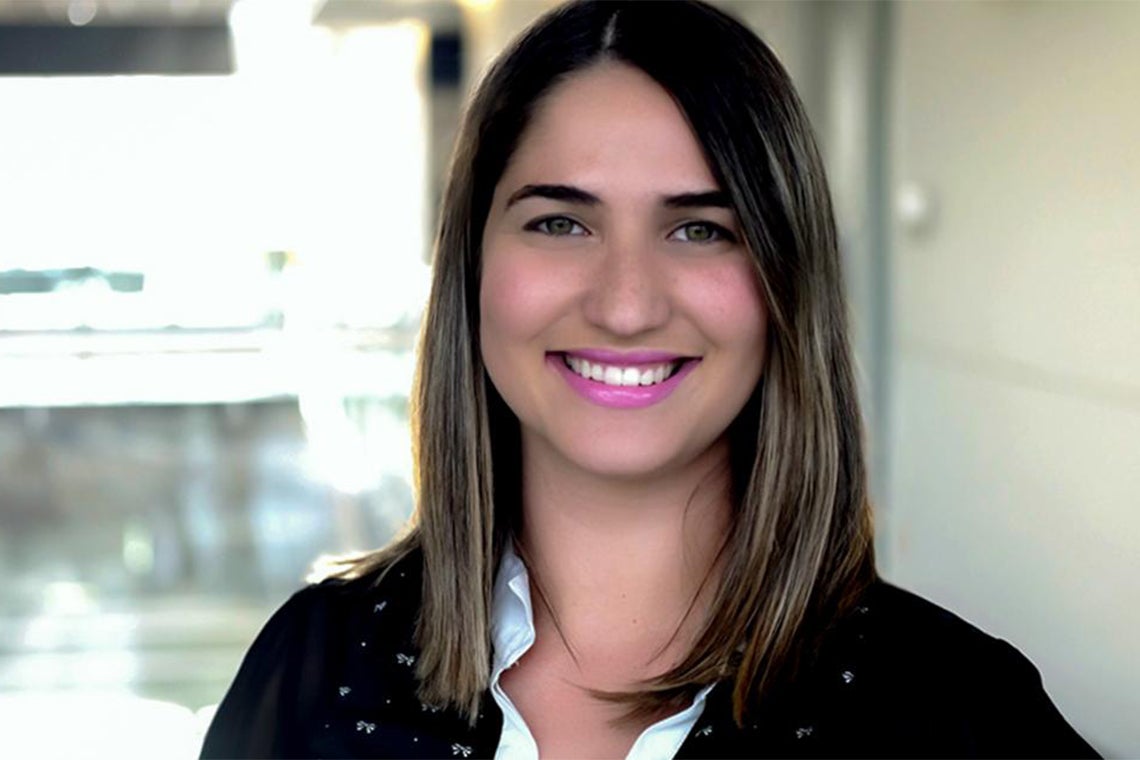 Giovanna Schver says she spent more time at the Leslie Dan Faculty of Pharmacy than at her home during the six years she spent working on her PhD in pharmaceutical sciences.

On top of her academic work, she volunteered and participated in student government activities, helping to build the graduate student community at the faculty. She was recently recognized for her efforts with the University of Toronto Student Leadership Award (formerly Gordon Cressy Award).

“The Faculty of Pharmacy was my home for six years, so receiving recognition from U of T was amazing,” she says. “It’s almost like being recognized by your family.”

Schver first visited U of T for a four-month research trip while was working on her master’s degree at the Federal University of Pernambuco in her hometown of Recife, Brazil. She later decided to come back to the faculty and work under supervision of Professor Ping Lee for her PhD, which focused on developing new strategies to enhance the delivery of poorly soluble drugs so they can be more effectively absorbed by the body.

While Schver took on small volunteer roles early in her PhD, she began getting more involved a few years into her degree when she was elected to student government. She held various positions in the Pharmaceutical Sciences Graduate Student Association (PSGSA), including social director and president, leading a team that organized many social, fundraising and education events. She also developed two successful new initiatives: a mentorship program that paired graduate students with mentors based on their career goals and a series of lunch-and-learn events that allowed students to learn more about professors’ careers in an informal environment. Both programs helped boost students’ interactions and created a greater sense of community in the faculty.

Most recently, Schver has been active in U of T’s student chapter of the American Association of Pharmaceutical Sciences. On the committee, she established a research collaboration between U of T, Université de Montréal and the University at Buffalo (The State University of New York), which led to joint research days and free workshops for U of T students.

Schver says that volunteering has many benefits. She says it helped her develop skills that she can use in her future career, including managing a large team of volunteers. “You can develop a lot of transferable skills while volunteering that you can’t just by working on your PhD project,” she says. “All the opportunities that I had to be involved helped me develop personally and made me more prepared to join the work force.”

In April, Schver successfully defended her thesis virtually and, only a week later, she found a position as a pharmacokinetic scientist at a research organization.