U of T first in Canada in global reputation rankings 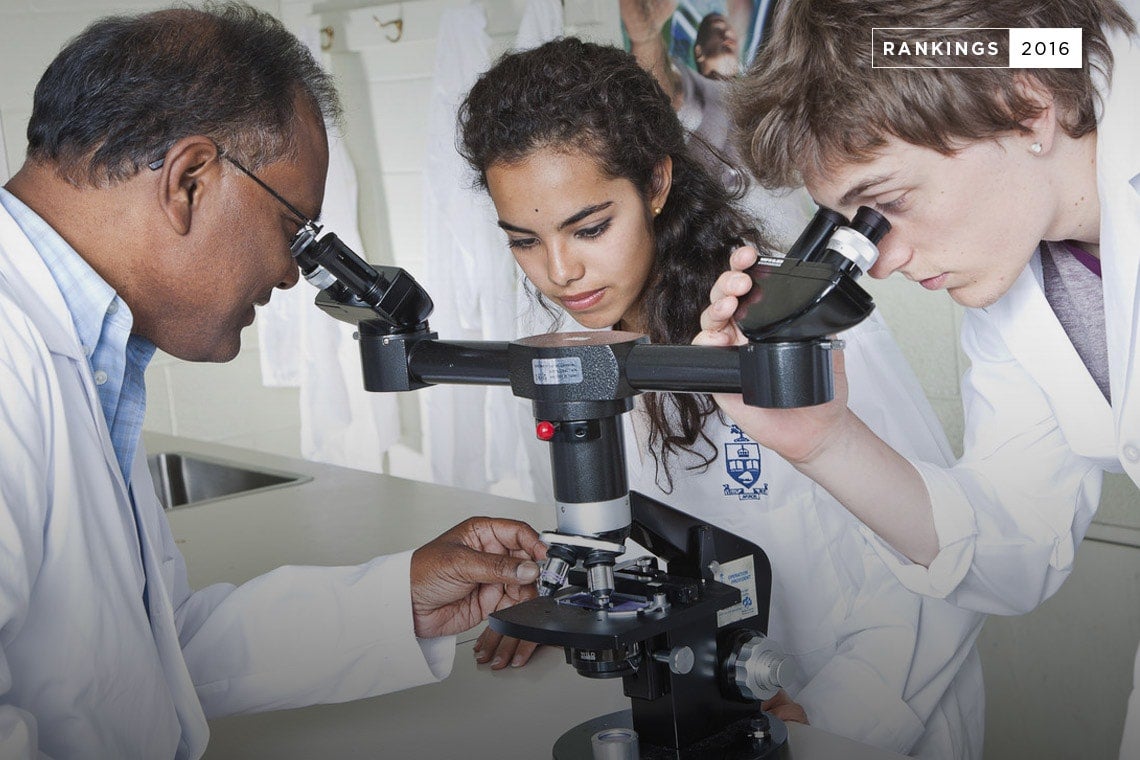 The University of Toronto is first in Canada and one of the top 25 universities in the world, according to the prestigious Times Higher Education World Reputation Rankings.

These latest rankings, published May 4, place U of T at 23rd. This reflects one component of the data gathered for Times Higher Education’s comprehensive World University Rankings, in which U of T is currently ranked 19th overall in the world.

In this week’s reputation rankings, Harvard University leads the way, followed by MIT, Stanford, Cambridge and Oxford. Besides U of T, the only Canadian universities to make the top 50 are the University of British Columbia (37) and McGill (39).

The reputation rankings are based on an invitation-only survey of more than 10,000 academics around the world, taken between January and March of this year. Scores are based on the number of times an institution is cited by respondents as being the best in their field. In the survey, scholars were asked to name no more than 15 universities that they believed were the best in research and teaching, with research given more weight.  The number one institution, Harvard University, was the one selected most often.

“This latest ranking confirms again that U of T’s incredible breadth and depth of academic excellence are recognized by scholars around the world,” said U of T president Meric Gertler. “Our faculty members have built a global reputation for their research and teaching, reflecting their impact in addressing the most important questions of our time.

“At the same time, the rapid rise of universities in China and the rest of Asia in this year’s reputational rankings should be a sign to our own governments that public support for higher education and research is critically important.”

U of T consistently does well in global rankings tables. In 2015, U of T placed 25th in the Academic Ranking of World Universities by Shanghai Jiao Tong University, 16th in the U.S. News & World Report Best Global Universities ranking and third in the Taiwan National University ranking.

Read more rankings stories about U of T