U of T film student documents her disorder to raise curtain on epilepsy, normalize disabilities 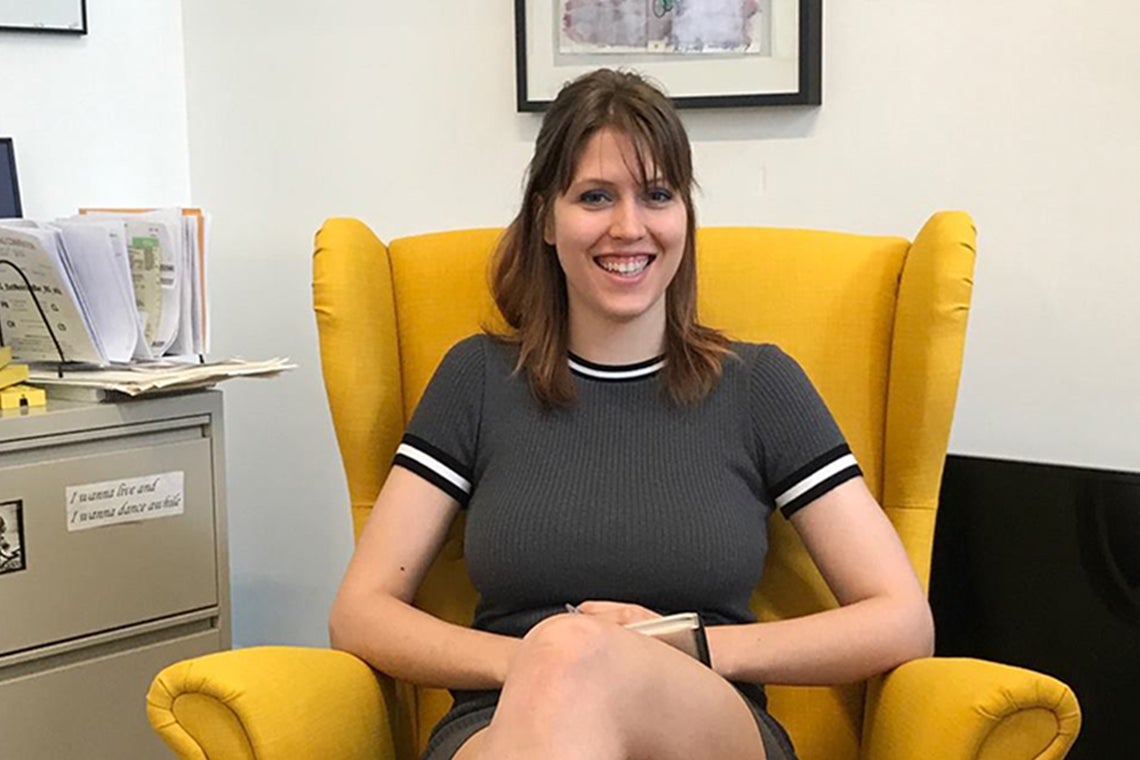 It’s not easy making a movie about your chronic disorder.

Yet, that’s exactly what the University of Toronto’s Sally Walker-Hudecki set out to do when creating a short film called Foreign Ages that premiered at the Toronto Queer Film Festival in March.

The seven-minute film is Walker-Hudecki’s attempt to capture what she experiences during seizures caused by temporal lobe epilepsy – what she sees, feels and thinks.

“It was very hard to do, facing all the fears I had about what people would think about me, and the discomfort that sharing health problems can cause others,” says Walker-Hudecki, a third-year cinema studies student in the Faculty of Arts & Science and a member of Innis College.

“It's hard to explain something that makes people so uncomfortable to hear about and witness, and something they just don't experience.”

When Walker-Hudecki has a seizure, she remains conscious and semi-aware of what’s happening around her – but she’s unable to speak.

“It’s like very odd altered states of consciousness,” she says. “To others, it might appear like I've gone limp, but my eyes are open and I'm still awake. It's very strange and surreal. And with the film, I’m trying to document and portray this from the inside – from my perspective as the person experiencing it.”

In part, the film is an educational tool, showing others what life is like with this condition.

“People I’ve told about my epilepsy who aren't very informed tended to either shy away from how dangerous it can be, minimize it or have narrow information and try to give me advice based on that,” she says.

For example, Walker-Hudecki says people, perhaps well-meaning, have encouraged her to never walk across a bridge and never go anywhere alone. 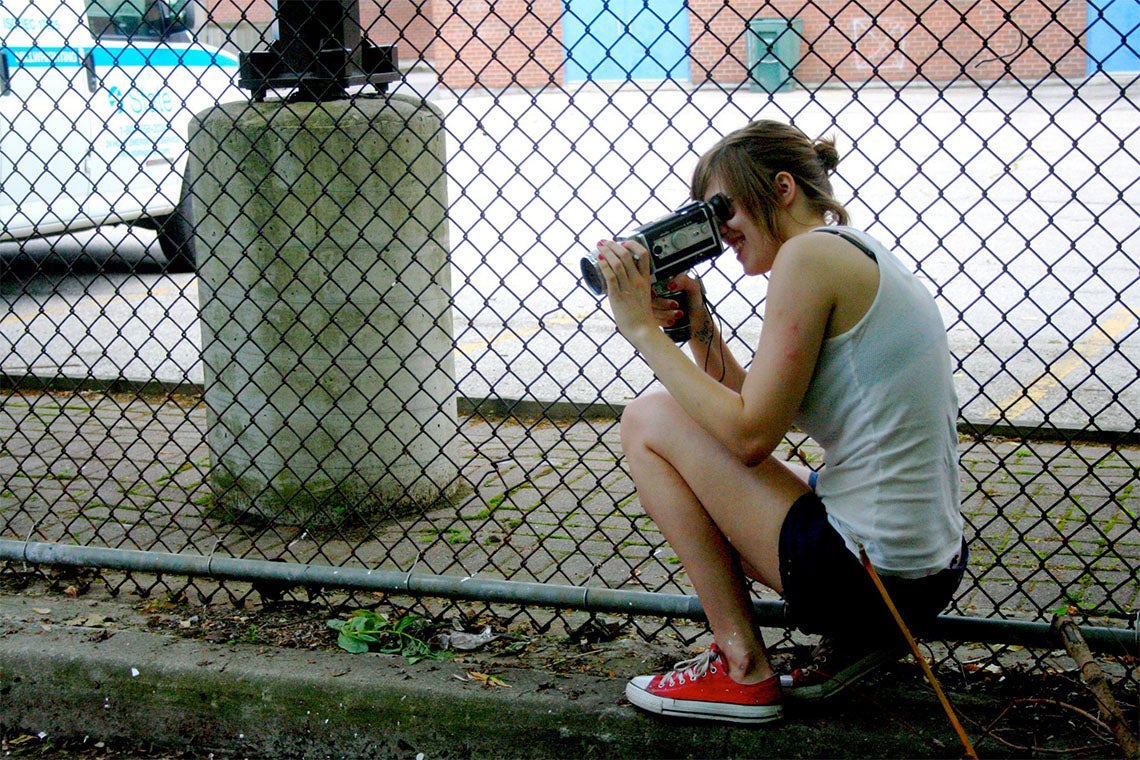 Sally Walker-Hudecki, who first enrolled at U of T in 2008 but later left to pursue film-making and communications work, returned to university in 2019 to complete her studies, saying the cinema studies program expanding her understanding of film and film analysis  (photo courtesy of Sally Walker-Hudecki)

The film consists of a series of artistic indoor and outdoor urban scenes paired with Walker-Hudecki narrating what she is feeling and what is going through her mind. Occasionally, in the corner of the screen is a second smaller screen – with Walker-Hudecki doing day-to-day activities such as putting on make-up, dancing or playing music.

“I wanted to show glamorous, beautiful, fun moments to help people without disabilities question their preconceptions about what people with epilepsy might look like or what they might be doing the rest of the time when they’re not having seizures,” she says.

How does it feel to make and then show such a personal film?

“It's quite nauseating at first, it’s terrifying, especially before it actually plays,” says Walker-Hudecki. “It's very similar to stage fright. When you're on stage doing your performance, you're fine. But the lead-up gets worse and worse until it happens.

Walker-Hudecki first came to U of T in 2008, but left in 2010 to focus on communications work for organizations like Epilepsy Ontario – that is, when she wasn’t traveling and making short films.

“But it bothered me that I didn't finish,” she says. “I missed the structure of school and I just felt like I didn't know exactly how to describe my films, and I didn't understand as much about the historical context of what I was making. So that lured me back in 2019.”

She says it was definitely the right decision, with the cinema studies program expanding her understanding of film and film analysis.

“The strength of the program is certainly its focus on theory, and contextualizing film through theory and history,” she says. “I didn't even know that this kind of analysis that I felt naturally drawn to was even a discipline."

Her courses and instructors “break down films in such a way, talking about the historical context they came from, or what they could have been responding to politically … I didn't have the same words I'm using now to describe what fascinated me when I watched films.”

Set to graduate next year, Walker-Hudecki has her sights set on directing. She’s inspired by directors like D. A. Pennebaker, the influential documentary filmmaker who is heralded for chronicling the hippie culture of the 1960s.

Walker-Hudecki was moved by Pennebaker’s documentary Monterey Pop that captured the famous 1967 music festival with artists such as Otis Redding, Jimi Hendrix and the Who.

“There's something about the way Pennebaker filmed performances that just gave me a feeling that film can be an art,” she says.

Walker-Hudecki is also considering pursuing graduate studies in film, but no matter what she decides, she intends to continue to experiment with filmmaking.

In the meantime, she’s grateful to the Toronto Queer Film Festival for showing her work.

“They had such an openness towards intersecting identities,” she says. “They were looking for people making films about experiences with disability, and experiences with being gender non-conforming. I just found it so precious to be able to feel recognized for these different areas – having a disability, identifying as bisexual and making films all in the same event.

“No one can understand your experience of something, even when it is as common as epilepsy, if you don't just try to show them. Also, I wanted to remind others that we as people with disabilities have just as much right to enjoy ourselves, feel beautiful and silly, and have as much fun as anyone.”