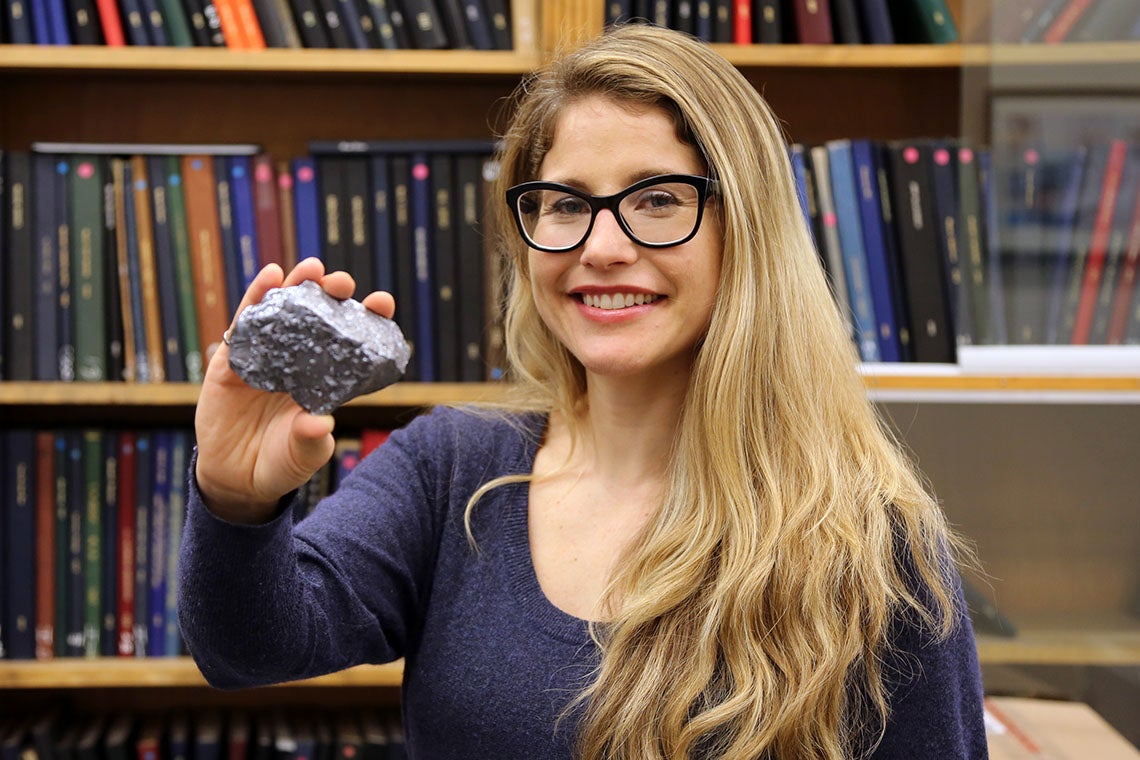 Whether it’s copper for electric cars or lithium for cellphones, many everyday technologies and devices are made of or rely on metals. But mining and extracting these valuable commercial minerals can come at a catastrophic cost to the environment.

The process of comminution – crushing and grinding billions of tonnes of rocks a year – is estimated to account for more than four per cent of the world’s energy consumption. Erin Bobicki, an  assistant professor in the Faculty of Applied Science & Engineering, wants to decrease the energy required for comminution by 70 per cent.

She and her collaborators in academia and industry are developing a cleaner solution using microwave technology.

“Metal is the basis of almost all the things we know and love – we need mineral processing to function as a society. Unfortunately, it’s extremely energy inefficient. If we can change that, it would make an enormous difference in mining,” says Bobicki, who has researched microwave applications in mineral processing for more than a decade.

Bobicki is leading a team to compete in the Crush It! Challenge, a competition launched by Natural Resources Canada to develop innovative solutions to reduce the energy used for crushing and grinding rocks in the mining industry. Her team, CanMicro, has just been named one of six finalists in the competition, receiving $800,000 in funding to pursue their solution.

By November 2020, the team who demonstrates the most energy savings will receive a $5 million grant to commercialize their technology.

CanMicro’s technology aims to reduce the amount of energy involved in the grinding process by exploiting the fact that valuable minerals tend to be most responsive to heat. When exposing rocks to high-powered microwaves, this variability in thermal response allows rocks that contain valuable minerals to be sorted from those that don’t.

“That means you don’t grind the ones that don’t contain anything valuable – there’s energy savings right there,” she says.

The intense blast of heat also applies stress and strain on the rocks that generates fractures across the mineral grain boundaries, which also reduces the energy required for grinding.

“We don’t have to grind it as fine because what we’re interested in has already been liberated,” says Bobicki. “Yet another opportunity for energy savings.”

The use of microwaves in the mining industry has long been considered a niche application, says Bobicki. That’s mainly because of the hurdle in developing the technology at a larger scale to handle a high tonnage of rocks.

“That’s what excites me about this project,” she says. “The objective is to scale up.”

CanMicro – which includes Professor Chris Pickles from Queen’s University as well as industry members at Kingston Process Metallurgy, Sepro Mineral Systems, COREM and the Saskatchewan Research Council – now have 18 months to test and pick the right microwave equipment before building a pilot plant in Kingston, Ont.

“I think we have a lot of risks to overcome, since this technology has never been scaled up before. But we believe that we’re going to get much better results at high power and achieve significant energy savings,” says Bobicki. “I think our chances of winning are very good.”

Beyond the competition, Bobicki is excited to see the potential of this technology one day applied, not only at a large scale, but across the mining industry.

“You can’t apply this technology to all rocks but imagine if it worked for half of the ores and we were able to reduce half of the energy required for breaking the rocks – that’s huge at a global scale,” says Bobicki.