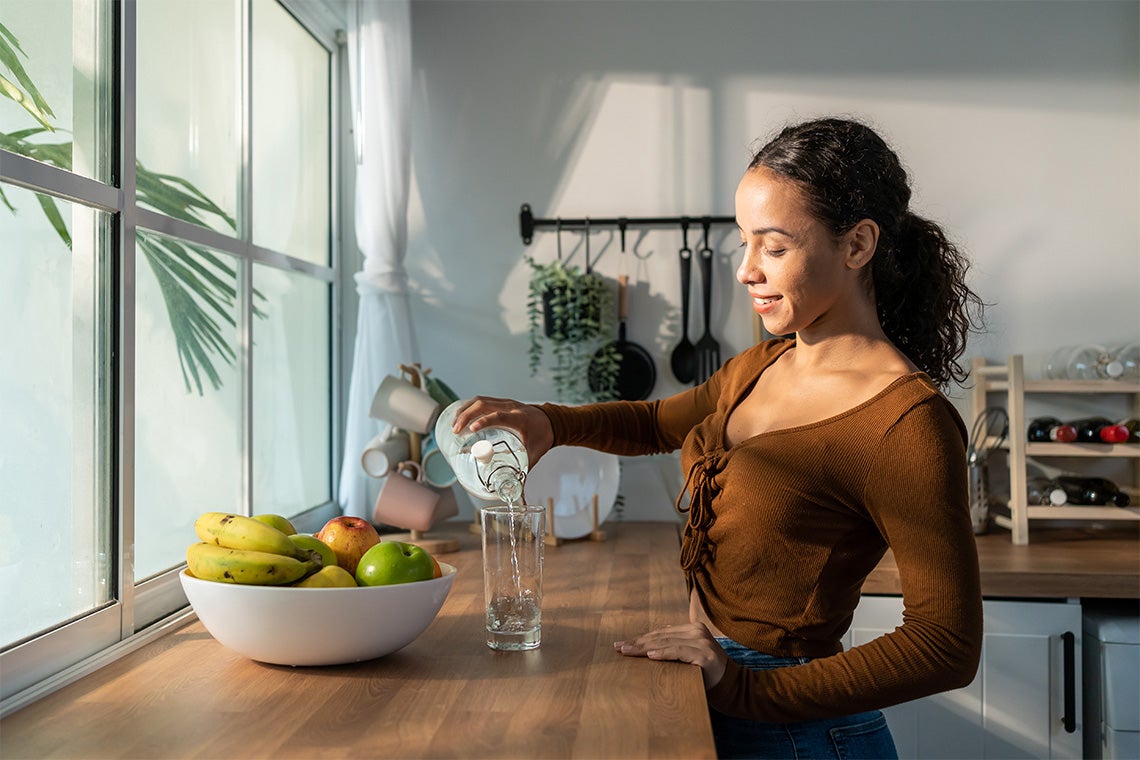 But what happens to your body when you add exercise to the mix?

Matthew Lees and Eric Williamson, both of the University of Toronto's Faculty of Kinesiology and Physical Education, have studied the effects of intermittent fasting on muscle health in the general population and older adults. Lees, a postdoctoral researcher, and Williamson a PhD student and registered dietician, conducted the research with Associate Professor Daniel Moore.

“Finding ways to lose weight that are as simple as skipping a meal is very difficult because many people find it hard to manage their hunger while being in a caloric deficit,” Williamson says. “But, if they find that their hunger is well managed with intermittent fasting and they plan to exercise at the same time, then it can be an effective tool for losing fat.”

Lees and Willamson spoke to writer Jelena Damjanovic about the benefits of complementing intermittent fasting with exercise.

What is intermittent fasting?

Eric Williamson: Intermittent fasting means going without food for an intentional period of time. There's no real strict definition of how long that time has to be, but for the most part, it's at least 12 hours. Most people will practice intermittent fasting with the intention of losing weight. The thinking behind this is that intermittent fasting will keep your insulin levels lower and by lowering insulin, which is known as the fat-storing hormone, you will lose body fat.

What does the science say about it?

EW: Research in this area provides ample evidence that the majority of people who practice intermittent fasting will typically lose weight, but not for the purported reason of lowering insulin levels. Rather, evidence shows that skipping meals does not typically lead to compensatory eating. So, if you skip breakfast, you will typically eat a little bit more at lunch, but you won't eat as much as if you had eaten breakfast. That ends up putting you into a caloric deficit and, by the laws of physics, it is what leads to the loss of mass overtime.

What’s the appeal of intermittent fasting?

EW: Finding ways to lose weight that are as simple as skipping a meal is very difficult because many people find it hard to manage their hunger while being in a caloric deficit. But, if they find that their hunger is well managed with intermittent fasting and they plan to exercise at the same time, then it can be an effective tool for losing fat.

What’s the benefit of combining intermittent fasting and exercise?

EW: Research indicates that if you are going to practice intermittent fasting, you should combine it with exercise – in particular resistance training. The reason for that has to do primarily with protein metabolism. We know that having our protein intake in multiple feedings throughout the day is better for our lean mass and for lean mass retention over time. Muscle is a significant component of lean mass, so if you are fasting, you are skipping these opportunities for the effects of a protein intake on your muscle metabolism and risking muscle atrophy.

Put simply, when people practice intermittent fasting without exercising, they are losing weight, but much of it often comes from the muscle in the lean mass. If they are exercising, then that shifts from a loss of muscle mass to a loss fat mass, so that’s a large benefit.

Are certain types of exercises better paired with intermittent fasting than others?

EW: Yes, the effects of resistance exercise in particular are so potent that you would likely still be able to preserve muscle, or at least not lose it as quickly, if you're practicing intermittent fasting at the same time. On the other hand, if somebody was looking to gain as much muscle and strength as possible, like a powerlifter or bodybuilder, they may want to avoid intermittent fasting, because they’ll need both the stimulus of resistance training and protein feedings throughout the day. Some may find they still gain muscle while practicing intermittent fasting, but it likely won’t be as quickly as with regular meals and snacks.

Athletes who are trying to maximize performance should also be cautioned as they have very high energy needs; meaning, they’ll need a lot of food.  If they're practicing intermittent fasting, they're limiting their opportunities to gain that energy. By missing protein feedings, they may not be at as high of a risk of atrophy, but they are risking maximizing their potential. Athletes who are eating more regularly throughout the day are going to be more likely to meet their energy needs, recover better and adapt to their training better.

Does it matter what time of day you choose to fast?

EW: There are potential benefits to practising intermittent fasting later in the day. Most people skip breakfast because it's easy – you’re in a rush, you’re not that hungry because our appetites decrease as we sleep. But, from a metabolic perspective, you’re better off skipping your evening snack or dinner rather than breakfast.

There are a couple of reasons for that. One is that we’re more metabolically primed in the morning, not necessarily for protein intake, but for other nutrients. We tend to metabolize nutrients better in the morning. Secondly, nighttime is usually when the junk foods come out. So, if somebody says I'm not going to eat after eight, for example, they're probably eliminating some of these calorically dense, low nutrient foods.

How does age factor in?

Matthew Lees: As we get older, we’re at an even higher risk of muscle atrophy. The body becomes less efficient at using the protein that we consume in the diet and that process, known as anabolic resistance, is made worse by being sedentary.

You see it happen with people after a hip fracture, for example. Even short periods of bed rest tend to lead to anabolic resistance. If you’re also truncating all of your meals within, say, an eight-hour timeframe within the day, you have long periods when you’re not feeding. There's no anabolism occurring during that period, because there's no feeding and without exercise that's made even worse.

So, would you advise against intermittent fasting in older adults?

ML: From the perspective of muscle health, it’s just not ideal for an older person to engage in the practice of intermittent fasting, because it's counterintuitive towards what's best for muscle in an aging population. They need regular stimulation of the processes that build muscle and that’s what feeding and exercise do. Having a long period where you don't consume any dietary protein is just not conducive to skeletal muscle health in an older population.

If your main goal is weight loss, then it can be a useful tool in younger populations if it fits into their lifestyle. But, for older people, weight loss is not always the principal goal and oftentimes it can be counterproductive. There are studies showing that a little bit of extra weight in older people is actually beneficial.

Is there anything else people should know about intermittent fasting?

EW: Intermittent fasting can be a useful tool for younger populations, who have a lower risk of atrophy. But, no matter the tool, I always recommend speaking with a professional before attempting to lose weight. There are some minor physical risks to weight loss, but the mental health concerns can be great. There's mounting evidence to suggest that food relationship issues can present for some individuals who intentionally skip meals. For the reason of maintaining a positive relationship with food and body as well as to preserve or enhance physical health, I suggest that nobody attempt weight loss without speaking to a professional.