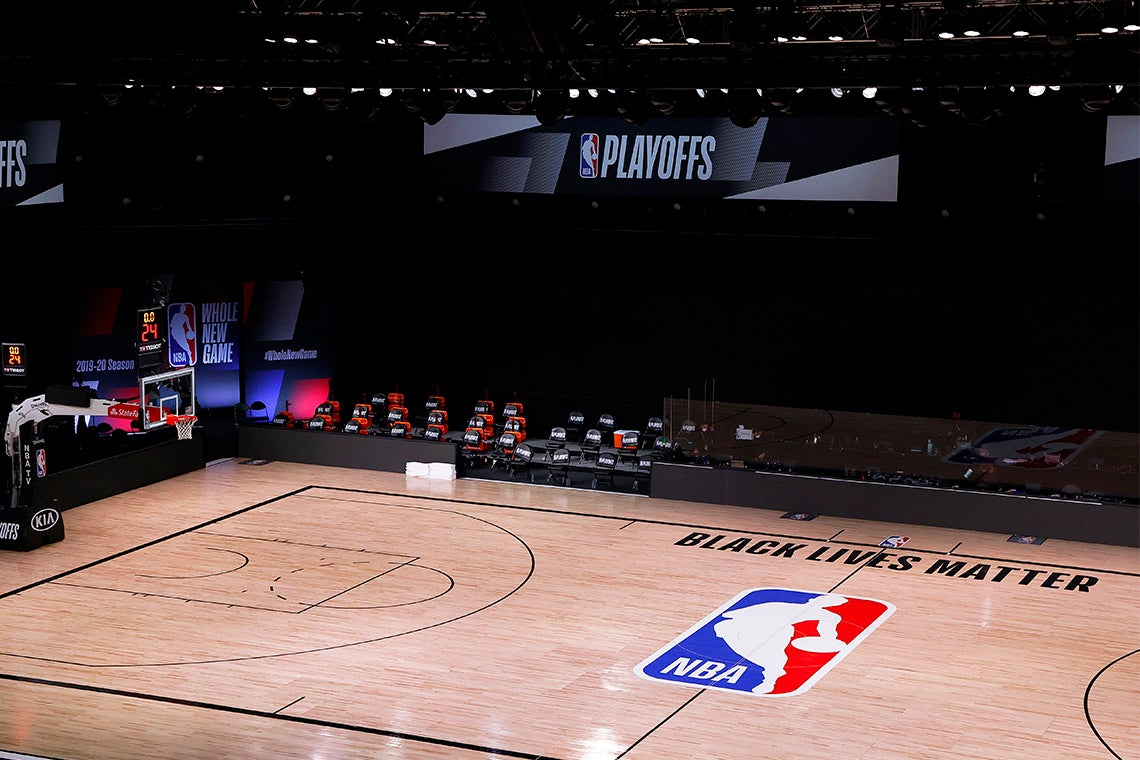 When players for the Milwaukee Bucks decided not to leave their locker room for Game 5 of the NBA playoffs against the Orlando Magic in response to the police shooting of Jacob Blake, a Black man, in Kenosha, Wis., the move did more than grab headlines.

Within hours, players from every NBA team scheduled to play that day or the next decided to sit out their games. Major League Baseball, Major League Soccer and WNBA players soon followed suit and on Aug. 27 the NHL suspended its playoff games for a day. 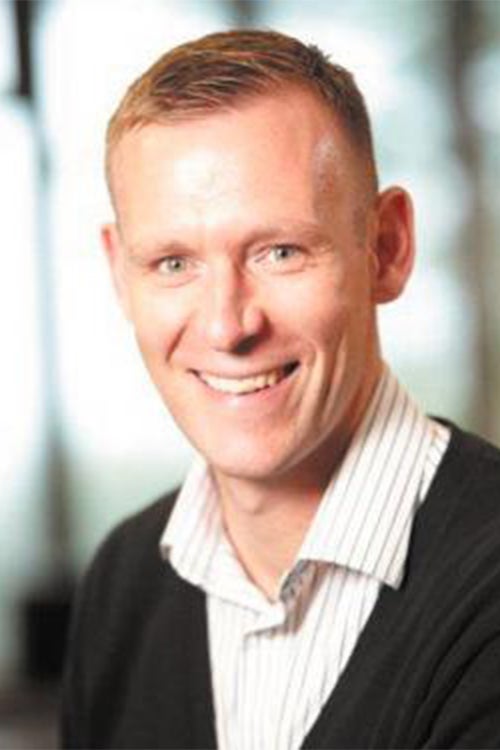 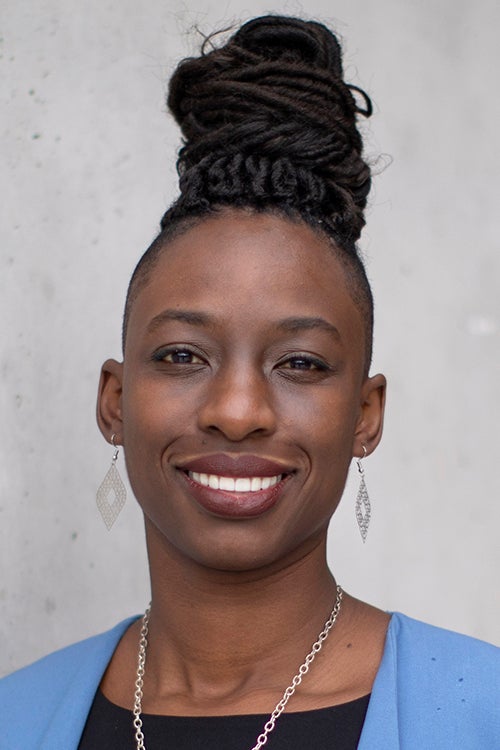 Assistant Professor Janelle Joseph (right) and Associate Professor Simon Darnell (left) of the University of Toronto’s Faculty of Kinesiology & Physical Education recently spoke with writer Jelena Damjanovic about the unprecedented week in sport and what we can expect to see in the future.

Joseph teaches race and Indigeneity in sport, while Darnell specializes in sport for development and peace, with an eye on athletes as activists.

Over the years, we’ve seen individual athletes taking a stand against social, racial or political injustice. But we've never seen all the players in a major league – let alone four leagues –boycott games and matches in solidarity with a cause. How do you explain the mass response?

Darnell: I think there are several reasons for what is happening now. One is that we are in something of a new era of agency and empowerment amongst professional athletes. This can be seen in the way that athletes now take control of their contracts and their playing situations, but also in how they curate their brands and images and how they use social media. So for those reasons, I think many athletes are less intimidated about speaking out than they used to be, and also have more control over their own messages and narratives when they want to express a political perspective. Another reason is that we are in a significant moment of racial politics, upheaval, and resistance and many athletes want to be on the right side of that history.

Finally, it needs to be recognized that there is support for athletes from their professional leagues that we haven’t seen before. Until recently, leagues like the NFL and NHL largely stood in the way of athletes speaking out on social and political issues. These leagues have become much more supportive in a short period of time. They are likely motivated by protecting their brands, but the results are significant regardless. There is still more that leagues can do, but the context has certainly shifted.

Joseph: The consequences of an individual response are borne by individual athletes who could lose their endorsement deals or worse, their livelihoods. Athletes know that together they are stronger and that without their labour the leagues have no games to advertise and no income. Together athletes can leverage their power. The initial response from a few players extended to a few teams, then a few leagues, as a result of the intersections of money and power in the anti-racism movement.

The leagues recognize that standing in the way of athletes who are demanding change will only result in prolonged unrest and that the symbolism of a short pause in play is a powerful way to communicate that the leagues’ values are aligned with the fight for social justice.

The NHL decided to suspend its playoff games a day after all the other major leagues did it, prompting some on social media to declare the NHL is always last to join the party. What's your take?

Darnell: I think in comparison to leagues like the NBA and NFL, which are more closely associated with Black players and with Black culture, the NHL has felt somewhat insulated from issues of police violence and from movements like Black Lives Matter. But the efforts of Black NHL hockey players like Matt Dumba, Evander Kane and Ryan Reaves have really forced the NHL’s hand. The league was indeed last to the party, but those players made sure that the league didn’t miss the party altogether.

Joseph: The predominantly white players, owners, and league executives in the NHL likely have little personal experience with racism and discrimination, meaning that they may not be feeling the acute rage and despair that racialized people are feeling right now. Those who have the least privileges, in contrast, are often at the forefront of the fight for change.

Let’s not forget the WNBA league and players who were among the first to say they’ve seen enough. Women professional basketball players have been fighting for many social justice issues, including maternal rights, health care and criminal justice for many years. A majority of women in the WNBA experience social injustice as lesbians, women of colour and working mothers, and they can readily see how society needs to change. Players like Maya Moore and Natasha Cloud have sacrificed their entire seasons because they understand the important role they can play in bringing attention to social reform.

The fact that the NHL didn’t join the boycott initially is a signal of how removed some of the players, owners and league executives are from some of our society’s problems. Fortunately, the outreach initiated by Black hockey players is being supported and advanced by all members of the NHL community. It’s never too late.

What do you think will be the impact of this boycott on the leagues, the athletes, the fans and, importantly, the battle for racial justice itself? Can sport change the world, as Nelson Mandala once famously proclaimed?

Darnell: Sport cannot solve issues of systemic racism on its own. But sport and famous athletes can certainly make an important contribution to social change. Real social change always takes time and it tends to proceed circuitously, rather than linearly, but it’s a great sign for sport – and for the world – to see professional sports leagues and high-profile athletes contributing to the momentum that is needed to end racism.

Joseph: The athletes certainly were effective in getting the world’s attention. The direct impact of the boycott is that people are talking. Those who didn’t see the connections between sport and politics are now asking a few questions. The issues of anti-Black racism are now more of a mainstream conversation topic.

This moment will certainly affect the leagues in terms of discussions about partnerships with Black-owned businesses near arenas and about what can be done to fix the relatively low numbers of Black head coaches. According to the Institute of Diversity and Ethics in Sport, only 23.3 per cent of head coaches are Black compared to 74.2 per cent of the NBA players. Change starts with these conversations in broader society and among the decision makers at the highest levels of sport.

Darnell: I think players are going to insist that action be taken by leagues and owners in support of these causes and movements. We are already seeing, for example, the NBA pledging to make their arenas available as polling stations to support voter turnout in the upcoming U.S. election. I think players are going to demand that these kinds of actions continue. Rhetorical commitment, it seems, is no longer enough.

Joseph: The leagues’ day of rest should be prompting all of us to consider what we can do to address the racial hierarchy around us. We need to get comfortable with acknowledging there is a problem of racism and recognize that silence only advances the status quo.

Athletes taking a break is merely symbolic. It is our everyday actions that show that Black lives matter.