U of T experts use deep learning AI for predictive animation 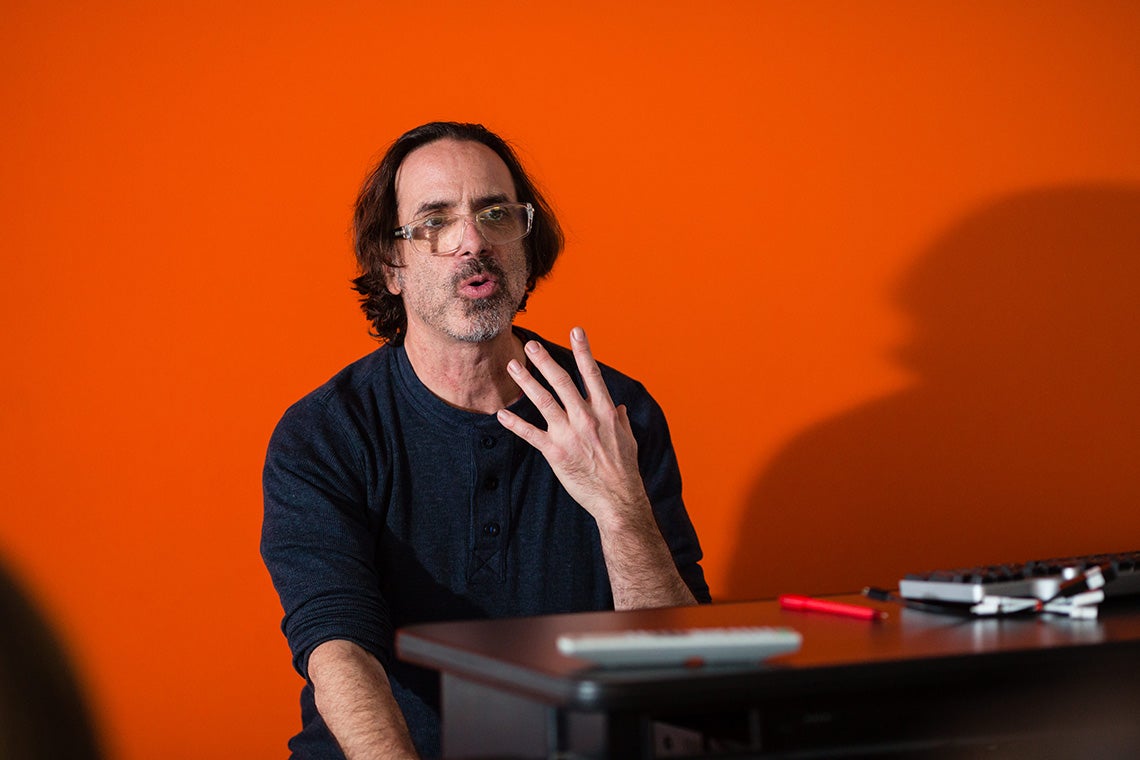 Deep learning algorithms allow computers to learn from large amounts of data and are known for advancing the state of the art in the artificial intelligence field, leading to smarter cancer treatments and self-driving technology.

“As an animator, I’m trying to animate realistically,” said Chris Landreth, an Academy Award-winning animator and filmmaker who was appointed to U of T's computer science department as a distinguished research artist-in-residence.

The premier event attracts thousands in the research, animation and software industries. It’s where Disney-Pixar screened its earliest advances in computer animation, including the 1989 Academy Award-winning Tin Toy.

Using findings from psycho-linguistics literature, the researchers have created a network to predict visemes – the look of mouth shapes – which map to vocal cord sounds. Phonemes such as p, b, and m correspond to a single viseme. Also, a single phoneme – such as “oh” – can vary in appearance from face to face.

This variation is the result of how we breathe, as well as tongue, jaw and facial muscles used in speech. Their network predicts these movements, which track to the lower part of the face.

Combining the results of phonemes and facial movements, the researchers are able to use only an actor’s voice as audio input to predict the speech motion curves. These curves are then fully editable in animator software, which the researchers say is a fundamental advantage of their method.

This research was supported in part by the Natural Sciences and Engineering Research Council of Canada (NSERC).