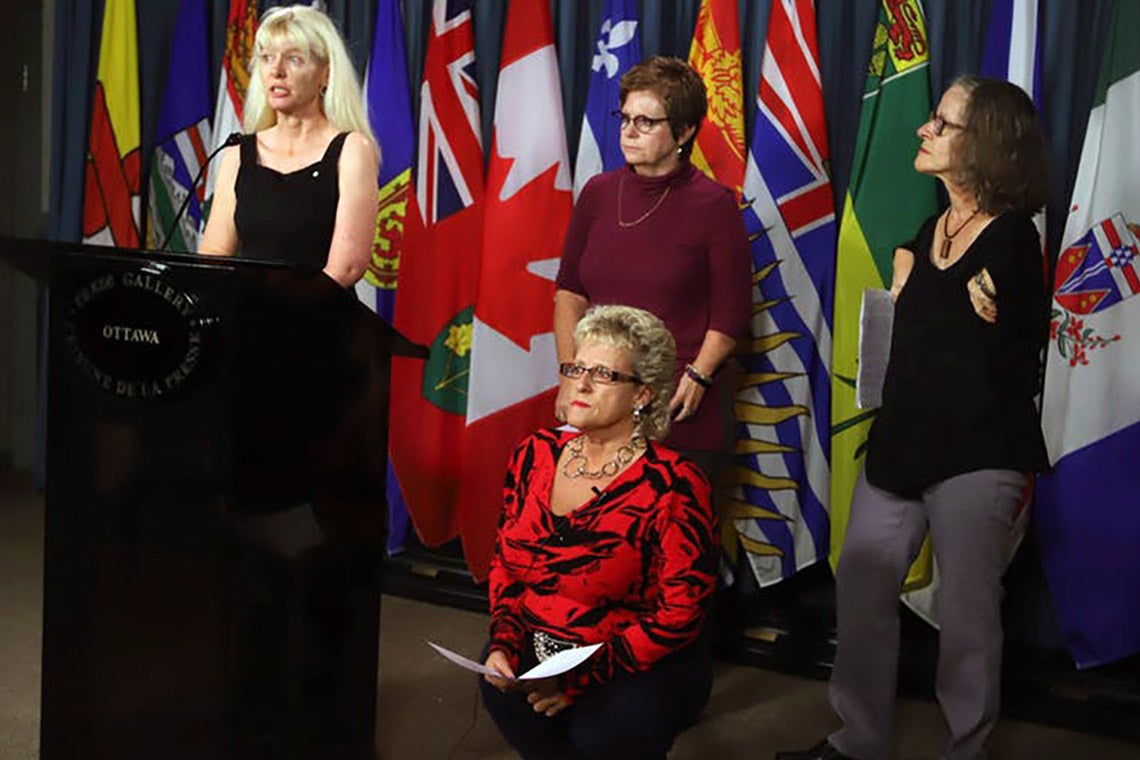 In 2015, after decades of fruitless lobbying, Canadian survivors of thalidomide finally received compensation from the federal government.

The drug was a supposedly mild sleeping pill, a “wonder drug” that helped pregnant women with the symptoms of morning sickness. It caused an estimated 24,000 babies to be born with severely deformed limbs and other major medical problems globally.

Now, a new book, The Thalidomide Catastrophe, by three European campaigners for people affected by thalidomide, raises new questions about the conduct of governments and the companies involved.

It only mentions Canada in passing, but the questions it poses are equally relevant here.

What was the basis for approving thalidomide (sold in Canada under the name Kevadon by the William S. Merrell Co.)? When did the government first learn about the side-effects from thalidomide? How quickly did it act after learning about these side-effects?

According to a history of events put together by the company, Merrell submitted data on animal and clinical studies to the Department of National Health and Welfare (the predecessor of Health Canada) on Sept. 8, 1960, and received approval to market thalidomide on Nov. 22, 1960.

This means government officials worked their way through a 500-page document in under 11 weeks. This raises questions about how comprehensive that document was. What information did it contain?

April 1, 1961, saw the actual appearance of thalidomide on drugstore shelves. Merrell claims it didn’t know about birth defects until Nov. 29, 1961. According to a Globe and Mail story from Aug. 2, 1962, health officials were informed about this problem two days later.

However, Chemie Grünenthal, the company that discovered thalidomide and marketed it in Germany, should have had grounds for strongly suspecting problems with the drug long before that.

The Thalidomide Catastrophe documents how the American company Smith, Kline and French tested the drug in 1958 with a view to licensing it from Grünenthal but declined, partly because in its testing there were deformed babies born to two women.

In 1959, a doctor working at Grünenthal was told about additional babies with birth defects. Was this information not given to Merrell when it licensed thalidomide for sales in Canada?

As the news about babies with severe birth defects due to thalidomide became increasingly difficult to ignore, it was pulled off the German market in late November 1961 and at about the same time in the United Kingdom. However, it remained available in Canada for another three months until the federal government asked Merrell to withdraw it.

Health Minister J. Waldo Monteith, in a Globe and Mail story of July 27, 1962, denied that the government had delayed taking action and claimed that the additional three months was because reports of safety problems were “sketchy.” Is it likely that two European governments would have acted on sketchy information?

Moreover, in December 1961, an Australian doctor named W.G. McBride published a letter in the major British medical journal, The Lancet, about birth defects among women who had used thalidomide in pregnancy. How long would it have taken Canadian health officials to contact Dr. McBride?

One reason for the slowness of Canadian officials might be due to the person in charge of the Food and Drugs Directorate, Dr. C.A. Morrell.

Henning Sjöström and Robert Nilsson reported in their book, Thalidomide and the Power of the Drug Companies, that after thalidomide was removed from the Canadian market a number of doctors wrote to the government protesting the move.

In reply to one such letter, Morrell responded: “I think if the medical profession would take a stand… that there is every possibility that thalidomide could indeed be reinstated on the Canadian market and to this end I would encourage you to urge strongly your colleagues to express themselves to us on this question.”

Subsequently, in 1964, in testimony before a House of Commons Committee, Morrell seemed to place the safety problems on the users of the drug: “I think the hazard is the inability to control the user of thalidomide after it is on the market. I am referring now to the medicine cabinet at home; you do not know who will take a pill today. Everyone wants to take pills.”

After Morrell left the government in 1965, he joined the board of Ciba-Geigy (now part of Novartis), a major multinational Swiss drug company.

Did the officials at the Department of National Health and Welfare make mistakes in approving thalidomide? Did Merrell tell them everything it knew? Why did Canada wait three months longer than Germany and the U.K. to decide that thalidomide was too unsafe to be sold?

Some may wonder why we need answers to questions almost 60 years later. But if there were mistakes and withholding of information, we can learn from this – to prevent similar tragedies happening in the future.

In Canada, there were more than 100 babies born with problems attributed to thalidomide, but the authors of The Thalidomide Catastrophe estimate that there could have been over 400 babies, many dying early in life.

These people and their families deserve answers. It’s the duty of the Canadian government to find out the answers.

This article is republished from The Conversation under a Creative Commons license. Read the original article, including his disclosure statement.