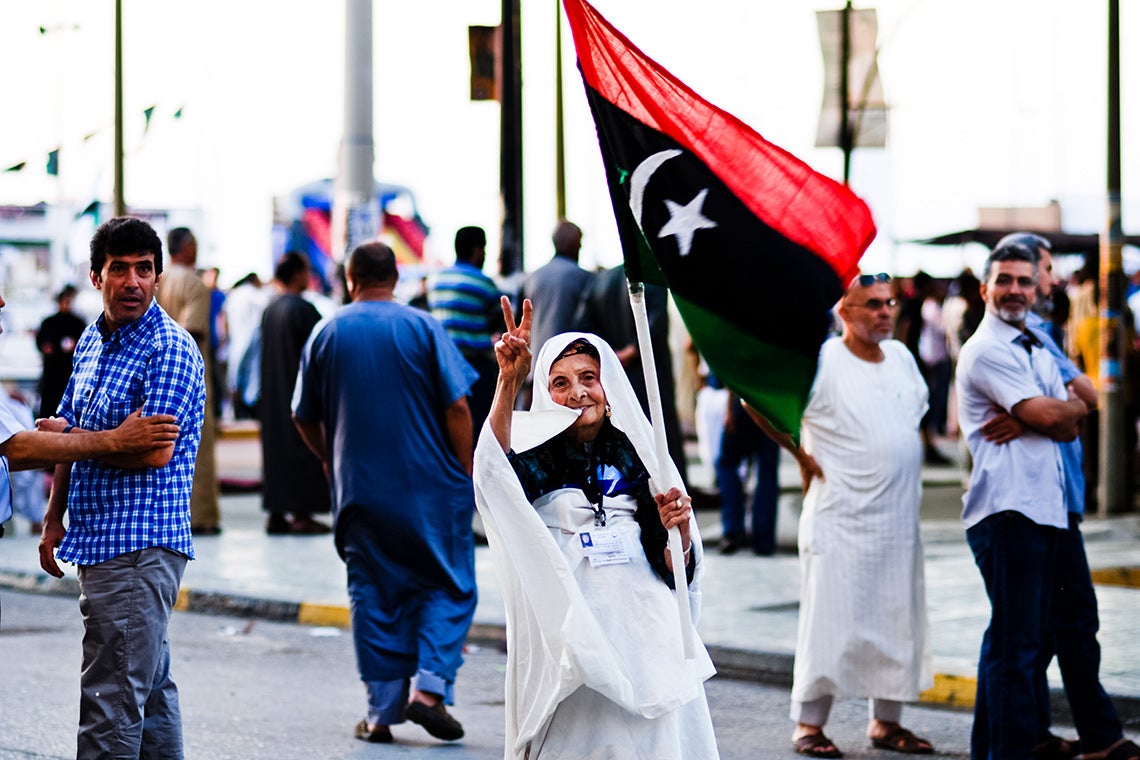 “I admired the fact that she was a woman defiantly standing in the midst of a throng of men in a conservative society, refusing to be silenced,” Samer Muscati writes of this photo he took of a Libyan woman named Haja

Over a decade of documenting human rights violations around the globe, Samer Muscati photographed brave women who showed that hope can exist in the darkest places.

As a researcher for Human Rights Watch, he specialized in international women's rights in conflict areas. Now the director of the international human rights program at the University of Toronto's Faculty of Law, Muscati is showing his work at Hart House as part of the Contact Photography Festival.

One picture is particularly close to his heart, he writes in the Toronto Star. On the eve of Libya's first democratic election, he photographed a slight, elderly Libyan woman named Haja, who was wearing a white hijab and flashing the peace sign. She was a local icon for her participation in protests against Moammar Gadhafi.

“I admired the fact that she was a woman defiantly standing in the midst of a throng of men in a conservative society, refusing to be silenced,” he writes.

Photographs of extraordinary women like Haja invite us to imagine a better world, Muscati says.

“Uprooted and Dispossessed: Portraits of Women Caught in Conflict and Colonialism” is on display at Hart House until May 31.