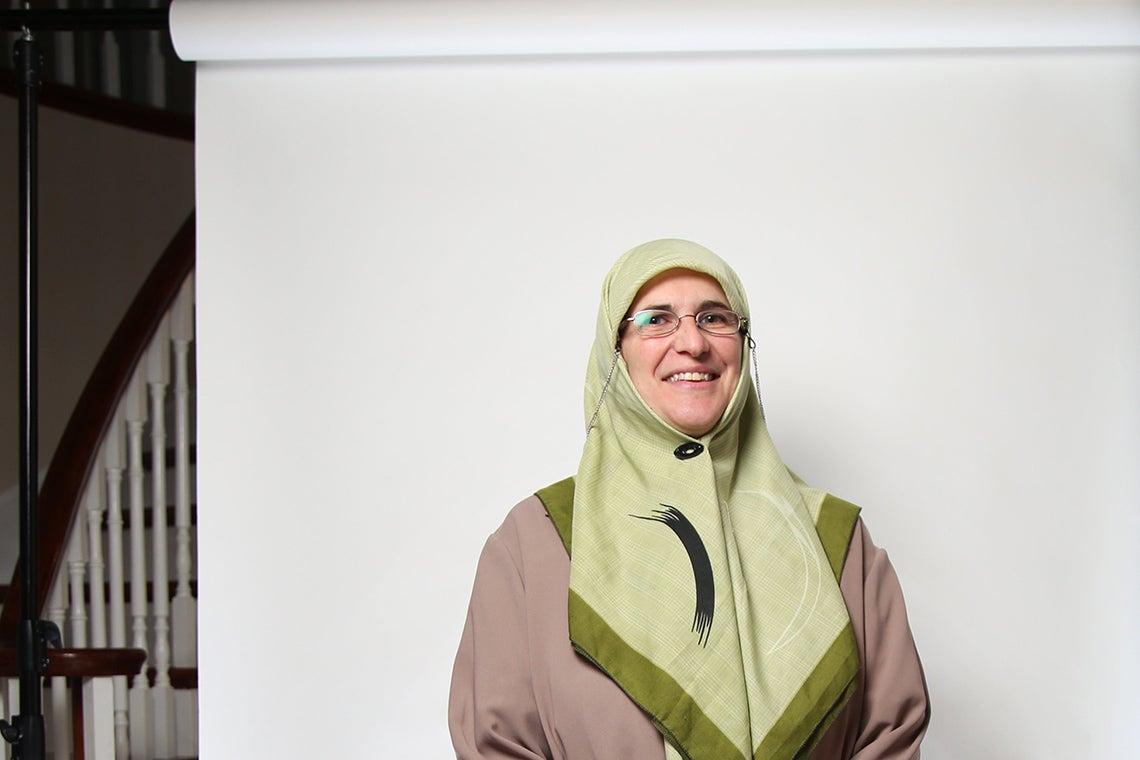 "A lot of young women have told me how excited and proud they are of my appointment, and how they are hoping for more change, so the pressure is on,” says Katherine Bullock (photo by Cole Burston/Toronto Star via Getty Images)

The first female leader of the Islamic Society of North America - Canada, a major Canadian Islamic non-profit group, is a University of Toronto lecturer in political science who has extensively studied the political aspects of the faith.

Katherine Bullock is the chair of ISNA-Canada, an organization that works to promote the religion and advance the prospects of Muslim communities across the country. A political Islam expert at the University of Toronto Mississauga who has written multiple books on the role of women in Islam, Bullock is focused on ensuring the organization helps present and protect the best aspects of the Muslim faith.

“We’ll have a strong emphasis on spreading the good word about Islam and its positive contributions to Canada,” says Bullock, the author of books such as Muslim Women Activists in North America: Speaking for Ourselves and Rethinking Muslim Women and the Veil: Challenging Historical and Modern Stereotypes.

Bullock is now the organization's first female chair since its founding in 1982. In addition, the group currently has the first gender-balanced, most ethnically diverse and youthful board in its history. Bullock says these developments represent a positive step forward in a culture that has not traditionally allowed women to take on leadership roles.

“I do hope it’s an opening and a beginning, and not an anomaly or a one-off blip…A lot of young women have told me how excited and proud they are of my appointment, and how they are hoping for more change, so the pressure is on,” Bullock says.

One of Bullock’s first moves has been to conduct listening sessions with groups such as youths, women, imams and social service agencies. The sessions revealed: a desire for more opportunities for women to be leaders in ISNA-Canada; settlement support for immigrants; help with bridging the cultural gap between Canadian-born/raised Muslim youth and their parents; and having the organization contribute more to public conversations about Muslim affairs, as well as important issues such as poverty, housing and the environment.

This feedback has shaped some of ISNA-Canada’s new programming. The group recently started a women’s basketball team, as well as a new recreational program for mothers and their preschool-aged children. Bullock is also focused on reviving the group’s Muslim Senior Forum, which provides opportunities for seniors to connect with each other and participate in physical activities and educational programs.

Another priority for Bullock is professionalizing the organization by better documenting all policies and procedures. She says this will be key to establishing best practices for running the group, and ensuring it respects ISNA-Canada’s values of openness and diversity.

Finally, she wants to ensure ISNA-Canada plays a more active role in dealing with the rise of Islamophobia in recent years.

“Muslims are concerned about the rise of anti-Muslim racism. This can be everything from job discrimination to having your hijab pulled off to hate crimes,” she says. “We need programming that addresses those issues and helps communities be resilient, and that allows us to create bridges with the wider Canadian society.”

Headquartered in Mississauga, ISNA-Canada provides a range of services to its 650 members and the broader community, such as marriage and funeral services, halal meat certification, Qur'an classes, a food bank, family counselling and a bookstore. It owns and operates three mosques and an elementary school in the area, and leads two affiliate mosques in Western Canada. Among its most popular offerings is its Friday prayer service at its Islamic Centre of Canada, which attracts about 2,500 participants.