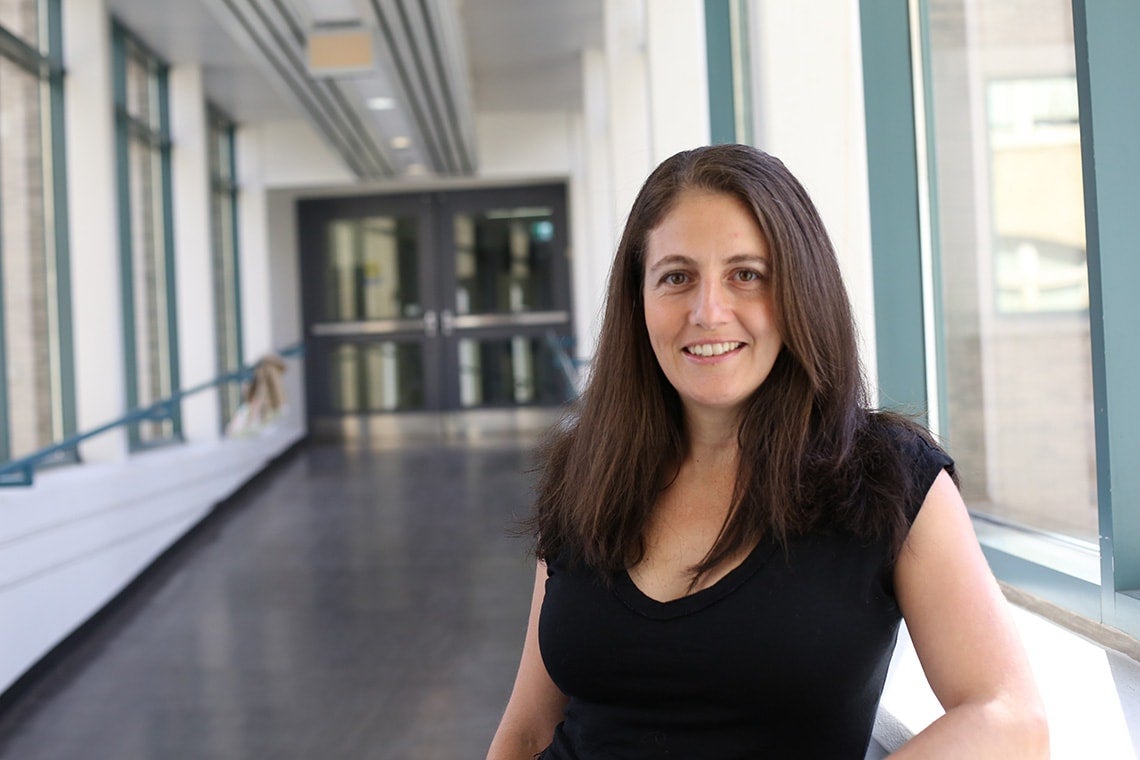 Researchers at the University of Toronto are searching for ways to end cancer, from specialized molecules to how best to target tumours with radiation.

For Alison McGuigan, an associate professor in U of T’s department of chemical engineering & applied chemistry, this means using her unique set of skills in microfabrication and disease modelling to create a better way for predicting how well promising drugs will work in patients.

McGuigan, whose team consists of graduate, undergrad and even some high school students, is the winner of this year’s $125,000 Connaught Fund McLean Award. The Connaught review committee felt her work is making “significant progress towards one of the most difficult and important goals in biological engineering.”

The McLean Endowment, the result of a $1-million gift to the university from alumnus William F. McLean two decades ago, is designed to support the basic research of an outstanding early career researcher in physics, chemistry, computer science, mathematics, engineering sciences, or the theory and methods of statistics.

“I am tremendously excited about receiving the McLean Award,” McGuigan said, “as it will give my team an opportunity to engineer our platforms to the next level and attempt to model some of the more complex aspects of cancer biology that drive disease progression clinically.”

The Connaught review committee noted that the research team could “advance our understanding of tissue development, tumour biology and cancer treatment,” as well as “enable powerful new approaches to surgery, regenerative medicine and drug treatment.”

“I’d like to congratulate Alison McGuigan on receiving this year’s Connaught Fund McLean Award for her exciting work to find a better way for researchers to test promising drug therapies,” said Vivek Goel, U of T’s vice-president of research and innovation.

“As we approach the 100th anniversary of the founding of the Connaught Antitoxin Laboratories and University Farm, it’s important to note how the Connaught Fund is continuing to support the cutting-edge work of top U of T researchers as they work to resolve some of the most pressing challenges in the world today,” he said.

Approximately 60 per cent of drug failures in Phase 3 clinical trials occur because the drug is not effective in patients. To test the efficacy of promising drugs before advancing to human trials, scientists harvest human tissue and grow it in plastic petri dishes. However, this environment is less than ideal for accurate predictions.

While cells in a tumour grow in three dimensions, the dish is only two-dimensional. Moreover, cells in the centre of a tumour have less access to oxygen and nutrients than those growing near the surface, close to the blood vessels. These subtle, location-dependent differences have a big impact on cell behaviour, but have proven difficult to replicate in a dish.

To combat the problem, McGuigan has created “very thin, multi-layer 3D sheets” where human cells, like those from a cancerous tumour, can be grown outside the body in a lab. The reorganization and mixing of cells within these 3D sheets can also be imaged and watched over time using the same standard microscopes as in the 2D tests.

“Right now, we’re at the stage where we can assemble cultures that better mimic the conditions in the human body so we can try to understand how cells are behaving in diseased people,” she explains. “These platforms are ways to find new, interesting targets for drug therapies.”

Their accuracy will not only enable scientists to accurately assess the most promising new drug therapies, they’ll also help them reach patients faster. Such systems also offer the potential to classify the effectiveness of drugs in specific patients for the design of personalized, precision medical treatment.

Of particular interest to McGuigan’s team are the cells on the boundary of a tumour and “understanding the mechanism of the invasion,” and how to prevent malignant cancer cells from “invading and spreading to other parts of the body.”

The 3D sheets enable researchers to grow two types of cells – tumour cells and tumour stroma (supporting cells around the tumour) – that play an important role in the growth of cancer tissue. That’s why stroma cells could be an ideal target for drug therapies, she said.

A lot is already known about the properties of invasive cells and how they behave, McGuigan said, but more insight is needed into the stroma and the molecular signalling that encourages cancer associated fibroblasts or CAFs (which are part of the stroma) to turn to tumour cells and become invasive.

With the help of the McLean Award funding, McGuigan is working with MaRS Innovation to find ways to commercialize her 3D sheets – and make them more robust and their results reproducible – to take them beyond the academic lab.

Being in Toronto is an advantage for this work, she said. “Everything is so close together” and the city has the medical expertise of researchers at Princess Margaret Hospital, not to mention global leaders in cutting-edge regenerative medicine and tissue engineering are at U of T and other nearby organizational partners.

“My students get excited,” McGuigan said. “They can see a pathway to take their research beyond the lab into a commercial product after graduation. It really motivates them.”

With files from Tyler Irving