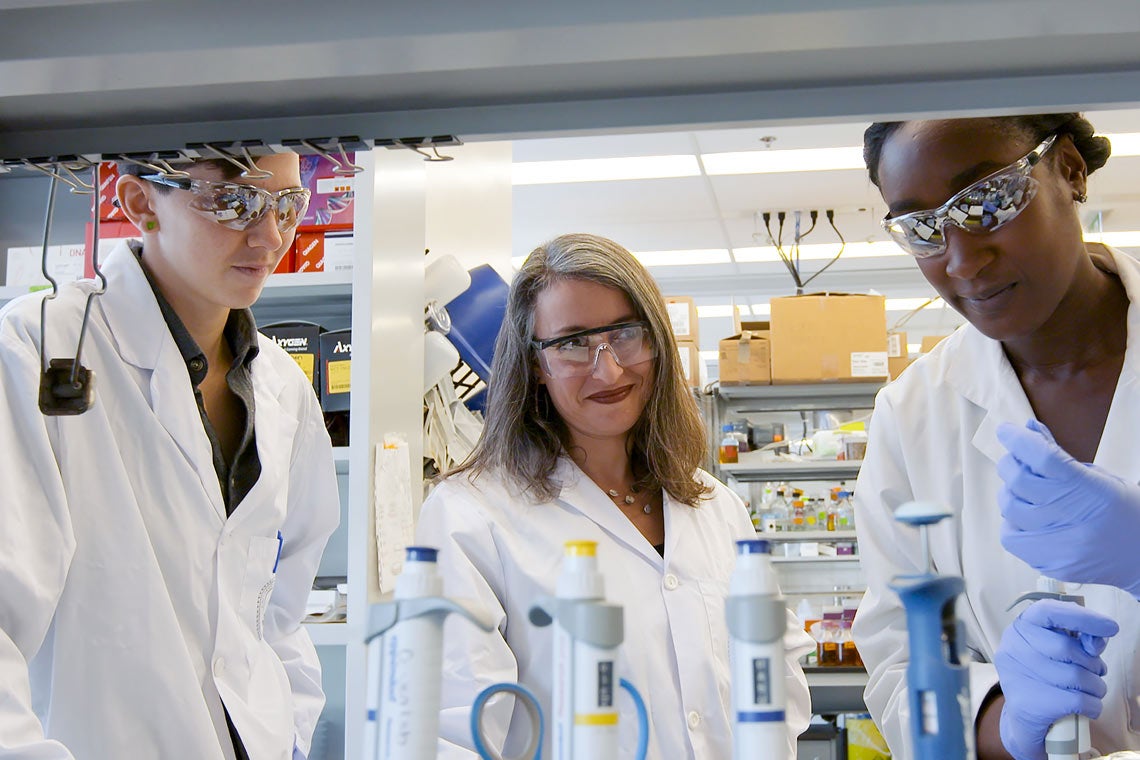 Attendees at a U of T Wikipedia edit-a-thon are encouraged to create Wikipedia entries for women in STEM, including Leah Cowen (centre), professor and chair of the department of molecular genetics (photo by Steve Southon)

Donna Strickland received her Nobel Prize in Physics in October but no Wikipedia page existed about the acclaimed Canadian scientist until after the award was announced.

In fact, when an entry for Strickland was submitted months before her win, it was rejected by a Wikipedia editor because it apparently didn’t meet the online encyclopedia’s notability requirements.

Strickland's initial absence on Wikipedia highlights how underrepresented women are on the website, says Farah Qaiser, a graduate student in the department of molecular genetics in the Faculty of Medicine at the University of Toronto.

“If you take a look at English Wikipedia, only 20 per cent of biographies are about women,” she says, adding that about 90 per cent of editors on the website are male.

“It shouldn't matter who you are when you're editing Wikipedia, but the problem is that the biases they carry matter.”

Qaiser and her U of T colleagues hope to change those statistics at a Wikipedia edit-a-thon taking place this evening at Gerstein Library on the downtown Toronto campus.

To mark the upcoming International Day of Girls and Women in Science on Feb. 11, organizers are inviting people to create and update Wikipedia pages with a focus on Canadian female scientists and individuals belonging to marginalized groups.

Participants can create new pages or edit existing entries for a list of people organizers have put together, or they can suggest their own names. Qaiser says a number of U of T faculty members are on their list including:

The edit-a-thon will begin with a keynote by Dawn Bazely, a York University biology professor and U of T alumna, on the representation of women in STEM on Wikipedia.

And for amateur Wiki editors, Alex Jung, U of T’s first-ever Wikipedian-in-residence, will be on hand for a lesson on how to navigate the website and create entries.

Jung, a master’s student in the department of political science in the Faculty of Arts & Science, was hired this year by U of T Libraries to increase the Wikipedia presence of the library and its extensive collections, making its resources more accessible to a wider audience.

“We need to shine a light on the work of female scientists who are underrepresented,” says Qaiser, “and it's something anyone can do from the comfort of their own keyboard.”