U of T Entrepreneurship Week: By the numbers 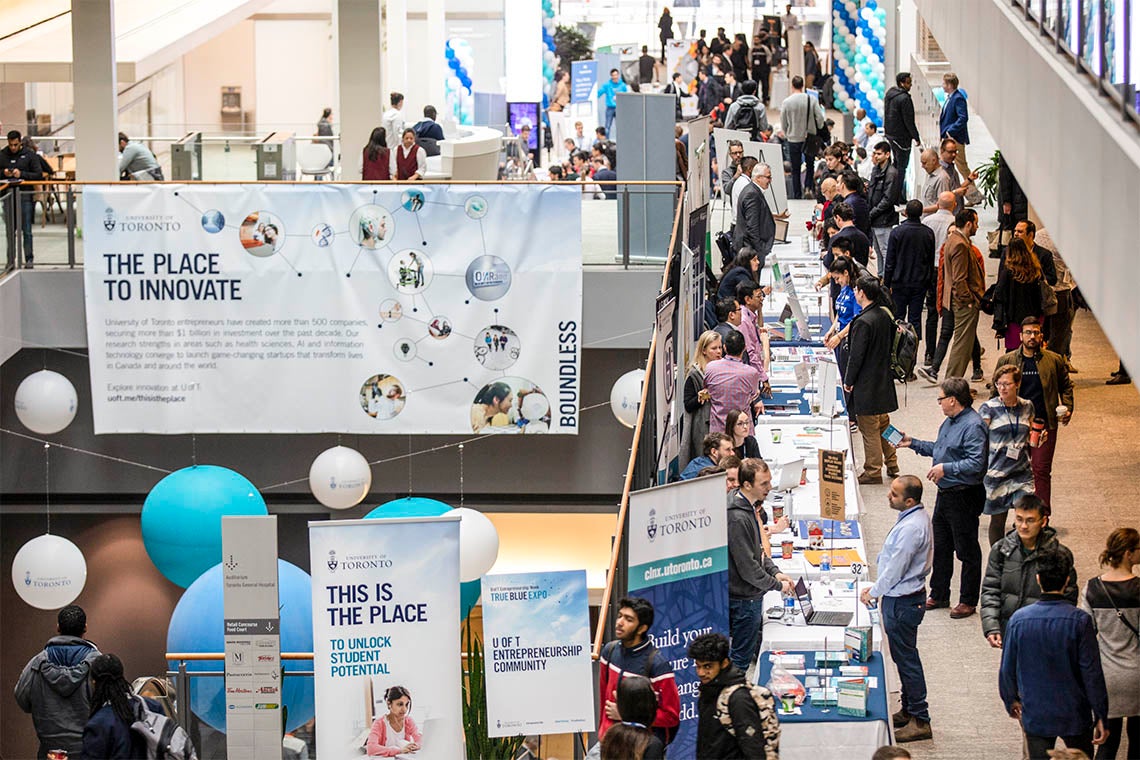 The True Blue Expo, one of the most anticipated events during U of T's Entrepreneurship Week, will feature more than 60 startups (photo by Nick Iwanyshyn)

The University of Toronto is gearing up for its fourth annual Entrepreneurship Week, a celebration of U of T entrepreneurs and their startups.

Running from March 9 to 13, Entrepreneurship Week features an array of events hosted by U of T’s campus-linked startup incubators and accelerators, as well as other programming by U of T and its government and non-profit partners. There are startup showcases, pitch competitions, keynote talks, workshops, networking events and more.

Here’s a rundown of some key numbers ahead of Entrepreneurship Week:

10 – Startups vying for the RBC Prize for Innovation and Entrepreneurship

300 - Entrepreneurship-related courses offered at U of T

$1,000 – Prize money for the winner of the Startup Slam organized by the Impact Centre

15,000 – Size in square feet of ONRamp, U of T’s collaboration and co-working space for startups

$20,000 – Total prizes at Pitch With a Twist organized by ICUBE at U of T Mississauga

$50,000 – Total prizes at the RBC Prize for Innovation and Entrepreneurship pitch competition

$1.5 billion – Investment raised by U of T startups over the past decade