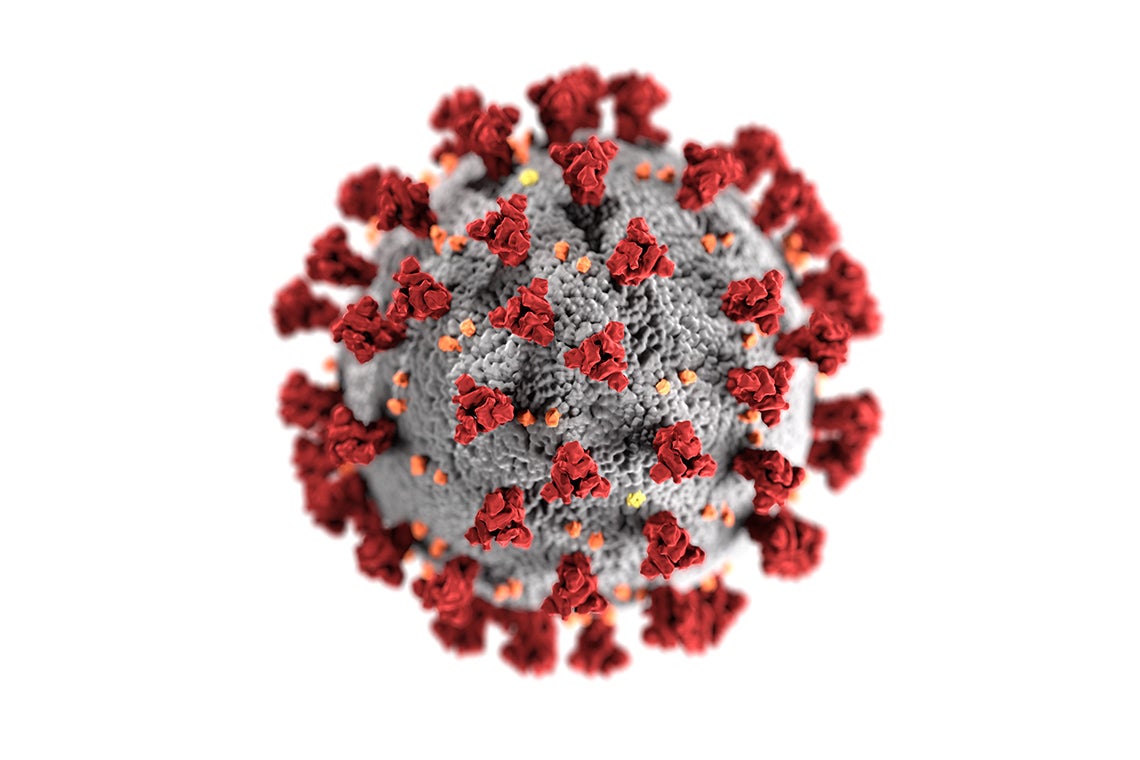 The COVID-19 Protein Manufacturing Centre at U of T aims to produce and distribute large quantities of SARS-CoV-2 proteins, including the ones that make up the spikes on the now recognizable renderings of the novel coronavirus (photo courtesy of CDC)

The structure of SARS-CoV-2 is now all too recognizable, resembling a soccer ball covered in spiky protrusions. Now, a team of University of Toronto researchers are replicating these spikes – and all the other proteins that enable its deadly attack on the human body – in the hopes of speeding up COVID-19 research around the world.

“There are about 25 of these viral proteins. We can make all 25 in our labs,” says Peter Stogios, a senior research associate at the Faculty of Applied Science & Engineering’s BioZone who’s bringing his team’s expertise in producing proteins to the newly launched Toronto Open Access COVID-19 Protein Manufacturing Centre, which received support from the Toronto COVID-19 Action Fund.

The centre is led by Aled Edwards, a professor of molecular genetics and medical biophysics at the Faculty of Medicine and director of the Structural Genomics Consortium (SGC), which aims to speed-up scientific discovery involving the human genome by sharing research. The Protein Manufacturing Centre aims to produce and distribute large quantities of viral proteins in rapid fashion, at no cost.

Antibody tests, for example, rely on detecting antibodies in the bloodstream that can neutralize the virus. The way these antibodies work is by recognizing the component proteins – such as the spikes or internal proteins that wrap up the virus’ genome – and blocking their action on the human body.

“To develop these tests and to look for the antibodies in the bloodstream, you need to have proteins available,” says Stogios.

Viral proteins are already on the market for research and testing, but for-profit companies are selling them at upwards of $10,000 for quantities measured in milligrams, according to Stogios.

“If you’re an academic researcher, or a small company in Canada or anywhere in the world, this is cost-prohibitive,” he says. “We’re hoping that through this centre, we’re alleviating that barrier and expediting important research.”

Manufacturing proteins is nothing new. Researchers can genetically program bacteria to produce any protein from any organism, from humans and animals to other bacteria – and, in this case, a virus.

“We grow bacteria in the lab, crack them open and fish out the protein we’ve engineered the bacteria to produce. And then we go through a purification process, where the end product is a high-quality sample of the protein,” says Stogios.

With the BioZone lab back up and running, Stogios and his team have purified eight SARS-CoV-2 proteins. Stogios says that, if all goes to plan, BioZone and SGC will have all 25 proteins produced within a month or two. The speed at which they’re producing proteins, he says, is in the spirit of COVID-19 research being conducted at U of T and around the world.

“I’ve never seen researchers come together so fast and work so collaboratively than in this situation,” says Stogios. “This open-science approach proves that, in any public health situation, we have the power to quickly and freely come together to solve important problems. I hope we can use this approach with other crises, beyond this pandemic.”