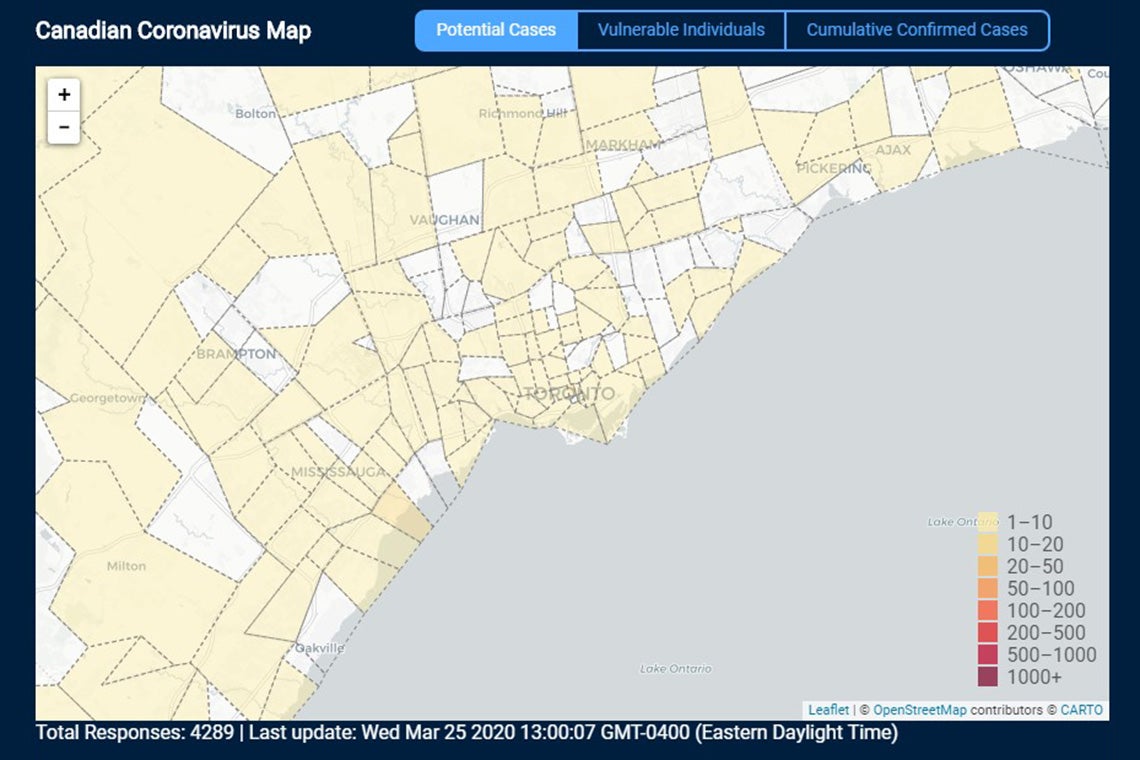 Due to the COVID-19 outbreak in Canada, Shrey Jain and his University of Toronto classmates received notice that all their courses were moving online two weeks ago – and they saw an opportunity.

Jain is the leader of Flatten.ca, a volunteer-driven push to leverage big data in the fight against COVID-19. In just over a week, he and more than 25 other collaborators created an online platform that provides a real-time heat map of potential and confirmed COVID-19 cases.

The idea is to provide more granular data about the outbreak, neighbourhood by neighbourhood, so that efforts to “flatten the curve,” or spread out the number of COVID-19 cases over a longer period to avoid hospitals from becoming overwhelmed, are directed where they’re needed most.

“I’ve always been interested in machine learning and developing for social impact,” says the first-year engineering science student in the Faculty of Applied Science & Engineering. “With everyone leaving campus and heading back home, I thought it would be a good idea to collaborate on an online project that would use the skills we have to help people. 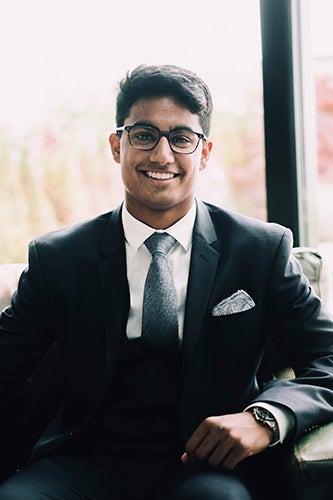 “There are other mapping tools out there that can tell you about cases in Canada or even Toronto. But you don’t get to see what’s going on in your neighbourhood. We wanted to focus on more granular data.”

Flatten works by enabling users to anonymously self-report potential cases of COVID-19, based on a series of screening questions the team developed in consultation with public health professionals.

The heat map is localized using the first three digits of a user’s postal code. The hope is that it will enable governments to quickly identify areas that require the most attention.

The reliance on self-reporting does raise the risk that the data could be biased. False positives could result from people misreading their own symptoms or bad actors who submit false information on purpose. But Jain says the same issues are present in other tools, including hotlines set up by local health authorities.

“When you call, you are presented with screening questions very similar to the ones we use, so those results can be biased in exactly the same ways,” says Jain. “Of course, we are working on preventing abuse by tracking things like duplicate submissions or suspicious IP addresses. But, at the end of the day, we think our system can quickly provide information that is valuable to Canadian health-care systems.”

In addition to self-reported potential cases, the map contains two other layers. The first tracks the density of people in vulnerable demographics, including elderly individuals with underlying health conditions and those who are immunosuppressed.

The other shows confirmed cases, drawing on publicly available data, similar to other tools developed by U of T teams.

“This platform would not be possible without the volunteered time of all our team and especially our team leaders Martin Staadacker, Yifei Zhang and Arthur Allshire,” says Jain. “In a very short period of time, this group went from a team of students working on project to a non-profit organization. If it helps flatten the curve, it’s all worth it.”

Right now, the team is focusing on the GTA as a pilot project. Key to Flatten’s success will be widespread adoption – the more data the system collects, the more useful it will become.

“Based on our conversations with experts, we think that if we can get data from 10 per cent of the GTA population, which would be around 600,000 responses, the resulting map would be very valuable,” says Jain. “We want to get the word out to as many citizens as we possibly can.”