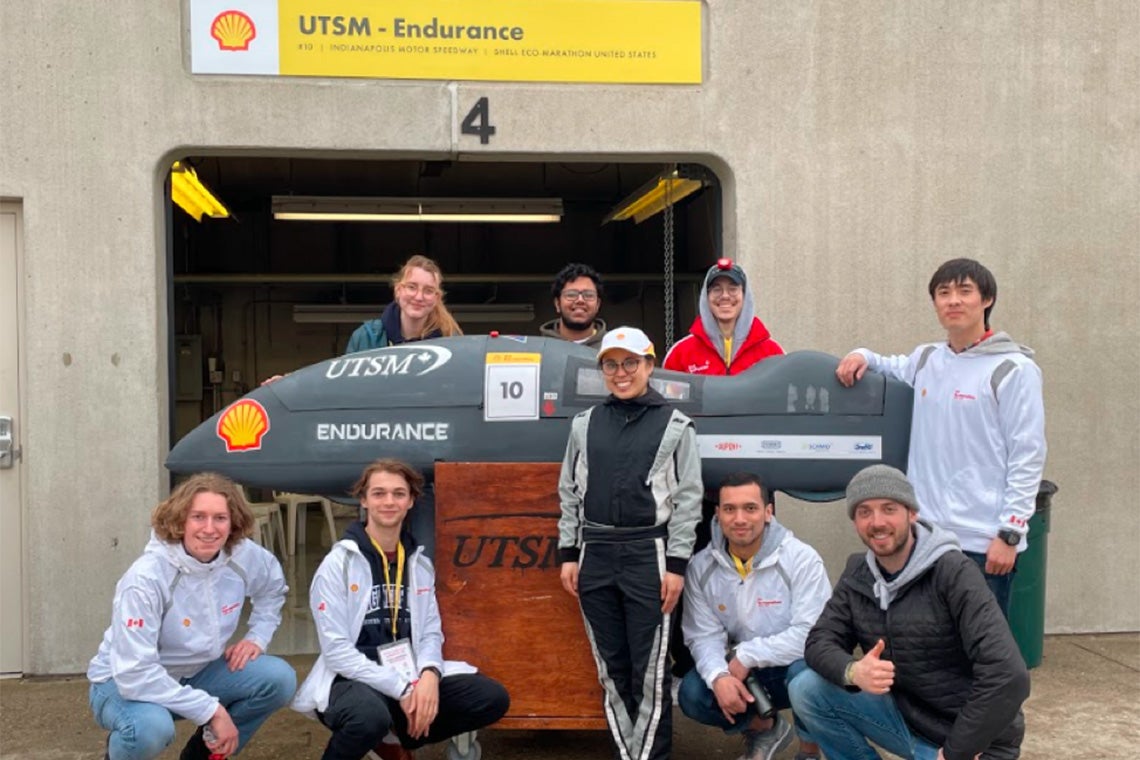 In April, the University of Toronto Supermileage Team (UTSM), led by Faculty of Applied Science & Engineering alumnus Tyler Barry, travelled to the United States for the annual three-day Shell Eco-marathon Competition – held this year at the Indianapolis Motor Speedway, home of the Indy 500 race.

More than 50 teams from across North America participated in the competition to design, build and operate the most energy-efficient vehicle. And even though the final race was cancelled due to weather, the U of T team came home with an honourable mention in the Technical Innovation award category for their custom-built engine.

While many competing teams use off-the-shelf engines, often from Go-Karts, the U of T team’s engine is entirely custom-built. The single-piston internal combustion engine has been modified over the years to eliminate unnecessary parts and maximize fuel efficiency.

“Our engine is completely unique,” says Barry, “It was originally built in 2013 as a capstone project by previous members of the team, and over the years UTSM has continued to modify and build upon the original design.”

This year, the team designed and prototyped a slider mechanism to help start the engine without clogging the gears. They were unable to implement the design in advance of the competition; however, the judges remained impressed.

On the first day of the competition, the UTSM prototype team was the first to pass the technical inspection conducted by racing officials.

“We spent hours finding spare parts and modifying our systems,” says Shannon Lee, a master’s candidate in the department of mechanical and industrial engineering who the structural lead and driver for the team.

“It was an honour to be the team awarded the first sticker from the technical inspection officer.” 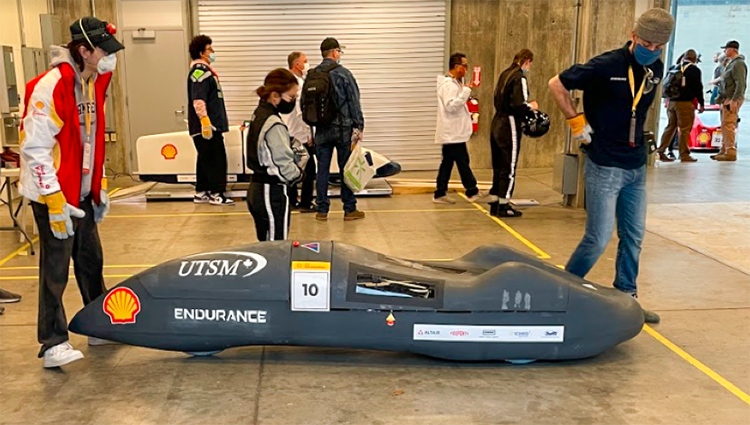 The UTSM vehicle, Endurance, undergoes inspection on the first day of the competition (photo courtesy of UTSM)

Day two, practice day, was the most exciting for Lee. She had the opportunity to drive the car around the famous racetrack twice.

“While I was driving, all I could think about was how proud I am of the team and all the work we did together to make it this far,” says Lee. “It’s such a unique experience to have a roaring engine right behind your head.

“Having the privilege of driving the culmination of our work around the track was an amazing experience.”

Unfortunately, due to a thunderstorm and tornado warning on the last day of the competition, teams were unable to compete in the final race. But the U of T team is confident that their unique engine would have led to a win and hope to have the opportunity to pursue first place next year.

“Even though we were not able to finish the competition the way we would have liked, this past year has been incredibly successful for UTSM,” says Barry. “With past members graduating and a lack of recruitment opportunities due to COVID-19, we were left with only three members in September. However, we managed to put together a team of over 30 dedicated members since then, and I am confident that the team will be stronger than ever next year.”

“I have a feeling first place will be waiting for us next year,” she says. “I encourage anyone who is interested in being a part of this team to reach out.”