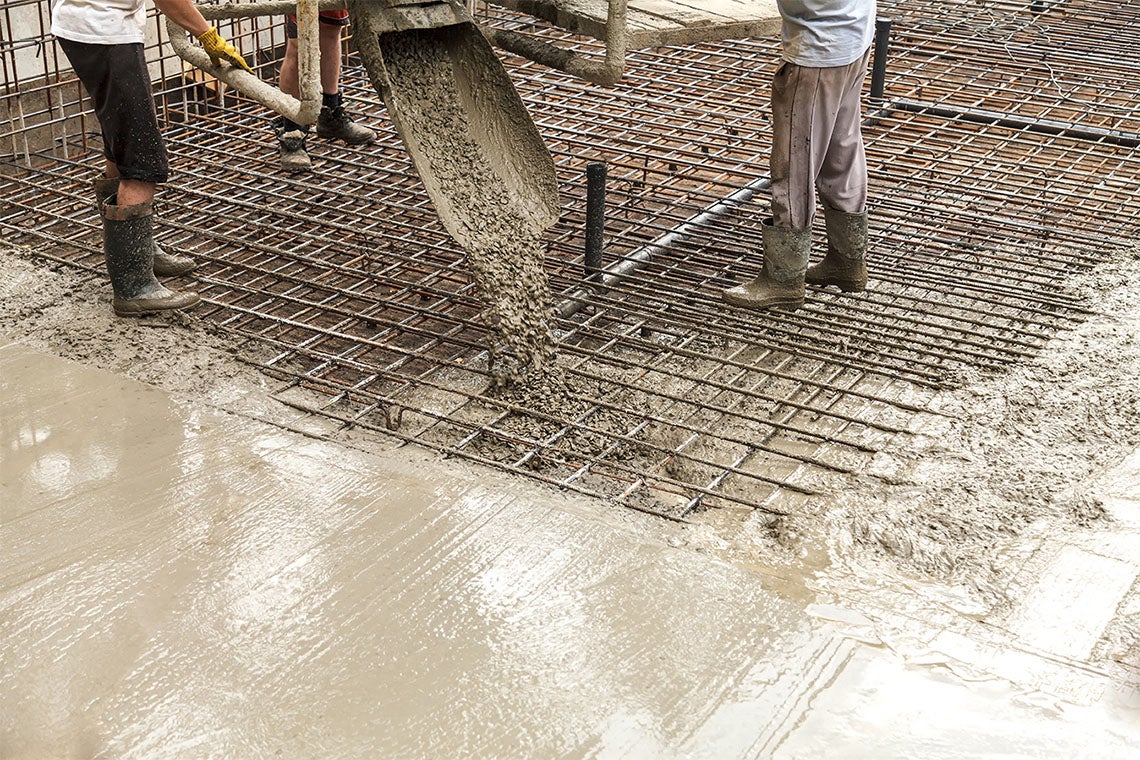 For Douglas Hooton, the main challenge of building sustainably with concrete isn’t really the chemistry or the engineering – it’s trust. 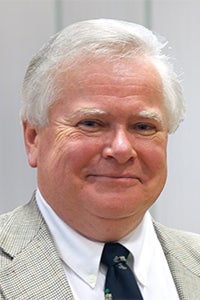 “Construction is a very conservative industry, and it’s very decentralized,” says Hooton, a professor emeritus in the department of civil and mineral engineering in the Faculty of Applied Science & Engineering.

“You have building owners, architects, structural engineers, contractors and their [tradespeople]. None of them want to increase their risk by doing something different from what’s been done before.”

Yet, for more than a decade, Hooton and his team have been demonstrating that a few simple adjustments to the formulation of concrete can significantly reduce its environmental impact without affecting its cost or performance.

They have conducted extensive field trials and Hooton has even written standards to encourage the use of these modified materials.

But it has been slow going.

“All of this stuff is really just the low-hanging fruit,” he says. “You’d think it would be a no-brainer, but it isn’t.”

The challenge with concrete starts with the chemistry of one of its key ingredients: Portland cement. To make it, producers mix limestone – which is mostly calcium carbonate – with various clay minerals and process it through a kiln at very high temperatures. In the kiln, the calcium loses its carbon, which is driven off as carbon dioxide gas, and then combines with silica, alumina and other elements in the clay to create clinker – the precursor to cement. Portland cement is then made by grinding clinker together with gypsum into a fine power.

The CO2 gas emitted during the kiln reactions, combined with emissions from burning fossil fuels to heat the kiln, mean that for every kilogram of cement clinker produced, a nearly equivalent mass of CO2 is emitted. 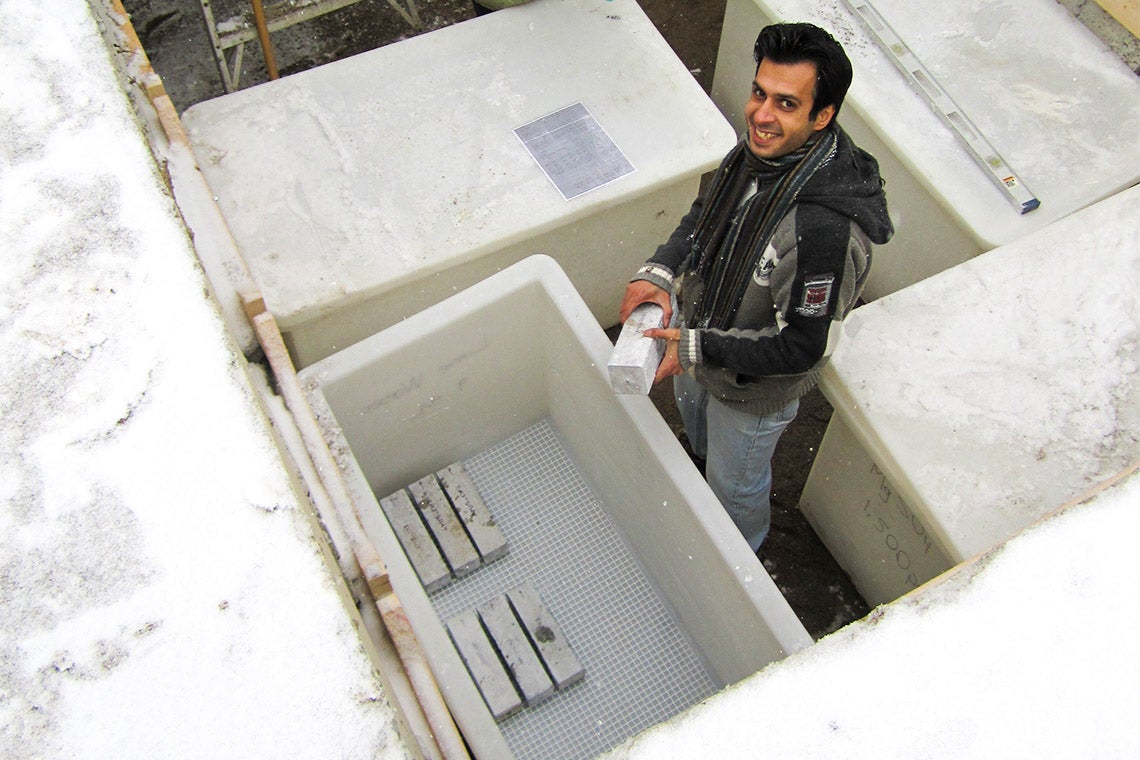 In this 2010, then-graduate student Reza Ahani prepares concrete samples made with various formulations for testing (photo courtesy of Doug Hooton)

One way to address the challenge is to change the formulations of the cementing materials to lower their carbon footprints. Hooton has championed national and international standards for a material known as Portland-limestone cement, which replaces up to 15 per cent of the final cement powder with ground raw limestone.

The resulting material is a drop-in replacement for Portland cement in concrete, and is able to meet the same performance standards – as Hooton has shown through laboratory experiments and field trials.

“For example, one of the concerns that has been raised is the idea that this type of cement might be susceptible to attack by sulphates,” Hooton says. “Sulphate minerals are common in soils in Western Canada and can degrade some types of concrete if they are not designed for it.”

Through the NSERC/Cement Association of Canada Industrial Research Chair in Concrete Durability and Sustainability, Hooton initiated a field trial that has been running for 11 years. His team cast more than 1,000 beams of concrete – some made with traditional Portland cement and others made with Portland-limestone cement. All the beams were then exposed to aggressive sulphate solutions.

“We take them out and look at them every year,” he says. “The ones made with Portland-limestone cement are fine – in fact they’re actually performing better than many traditional concretes that have been specifically designed to stand up to sulphates.”

In addition to pure limestone, Hooton and his team have also tested other potential cement clinker replacements for use in concrete. One of these is a substance known as blast furnace slag, a waste product of the iron and steel industry, which can be mixed with either Portland cement and Portland-limestone cement at levels of up to 75 per cent. This cuts the overall amount of cement used, lowering emissions proportionally.

“A switch to Portland-limestone cement, followed by a substitution of 35 to 40 per cent slag would cut the carbon footprint of the resulting concrete by about half,” says Hooton.

Hooton says that one of the concerns about using slag is that, at high replacement levels, it slows down the time it takes for the concrete to gain strength. This affects the early-age strength required to allow different construction operations, though the final strength is the same.

“We build structures to last 100 years – not just a few weeks,” he says. “So, the final strength, which you reach at about 90 days, is what matters. On that timeline, we’ve shown that blast furnace slag mixed with Portland-limestone cement actually works better than with Portland cement because of reactions that happen between carbon in the limestone and alumina compounds in the slag.”

To deal with the early-age strength issue, Hooton and his team have done research on advanced testing methods. Currently, most standards for cement and concrete are based on testing the strength of the material after 28 days.

While this is sufficient time for traditional Portland cement to develop its properties, some cement replacements can lengthen this timeline. Those who oversee concrete specifications are resistant to adopting new protocols that will take two or three times as long as those they are used to, according to Hooton.

“We can accelerate the testing process by increasing concrete temperature,” says Hooton. “It’s not rocket science, and we’ve known how to do it for decades. If we can give you a good indicator at 28 days of what’s going to happen at 90 days, it might grease the wheels in terms of getting these alternative materials more widely adopted.”

But he points out that simply creating standards is not enough to have lower-carbon footprint materials used in practice. To this end, he recently partnered with a team of experts on a new initiative aimed at identifying the barriers to rapid adoption of carbon reduction technologies in the North American concrete industry.

The collaboration includes Thomas Van Dam of NCE, an American engineering consulting firm, Professor Larry Sutter of Michigan Technological University and Al Innis, a former vice-president of quality at Lafarge-Holcim, one of the world’s leading manufacturers of building materials.

“In phase one of this project, we’re looking at the overall flows of cements, from where it’s produced to where it’s utilized, and identifying the barriers to adoption of more sustainable cementitious materials at each point along that chain,” Hooton says.

“After that, we’re going to be developing a plan to systematically address those barriers. What we’re looking for are the big plays, including the places where some education and technology transfer will increase trust of the various parties in construction and make the most impact. And I’m optimistic we’ll find them.”