U of T course lets students hold history in their hands 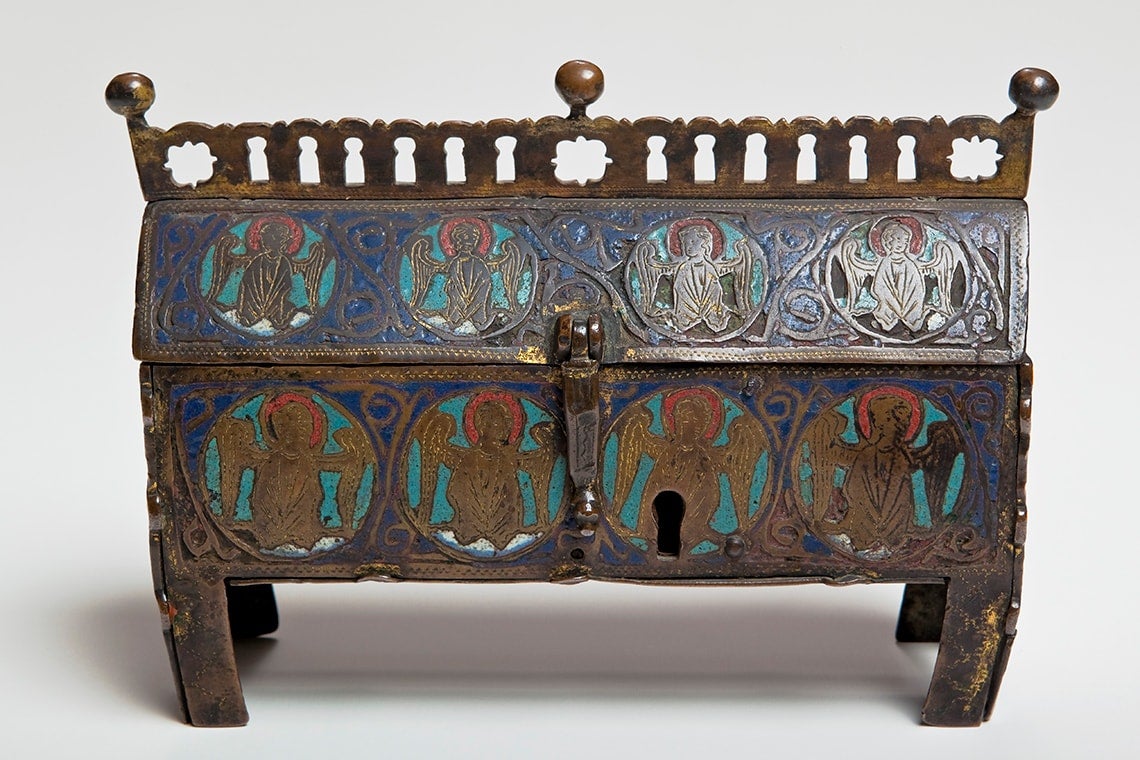 This chasse/reliquary made of enamel on bronze from 13th century France is part of the Malcove Collection of the U of T Art Museum. The Getting Medieval course is using the collection for teaching (photo courtesy of Art Museum University of Toronto)

A University of Toronto course is letting students get a real feel for medieval artifacts.

“Getting Medieval,” which will be taught for the second time this fall, tells the history of the period partly through objects, from heavy, inscribed broad-swords to gem-studded caskets holding the bone fragments of saints.

Instructors put some of these unique artifacts in students’ hands. On a visit to U of T’s Art Museum last year, the class was allowed to handle items in the gallery’s Malcove Collection, which includes more than 500 objects – paintings, furniture, icons, textiles and more – spanning prehistory to the 20th century. The collection was donated to the university by Dr. Lillian Malcove, a psychoanalyst and art connoisseur.

Students learn more from holding these pieces of history than they ever could from examining them on paper or a screen, says Alexandra Bolintineanu, an assistant professor, teaching stream, of medieval digital studies. She taught the course with Suzanne Conklin Akbari, a professor in the department of English and director of the Centre for Medieval Studies.

“Often – especially in older books – the pictures aren’t as clear we might want,” Bolintineanu says. “When the students interact with these artifacts, they get a much better sense of scale.”

An object’s size, weight and even its smell can offer clues about how it was used centuries ago. On their last visit to the gallery, students detected a pungent animal smell on a Byzantine clay lamp, which suggested it was used by people of modest means who lived with livestock or used an animal-derived fuel, Bolintineanu says.

After observing an artifact up close, some students who had taken pottery or needlework classes were inspired to ask detailed questions about how it was made.

As part of the medieval course, students can choose to build a scholarly digital exhibit focusing on one artifact, drawing on conservation literature and comparing it to similar objects in other museums around the world. 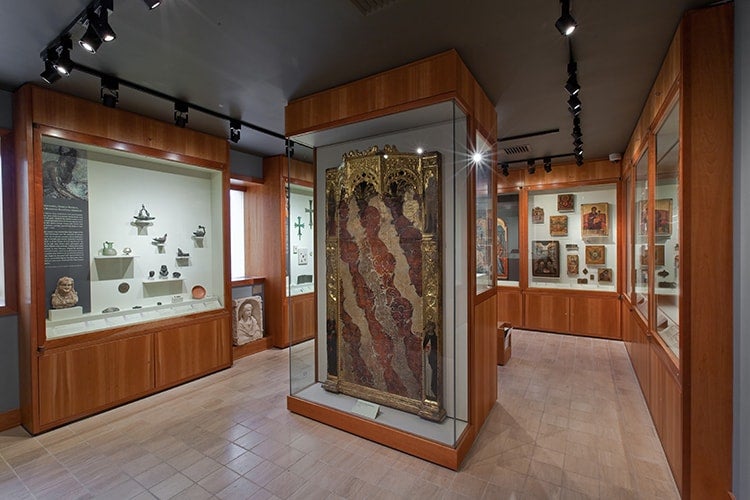 The Malcove Collection, which has important artifacts spanning prehistory to the 20th century, has been used for teaching ever since it was bequeathed to U of T (photo courtesy of Art Museum University of Toronto)

“I watched the students catch fire as they handled the objects,” Bolintineanu says. She and the other instructors kept a poker face throughout the museum visit, but she admits they were nervous seeing the students holding ancient and often fragile artifacts – even if they took all the necessary precautions.

Heather Darling Pigat, collections manager at the Art Museum at the University of Toronto, trained the students to handle each object carefully with gloves and gave them a tour of the gallery at University College.

Among the objects she put in the young medievalists' hands was a bronze oil lamp in the shape of a foot in a sandal, engraved with a cross and palm branch, which dates back to the fifth or sixth century.

Since the Malcove Collection came into the university's possession in 1981, it has been used for teaching in accordance with the donor's wishes, Pigat says. Professors in classics, theology, art history and Slavic languages and literature – to name a few – have used the collection in their courses.

“On a purely emotional level, when you have something in your hands that's 2,000 years old, it changes your understanding of that object,” she says.