U of T conference on Ibadism highlights pluralism within Islamic tradition 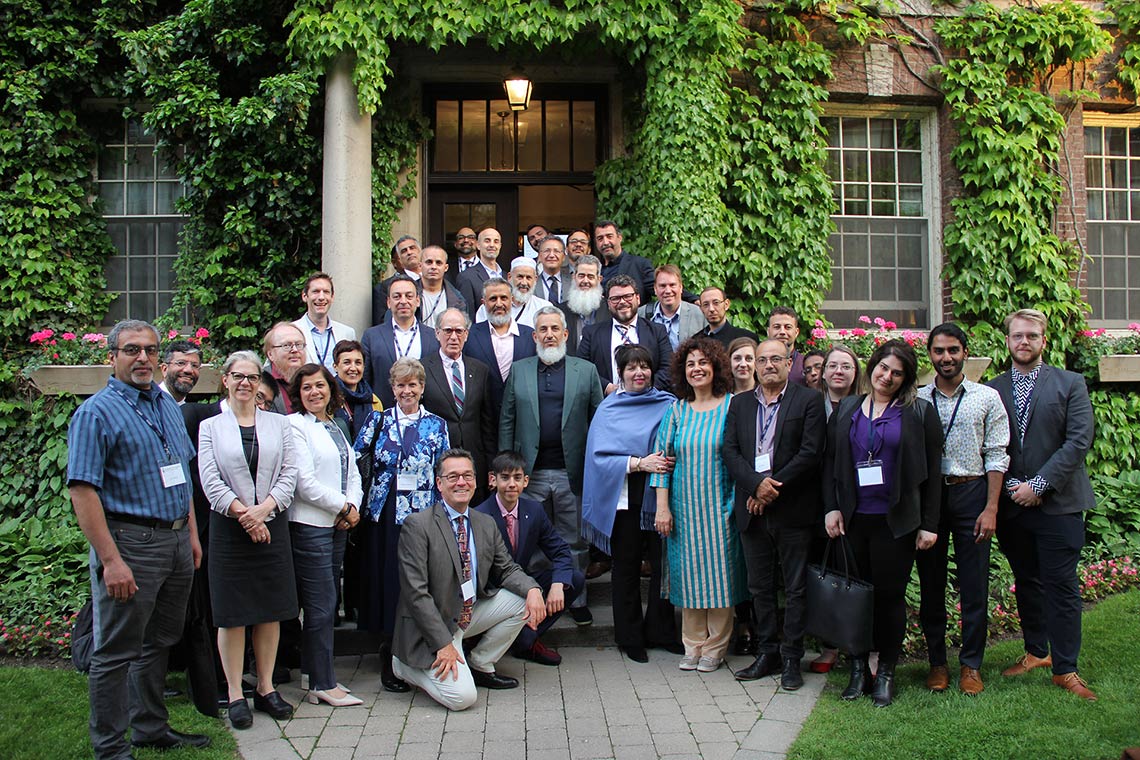 The 10th annual Conference on Ibadi Studies welcomed a diverse range of global scholars to discuss historical and contemporary topics in Ibadism (photo by D. Olms)

Ibadism is a theological sect within Islam that stands alongside the more widely practiced Shi’a and Sunni traditions. But it isn’t nearly as well known in North America – a blind spot a recent conference at the University of Toronto sought to rectify.

The conference, titled “Ibadism and the Study of Islam: A View from the Edge,” brought together a diverse range of global scholars to discuss historical and contemporary topics in Ibadism, from the preservation and study of ancient manuscripts to questions of ethics, language, community-building, religious and legal traditions and more.

It was the first time the annual conference has been hosted in Canada.

“Thinking from the edges allowed us to examine the presumptions that animate most studies of Islam and Muslims today,” says Professor Anver Emon, a scholar of Islamic legal history appointed to the Faculty of Law and the department of history who is also the director of the Faculty of Arts & Science’s Institute of Islamic Studies.

“When we think of the term ‘Muslim’ we might think of certain ethnic groups, language groups and so on. We also might think of sectarian conflict between Sunnis and Shi’as – the dominant sects within Islam. But Ibadi Muslims offer us a third sectarian group that highlights an oft-ignored pluralism within the Islamic tradition.”

While there are Ibadi Muslims living all over the world, Ibadi communities are largely concentrated in Oman, at the mouth of the Persian Gulf, and North Africa.

The institute hosted the 10th annual Conference on Ibadi Studies this past June with support from the country of Oman’s Ministry of Endowments & Religious Affairs. The conference looked at the movement’s position on the margins of the larger study of Islam, whose adherents make up an estimated 24 per cent of the world’s population.

Speakers at the conference included Ayman Shihadeh, chair of the British Association for Islamic Studies and a historian of Islamic philosophy and theology, and U of T’s Ruba Kana'an, an assistant professor of Islamic art and architecture at U of T Mississauga’s department of visual Studies.

“The conference also offered us an opportunity to get to know Canada’s own Ibadi community,” says Emon, “many of whom joined us from Montreal.”

As the conference’s host, Emon says Canada presented an interesting parallel to the country of Oman, where the majority of the population is Ibadi.

“Both have neighbouring countries that can sometimes be challenging to engage with. Both often play important behind-the-scenes roles in fostering peace and prosperity regionally and internationally.

“To be the first Canadian host of the Ibadi conference illustrated the shared sensibilities regionally and globally that both countries play.”

Faculty of Arts & ScienceFaculty of LawHistoryHumanitiesIslamIslamic StudiesU of T Mississauga