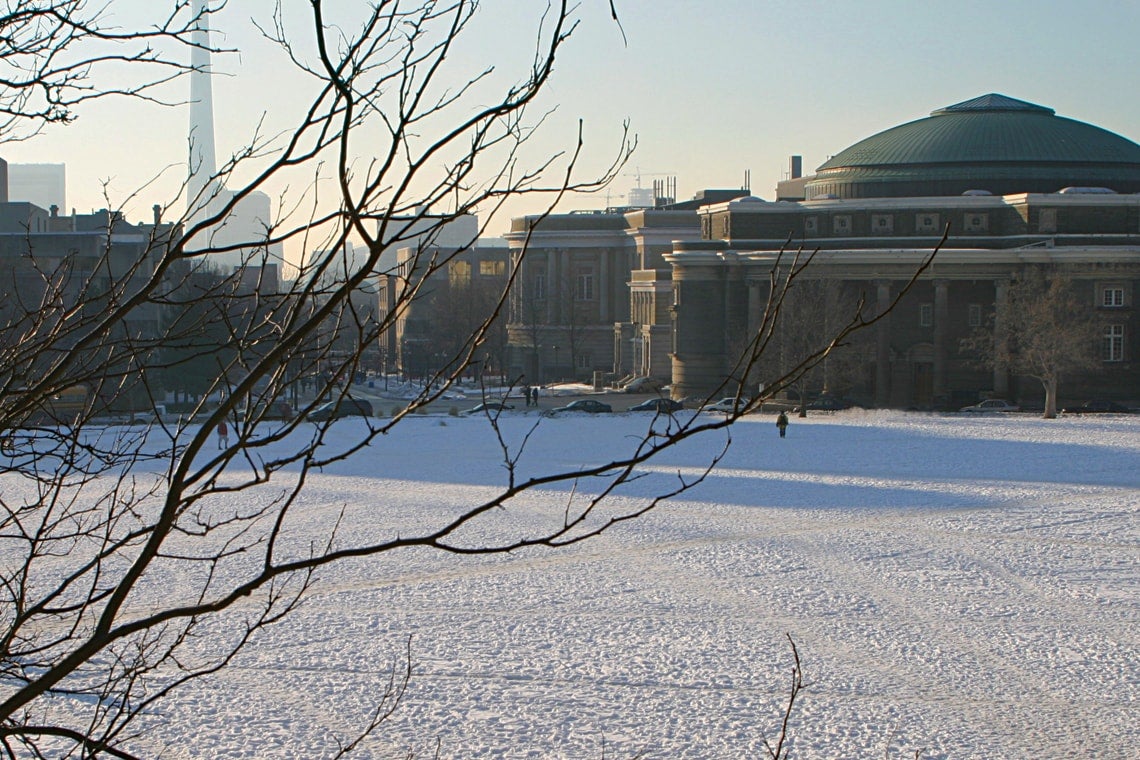 The University of Toronto will recognize 16 outstanding individuals with honorary degrees from Indigenous political and cultural leaders to an internationally renowned photographer and a pioneering pair of evolutionary biologists.

“The University of Toronto is proud to honour this diverse group of truly extraordinary leaders,” said President Meric Gertler. “They have demonstrated excellence and tenacity in their fields, from music to law, business to health care, science to journalism, and will be an inspiring reminder to our graduates and all in attendance of the power of individuals to create real, meaningful change.”

The honorary degree recipients are: Susan Aglukark – A celebrated Inuk singer and songwriter, she has bridged the worlds of traditional Inuit culture and the entertainment industry. Throughout her career, whether through song, volunteer work or advocacy, Aglukark has taken the experiences of her youth and the challenges of northern communities and found ways to promote change and healing. (photo by Denise Grant Photography) Sir George Alleyne – An advocate for equity in public health and development in the Caribbean, he was the first Caribbean person to be appointed director of the Pan American Health Organization (PAHO). From 2003-2010, Alleyne served as the UN Secretary-General’s special envoy for HIV/AIDS in the Caribbean region. He is currently chancellor and emeritus professor of the University of the West Indies and director emeritus of PAHO. Amal Basha – A leading advocate for the rule of law, gender equality, and human rights in the Arab world, she is the founder of the Sisters Arab Forum for Human Rights in Yemen. At great personal risk, she has pressed the Yemeni government to uphold its obligations under international humanitarian law, especially UN conventions against torture and discrimination against women. She has also promoted the International Criminal Court as a mechanism for protecting the basic rights of vulnerable people in the absence of a functioning state. Edward Burtynsky – One of Canada's most respected photographers, his work depicting global industrial landscapes can be seen in more than 60 major museums around the world, including the Museum of Modern Art in New York. Early exposure to the sites and images of the General Motors plant in his hometown of St. Catharines, helped develop his photographic work. His imagery explores the collective human impact on the surface of the planet and is an inspection of the systems humans have imposed onto natural landscapes. (photo by Martin Lipman) John M. Cassaday – A distinguished Canadian business leader and University of Toronto alumnus, he has transformed the Canadian television industry, first as president and CEO of CTV and later as founding president and CEO of Corus Entertainment. In addition, he has significantly shaped the Canadian business landscape through his extensive service as a corporate director and is known as one of Toronto’s most dedicated and effective fundraisers, having co-chaired successful major fundraising campaigns for the Rotman School of Management and St. Michael's Hospital. Larry Phillip (Phil) Fontaine – A courageous Indigenous leader, he played a pivotal role in bringing the issue of residential schools to national attention. While serving as national chief of the Assembly of First Nations, he successfully negotiated the Residential Schools Settlement Agreement, resolving the largest class action in Canadian history and providing innovative ways to honour survivors and preserve their stories. In addition to financial compensation, the agreement helped establish the Truth and Reconciliation Commission. (photo by Fred Cattroll photos) B. Rosemary Grant & Peter Grant – Among the most storied and accomplished biologists of this generation, their four decades of work on the evolution of the Galapagos finches has become the most important empirical work on evolution in nature since Darwin. Recognized throughout the scientific community, the professors emeriti at Princeton University were awarded the Kyoto Prize in 2009 for their remarkable contributions to the sciences. Together, they discovered that evolution by natural selection can be seen within one’s lifetime, proving one of Darwin’s theories incorrect. Robert A. Hill – Aptly referred to as the “archaeologist of black memory,” this U of T alumnus is the world’s leading authority on the global influence and intellectual currents of Pan-Africanism in the 20th century. Hill, a professor emeritus at UCLA, has amassed a crucial archive of Cyril Brigg’s pioneering New Negro journal, The Crusader, and the manuscript of C.L.R. James’ unpublished masterpiece, American Civilization. As editor-in-chief of the Marcus Garvey and Universal Negro Improvement Association Papers, he has published 14 volumes to date on the mass movement inspired by the Jamaican activist. Catherine Lacavera – A globally recognized leader in the field of intellectual property law, she has led a team of lawyers in successfully defending more than a thousand patent and other global intellectual property claims as director of IP and litigation for Google Inc. Lacavera's work has affirmed the legality and ensured the continued availability of a free and open Internet, user-generated content platforms, content streaming and many other innovative technologies. She is a three-time graduate of the University of Toronto, serves on the advisory board for U of T’s department of electrical and computer engineering and is actively involved with The Entrepreneurship Hatchery within the Faculty of Applied Science & Engineering. Margaret O. MacMillan – A distinguished historian, she is renowned both for her academic work and as a public intellectual. She is best known for her award-winning book, Paris 1919: Six Months that Changed the World, which examined the diplomatic aftermath of the First World War. Her most recent book is History’s People: Personality and History. She is currently warden of St. Antony’s College and a professor of international history, University of Oxford (she is on leave from U of T's department of history).  She is also a graduate and former provost of Trinity College. Peter Mansbridge – As chief correspondent for CBC News, anchor of The National, and host of Mansbridge: One on One, he has had an extraordinary impact on Canadian politics, culture and society. Mansbridge has announced that after anchoring Canada Day coverage this year, he will retire. Through his career, he has helped foster an informed, enlightened, critically intelligent and expansive national conversation. He has also been a reassuring and welcome presence for generations of Canadians. In particular, at times of national celebration and crisis, he is a trusted and authoritative voice. (photo courtesy of CBC) Arthur B. McDonald – Co-winner of the 2015 Nobel Prize in Physics, he has played a pivotal global role in advancing the field of particle astrophysics. The Queen’s University professor has made outstanding contributions to measuring the properties of basic neutrinos (subatomic particles considered the basic building blocks of the universe), as well as solar models, which have significant implications for our understanding of the universe and its development. He is director of the Sudbury Neutrino Observatory and associate director of SNOLAB, an underground science laboratory near that northern Ontario city. André Picard – A bestselling author and a Canadian health-care advocate, he is best known for his award-winning work as a reporter and columnist for The Globe and Mail, where he has been a staff writer since 1987. Picard’s writing on important health issues, from the HIV/AIDS crisis in the 1980s to today’s nursing shortage, has transcended daily journalism to take a wider and longer term view of key issues in health policy, elevating debates about health care and related policy issues locally, nationally, and globally. Reeta Roy – A compassionate anti-poverty advocate, she has devoted her career to breaking down barriers and improving the lives of economically disadvantaged communities across Africa, particularly of women and girls, through her leadership of public and private foundations. Since 2008, Roy has been President and CEO of The MasterCard Foundation. Under her leadership, the Foundation created the $800-million MasterCard Foundation Scholars Program, which partners with over 20 educational institutions around the world, including U of T, to provide scholarships to enable qualified students from Sub-Saharan Africa to attend university. Murray Sinclair – As chief commissioner of the Truth and Reconciliation Commission, he participated in hundreds of hearings across Canada and worked tirelessly to ensure that survivors of the Indian Residential Schools had the opportunity to testify. The report and its 94 recommendations have sparked a major re-examination of how Canadians see themselves and provide clear guidelines on the steps that must be taken to adequately address the debt to the Indigenous peoples. Sinclair is also a Canadian senator and served as co-chair of the Aboriginal Justice Inquiry in Manitoba from 1988 to 1991.