Team of U of T chemists, led by John Polanyi, advances ability to control chemical reactions 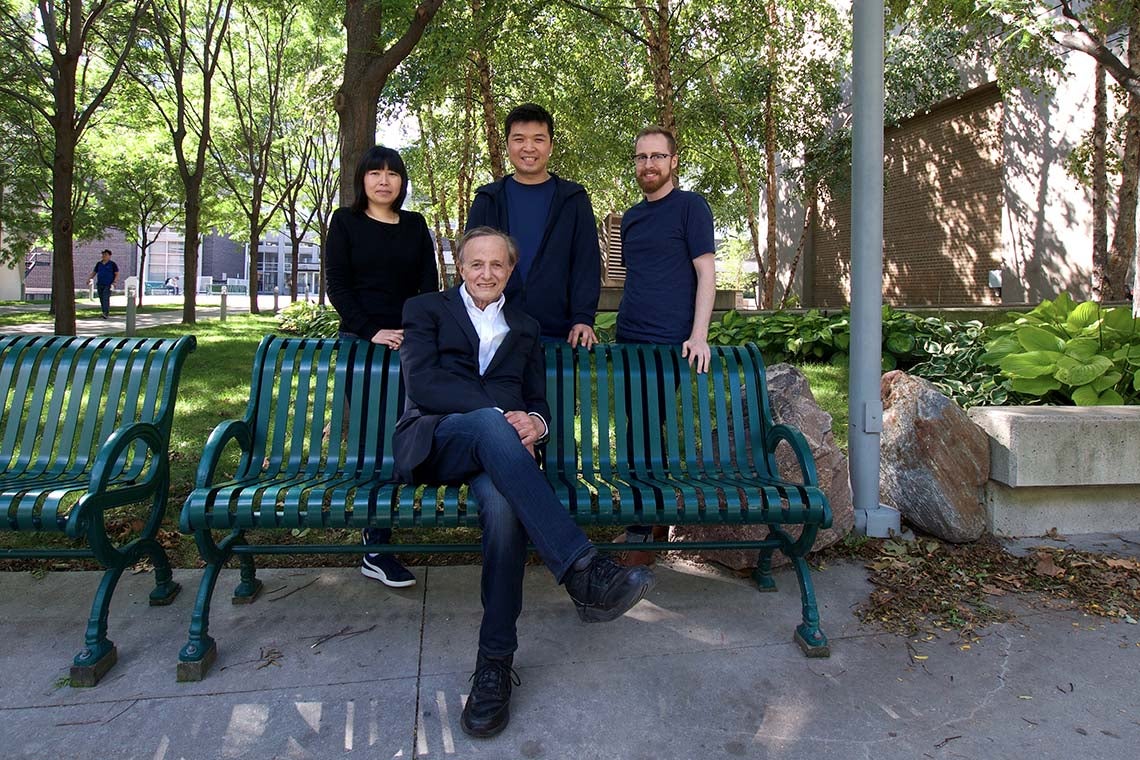 Scientists at the University of Toronto have found a way to select the outcome of chemical reactions by employing an elusive and long-sought factor known as the impact parameter.

The team of U of T chemists, led by Nobel Prize-winning researcher John Polanyi, has found a means to select the impact parameter or miss-distance by which a reagent molecule misses a target molecule, thereby altering the products of chemical reaction. The findings are published today in Science Advances.

“Chemists toss molecules at other molecules all the time in hopes of making something new,” says Polanyi, University Professor in the department of chemistry at U of T.  “In this study we have found a way to control the outcome by aiming a projectile molecule at a target molecule, with an accuracy of a small fraction of the diameter of the target molecule.”

Molecular dynamics in chemistry is a lot like a game of billiards. Just as a billiard player sends the incoming ball towards the target ball, chemists launch one molecule towards another to produce a chemical reaction. However, this can be done, it is now clear, either by chance as has been the norm, or by design as the new work shows to be possible.

Previously the inherent randomness in molecular motions has prevented chemists from aiming their projectile molecules at the chemical targets, as billiards players do. Instead, they have been obliged to play their game of billiards blindfold.

“Over the years chemists have become very good at playing billiards blindfold, using sticky balls and throwing them strongly or weakly,” Polanyi says. “But we have found a way to take off the blindfold, and aim each shot.”

The researchers achieved this by depositing molecules on a metal crystal, then applying a small current from an atomically sharp metal tip to one of the molecules. This addition of energy caused a “projectile” molecule to shoot across the surface in a straight line, along one of the rail-like ridges on the metal crystal toward a nearby “target” molecule present on the crystal, missing it by a controlled amount.

Different miss-distances, called impact parameters, were shown reproducibly to give different outcomes, that is to say different patterns of reaction.

“The underlying crystalline surface is our billiard table,” said Kelvin Anggara, a postdoctoral researcher in Polanyi’s group and a lead author of the study. “By taking advantage of the grooves that nature has conveniently scored across the surface of crystals, we found we could guide the travelling molecular projectile so that it hit the target either head-on or in a glancing collision that missed the target by a desired amount. That way, just as in billiards, we can control the outcome of the molecular collision.” Selecting the miss-distance or impact parameter in collisions between reagent molecules has until now been termed the “forbidden fruit of reaction dynamics” by Harvard University professor Dudley R. Herschbach, with whom Polanyi shared the 1986 Nobel Prize in Chemistry along with Yuan T. Lee. While the discoveries made by the trio enabled chemists to infer many of the forces at play in a chemical reaction, the impact parameter has defied direct control.

“We believe that this is a major step forward in the control of chemical reactions,” said Anggara, who performed the study along with Polanyi, senior research associate Lydie Leung and graduate student Matthew Timm.

Support for the research was provided by the Natural Sciences and Engineering Research Council of Canada, the U of T NSERC General Research Fund and a Connaught International Scholarship for Doctoral Students. Computations were performed on the SciNet HPC Consortium supercomputer at U of T.