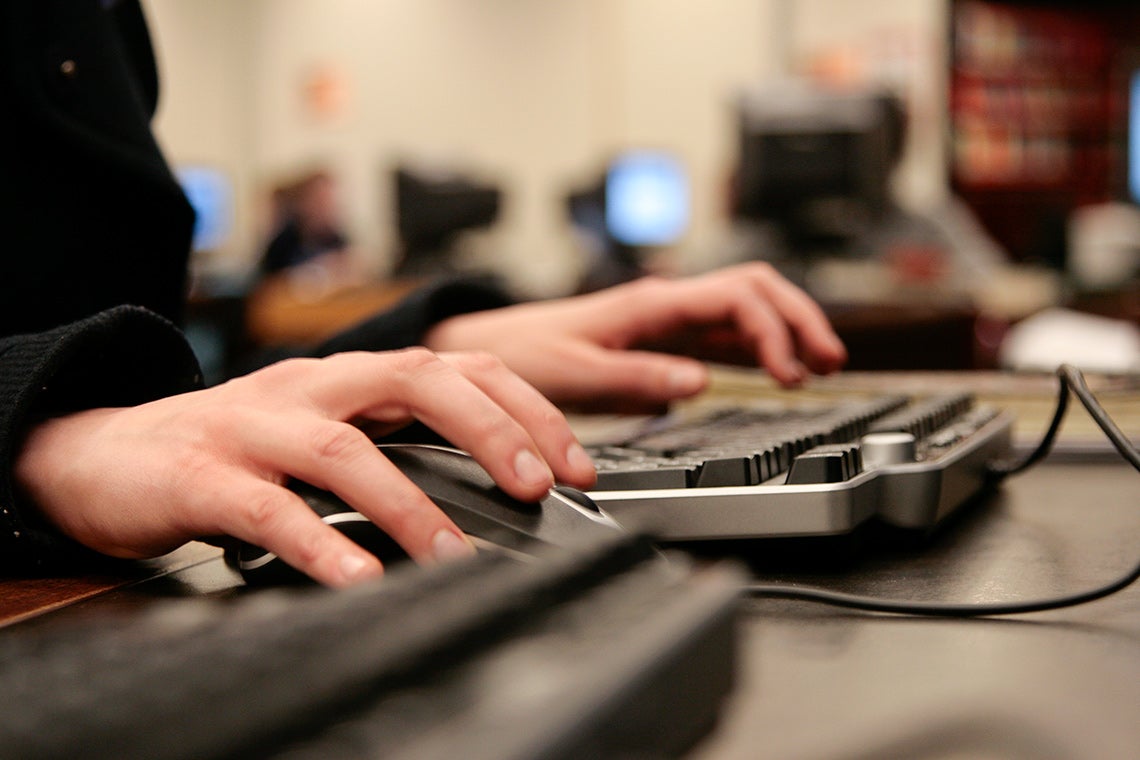 U of T's Office of the Vice-President, Research and Innovation partnered with U of T Libraries to produce a checklist to help researchers detect deceptive publishers (photo by Jason Krygier-Baum)

Some journals may have all the trappings of a reputable publication, but really just seek to turn a profit from unsuspecting academics.

The University of Toronto’s Office of the Vice-President, Research and Innovation worked with U of T Libraries on a checklist that helps researchers spot these deceptive publishers before it's too late.

The resource, published under a creative commons license so it could be shared widely, was recently posted in both official languages by Canada’s Secretariat on Responsible Conduct of Research.

Deceptive or “predatory” journals are a problem for academia, says Lorraine Ferris, U of T's associate vice-president of research and oversight compliance. They undermine the quality of published science because their content often isn't peer-reviewed, and they keep important work out of legitimate journals where it can have a larger impact, she explains.

To make matters worse, researchers may later unwittingly cite an illegitimate journal and spread unverified or false information, she says.

“It's like this vicious circle that we have to stop,” she says.

Some deceptive publishers persuade researchers to submit an article by guaranteeing to accept it – for a price ranging in the hundreds or thousands of dollars.

After their work appears in a predatory journal, the researcher often loses the copyright so it can't be republished, says Rhain Louis, U of T's manager, research oversight and compliance. Deceptive publishers “essentially hold the work hostage,” he says.

U of T's checklist highlights more red flags that indicate a publication may be illegitimate:

• the time of submission to the publication is unexpectedly short
• the journal name is easily confused with another better known journal in its field
• it has an opaque peer-review process
• it charges an article processing fee prior to acceptance.

If a journal's contents don't line up with its title or scope, that's another sign it may be trying to trick you, says Stephanie Orfano, head of the scholarly communications and copyright office who helped make the checklist.

Identifying deceptive publishers can be difficult, she says, because they mimic the practices and websites of legitimate journals. “A big part of it is just how savvy these deceptive publishers have gotten over the years. You really do need to pay such close attention to the details,” she says.

Deceptive publishing appears to be a growing problem. One widely cited study in BMC Medicine estimates there were 53,000 articles published in illegitimate journals in 2010. Four years later, there were 420,000.

The term predatory publisher comes from Jeffrey Beall, a now-retired librarian formerly at the University of Colorado. He put together a now-defunct blacklist of  “potential, possible or probable” deceptive publishers with roughly 1,200 titles.

Orfano says U of T's resource is an improvement on the blacklist because it gives researchers the tools to identify deceptive journals themselves. The authors of the U of T checklist point out that some publications, many of them originating in the global south, may have been mistaken for deceptive publishers in the past due to a lack of resources even though the research being published is of high quality.

Ferris says teamwork among universities, government and researchers will help put a stop to the problem. “We need to be sure these journals don't keep multiplying and that we end this,” she says.

"They're interfering with our literature, undermining science, doing all sorts of damage to institutions and individuals. As scholarly communities, we are the ones who need to take control, stop submitting to them and giving them our business."