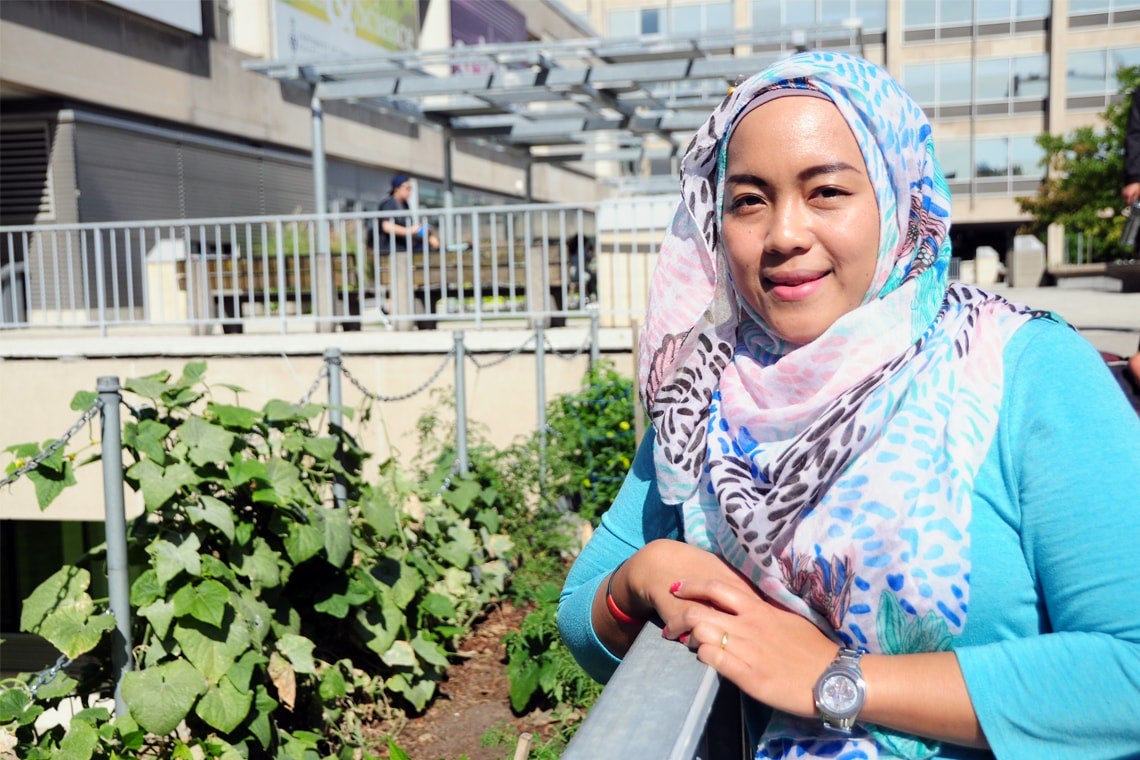 We’re all guilty of wasting food.

Sometimes we dump the leftovers in the trash after a big meal, or we find forgotten food in the fridge that has long since expired.

Restaurants, grocery stores and food distributors are also wasteful – throwing out ugly-looking but perfectly good produce and getting rid of products as soon as they hit the "best before" date.

In fact, according to Value Chain Management International, a sustainability-focused consultancy firm, it’s estimated that $31-billion worth of food is wasted every year in Canada.

Tammara Soma hopes to break the cycle of wasted food and wasted money. The University of Toronto PhD student in the Faculty of Arts & Science and Trudeau Foundation Scholar founded the Food Systems Lab, which aims to work with private, public and community organizations to find solutions to Canada’s waste problem.

“The role of the Food Systems Lab is to bring all these diverse, multidisciplinary stakeholders and collaborate together,” she says.

The lab, funded by the Pierre Elliott Trudeau Foundation, will be conducting a series of workshops beginning Nov. 24 to find the root of the waste problem

“The idea is that at the end of the Food Systems Lab, we would come up with interventions – a prototype that can be tested in a microfood system to see how it works,” says Soma.

According to U of T research, almost 12 per cent of Ontarians are food insecure – meaning they have trouble accessing the food they need to have a healthy, balanced diet.

“We can’t keep going on this path where we waste food and waste resources,” says Soma.

Planning graduate student Kelsey Carriere is doing research with the Food Systems Lab. She has been conducting interviews with different organizations along the food supply chain from restaurants to community groups.

“One of my most enlightening interviews so far has been with an elder from a traditional knowledge centre who was giving an Indigenous perspective on how food is valued, on gratitude and how nothing should go to waste,” she says.

Carriere says there is some reluctance on the part of food producers and suppliers to adopt a waste-reduction strategy.

“Nobody’s against it in principle. It’s really just a question of logistics. At a large-scale corporate-level, when you’ve got a system that works, and you’re being asked to redesign that, it’s a daunting task,” she says.

Changes also need to be made by consumers and retailers, says Virginia Maclaren, associate professor and chair of the department of geography and planning and an expert in waste management.

“Households are constrained in many ways in terms of how they reduce food and produce food waste by time constrains, by family constrains, by marketing constraints – they’re sold certain types of foods that they maybe don’t need,” says Maclaren, who is the special advisor to the Food Systems Lab.

Those who are willing adopt the "waste not" philosophy of a new generation of city planners.

“With growing urbanization and a growing population, we need to feed all the people. I think that’s part of the reason why I call myself a food systems planner,” says Soma.

This new type of planning is growing in popularity, says Maclaren.

“Demand for it is starting to explode because municipalities are developing food plans, food policy councils or trying to integrate food considerations into their official plan,” she says.