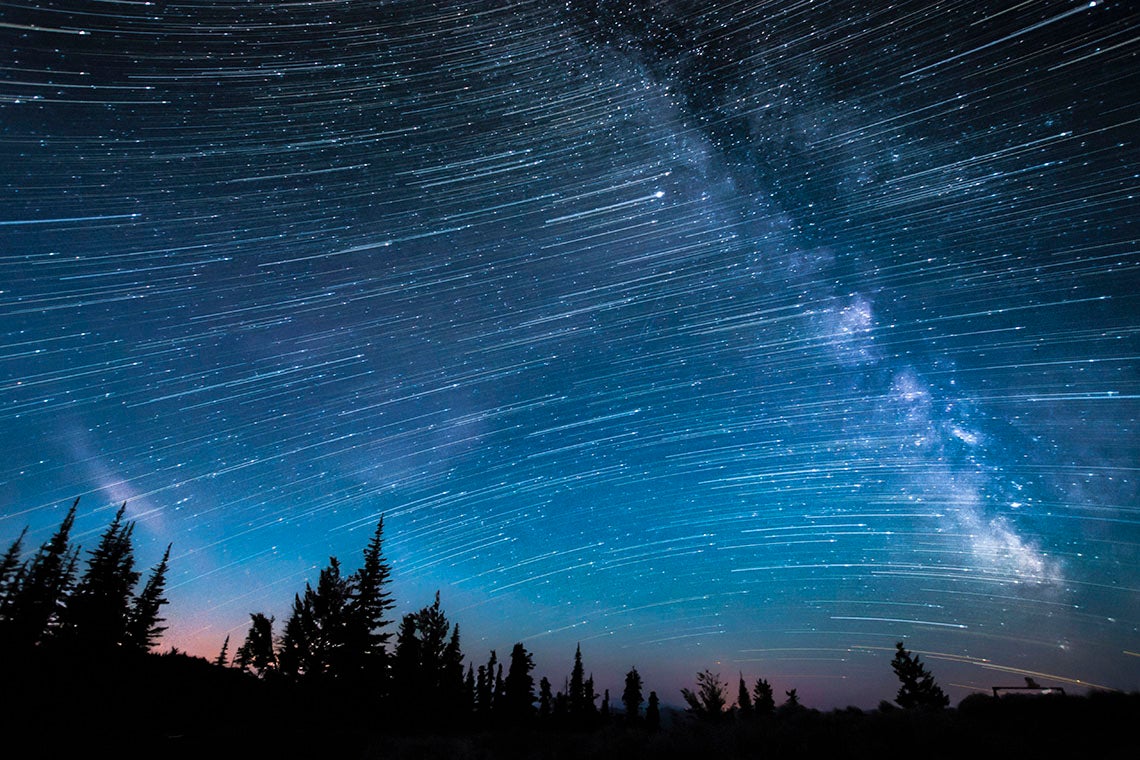 The Milky Way is captured with an hour-long time exposure over Osoyoos, B.C (photo by Preserved Light Photography via Getty Images)

A new course at the University of Toronto offers students the opportunity to learn about astronomy through the lens of Indigenous knowledges – particularly those of Indigenous Peoples from Turtle Island.

Hilding Neilson, an assistant professor at the David A. Dunlap department of astronomy and astrophysics in the Faculty of Arts & Science, created the third-year course called “Indigenous Worldviews & Astronomy” for students who are interested in Indigenous perspectives, ethics and colonization in science.

Neilson, a Mi’kmaw from the Qalipu First Nation, says he believes viewing astronomy exclusively through a Western lens can be limiting.

“We tend to omit Indigenous perspectives and methods in this discussion, even though we live and benefit from being on Indigenous lands,” says Neilson, whose own research focuses on massive star evolution, atmospheres, stellar pulsation, stellar winds, binarity, convection, exoplanets and planet-hosting stars.

“By embracing Indigenous and other knowledges, we bring more lenses – and that can only enrich our view and understanding of the universe.”

Neilson describes Indigenous knowledges as more holistic and relational, reflecting our place on the land and our relation to the world around us.

He compares the inclusion of Indigenous knowledges to an astronomer that uses infrared and ultraviolet telescopes in addition to traditional optical telescopes – and therefore is able to understand far more about the night sky.

The class will teach students about the intersection of western astronomy and ongoing colonization so they can better understand the responsibilities of Western astronomers when it comes to respecting treaties and Indigenous rights, the course description says. It will also present students with an Indigenous lens regarding space exploration.

While Mi'kmaq culture wasn’t a large part of his life growing up, Neilson says he was inspired by a lecture delivered by a Cree astronomer and decided to learn more as a result.

“I feel that learning from Indigenous knowledges have allowed me to relate and connect with the science more deeply, and to think about how I myself relate to that knowledge,” Neilson says.

“It has made me a better scientist.”