U of T assistant professor, student team up to create VR tool to teach lab techniques 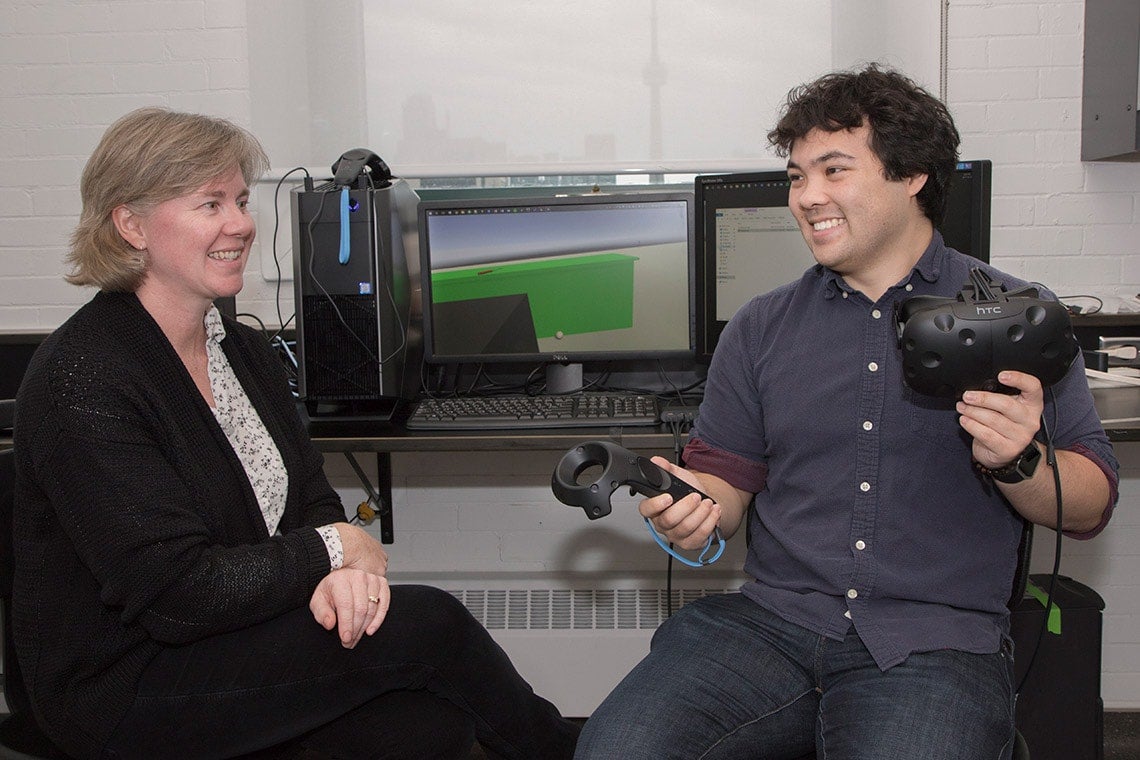 When Alexander Sullivan was a kid, he was fascinated by all of the amazing things virtual reality could do at the time – from interactive gaming to using the technology to train NASA astronauts.

Now in his final year studying human biology and cellular systems biology in the Faculty of Arts & Science, Sullivan is using the next generation of equipment and software to create a VR experience of his own.

He and partner Dawn Kilkenny, an assistant professor, teaching stream in the Faculty of Applied Science & Engineering, are creating a virtual lab simulation, called VirtEx Labs, that can be used as a training tool for students and professionals.

“We look at this as a way to better prepare our students before they engage in the laboratory,” says Kilkenny. “It'll enhance safety, it's better on our budget, and it allows us to introduce theory and concepts that exceed the capacity for our facilities.”

The VR experience will also reduce the risk that comes with operating a lab, says Sullivan.

“It's a safe environment to allow students to make mistakes and learn from their mistakes without hurting themselves and hurting someone else or financially costing the school,” he says.

Sullivan is doing all of the programming himself, and testing it out using an HTC Vive.

“We're going to start programming basic techniques, but we hope later down the line we can make this as expansive as possible to teach as many different scientific tools and techniques,” he says.

First, Sullivan assigned functions to basic shapes like cubes and spheres – allowing the user to lift, put down and move objects. 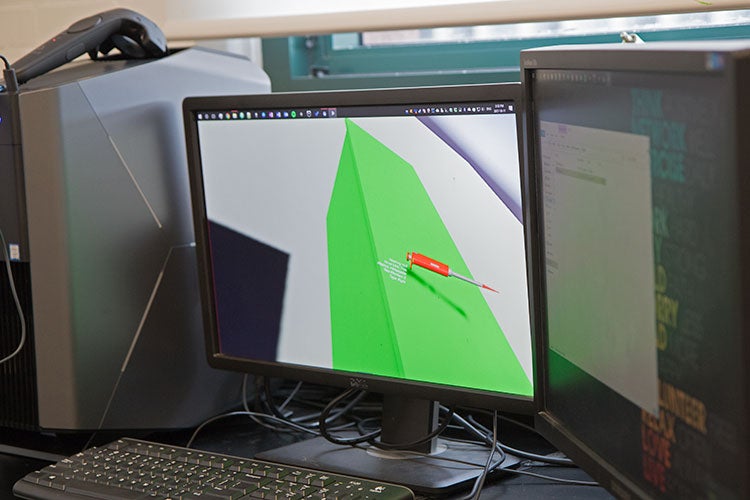 He’s currently designing the first lab tool in the program – the pipette, which is used to transfer small volumes of liquid. Users will eventually be able to learn how to use the tool, but also what happens when you break it.

“I'm trying to recreate this as accurately as possible,” he says.

This is the first baby step to see what they are confident in doing, says Kilkenny.

“There are multiple opportunities for implementation but we've got to grow it first,” she says. “What makes it more attractive than going with an external company is that Alex can develop an experience that reflects our facility, our method and our tools.” 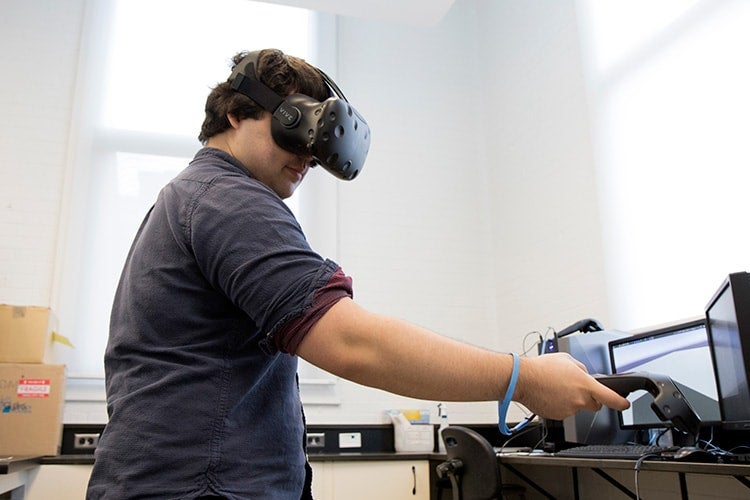 “I hope it can be expanded to high schools and industries where they teach science and expand knowledge as far as the technology can reach,” he says. “My high school could never afford biological labs, but it could afford a few VR headsets – they can have years and years of students doing these biological experiments.”

Kilkenny and Sullivan hope to release a version of VirtEx Labs in May.