U of T anthropologist Malcolm Ramsay asks, “Why didn’t the lemur cross the road?” 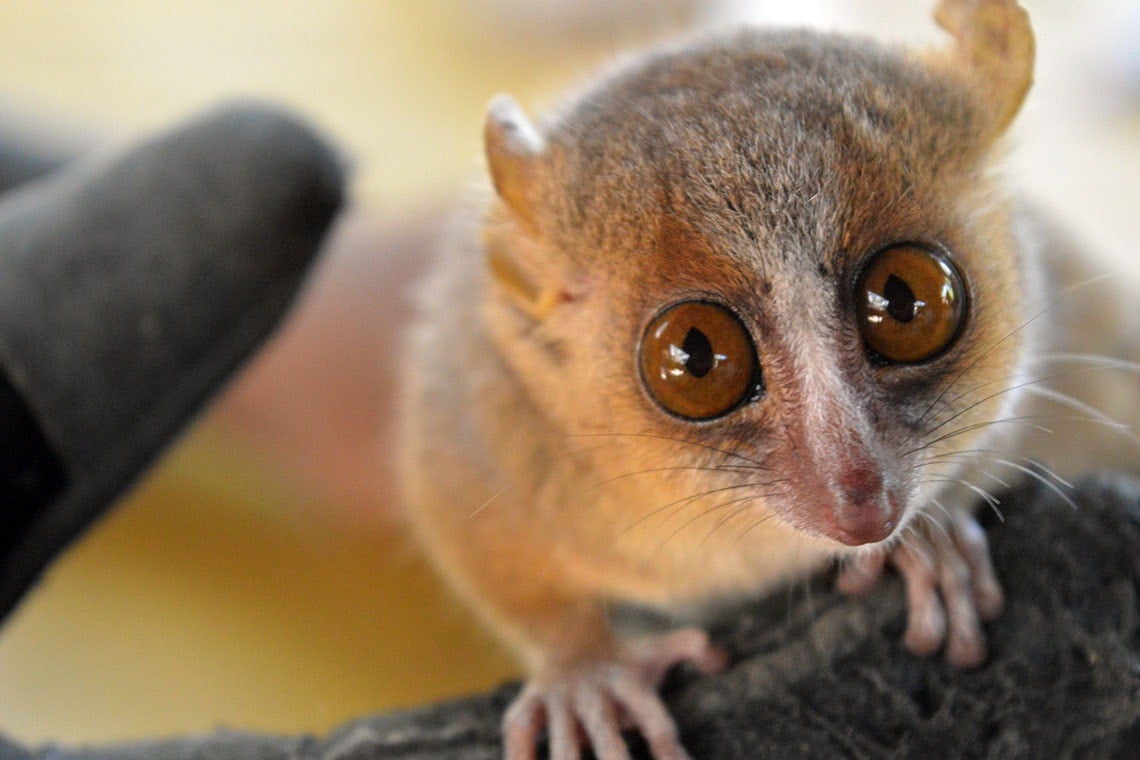 Mouse lemurs, a primate by classification, may provide insight into human behaviour and well-being

Something to Google today: mouse lemurs.

They weigh only about 50g and have big brown eyes. You may think you’re looking at a very cute rodent. You’re not.

Despite their name, mouse lemurs are actually primates – and our evolutionary relatives.

“We share a few key features with mouse lemurs like bigger that average brains, similar hands and skeletal structure, and certain visual traits,” says Malcolm Ramsay. “That’s where it ends though. Lemurs, all 100-plus species of them, are incredibly unique and diverse.”

A University of Toronto anthropology PhD student, Ramsay is studying mouse lemurs in Ankarafantsika National Park in Madagascar.  He began his PhD in 2016, under the supervision of Shawn Lehman, an associate professor in the department of anthropology in the Faculty of Arts & Science.

Ramsay is assisted in his research by Andriamahery Razafindrakoto, a student from the University of Antananarvio in Madagascar, and Jean Bosco (Jhonny) Kenedy, a guide in the Ankarafantsika National Park who has been teaching him Malagasy, the national language of Madagasgar.

“Jhonny knows more about the environment of the park and the ecology of the lemurs than anyone I have met,” said Ramsay. 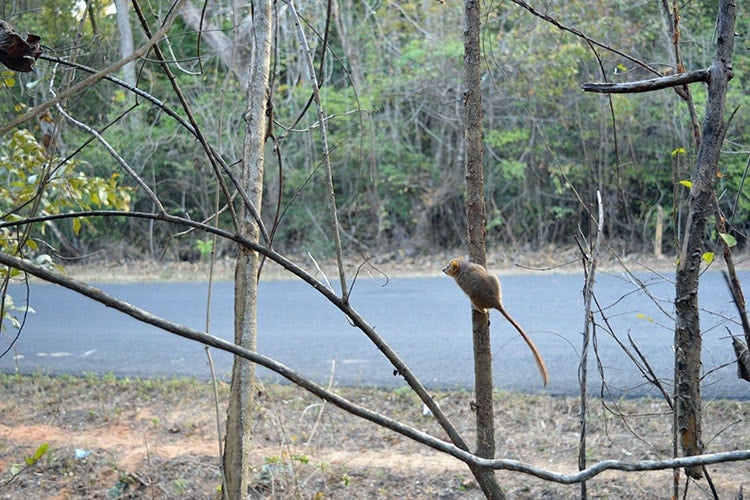 A typical day for Ramsay and his team begins before sunrise. They capture, measure, sample and release lemurs, enter data and reset their traps before turning in for the night.

“Usually it’s the mosquitoes that drive me to bed, but tonight we found a scorpion under the dinner table so everyone went to bed early,” says Ramsay.

Ramsay says that, as a primatologist, he thinks it’s important to study all primates, not just the ones that resemble humans.

“Anthropologists typically study primates such as chimpanzees and ask what makes us uniquely human, but studying lemurs allows us to ask and answer broader questions such as what makes us a primate,” says Ramsay.

“Lemurs have evolved independently from other primates on Madagascar for millions of years and thus have strange traits like nocturnality, seasonal breeding, and female dominance,” he says.

The most important reason to study lemurs though, is they are among the most endangered mammals on earth and rapidly heading towards extinction.

“Humans only arrived on Madagascar in the last few thousand years, and since then many large animals like hippos, giant birds, and at least 15 species of lemurs have gone extinct,” says Ramsay. “The remaining lemurs are mostly endangered and living in rapidly disappearing forests.”

Ramsay says the problem is exacerbated by the fact that Madagascar is one of the poorest countries on Earth and plagued by food insecurity. In this context, it can be challenging to justify saving lemurs when humans need help as well.

However, “By studying the conservation of lemurs we can also find solutions that improve human well-being,” he says. “Many primates, including lemurs, are vital for spreading seeds across forests allowing for new tree growth. A healthy forest has primates and also provides services to people, such as food, water and shelter.

“It is nice to imagine pristine forests with bountiful animals, but that is not the reality on earth. Even in the most ‘remote’ places, humans are having positive and negative impacts on animals. It is important to understand these impacts in order to inform conservation initiatives rather than simply making assumptions.”

While working on his master’s degree, Ramsay looked at the impact of roads: specifically whether or not the mouse lemurs are crossing a national highway in Ankarafantisika National Park. After three months of capturing and recapturing the lemurs he found that while they were crossing the highway, but it was a complicated picture.

“Only the male mouse lemurs were crossing the highway, despite the fact that both male and females need to leave the group they are born into and disperse across new areas,” says Ramsay.

“We also didn’t find any of the typical signs of habitat disturbance – such as lowered body weight which we’d expect to find if there is difficulty finding food.

“So our results on the impacts of roads were varied.”

“Given that we could not clearly say either that roads are good or bad for the mouse lemurs, I think one of the main take-aways from our research is that is shows how complex conservation science can be and we need to learn more about what is actually going on here.”