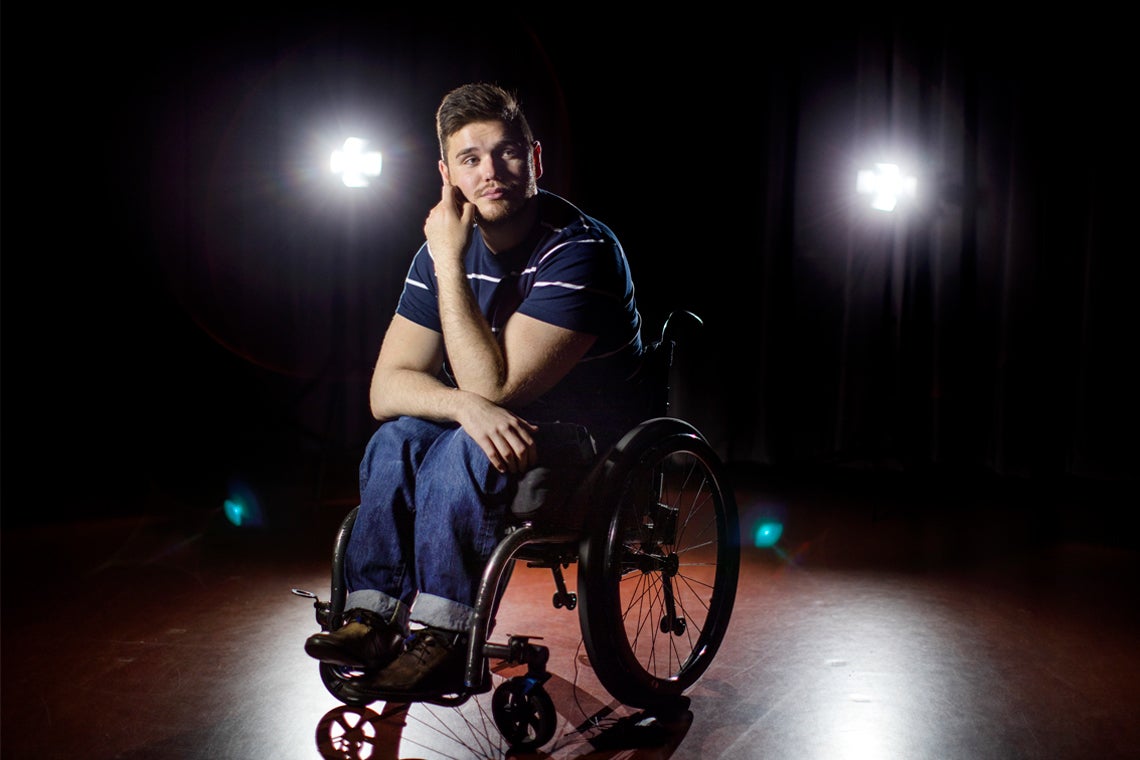 University of Toronto alumnus George Alevizos wants to ensure actors with disabilities are supported and represented in the Canadian entertainment industry.

Alevizos, who uses a wheelchair, is working with ACTRA, the Canadian actors’ union, to audit the accessibility of casting facilities in Toronto.

His efforts were highlighted in a recent report on CBC’s The National, which looked at how the entertainment industry is becoming more inclusive – particularly for people with disabilities.

Read more about U of T alumnus George Alevizos

A recent graduate of theatre and drama studies – a joint program between U of T Mississauga and Sheridan College – Alevizos has found success on screen with appearances in Star Trek: Discovery and a starring role in a Hallmark commercial.

"I feel like the more representation we see, the more willing people are to go out and work on their craft,” Alevizos told the CBC.

Watch the report on The National: