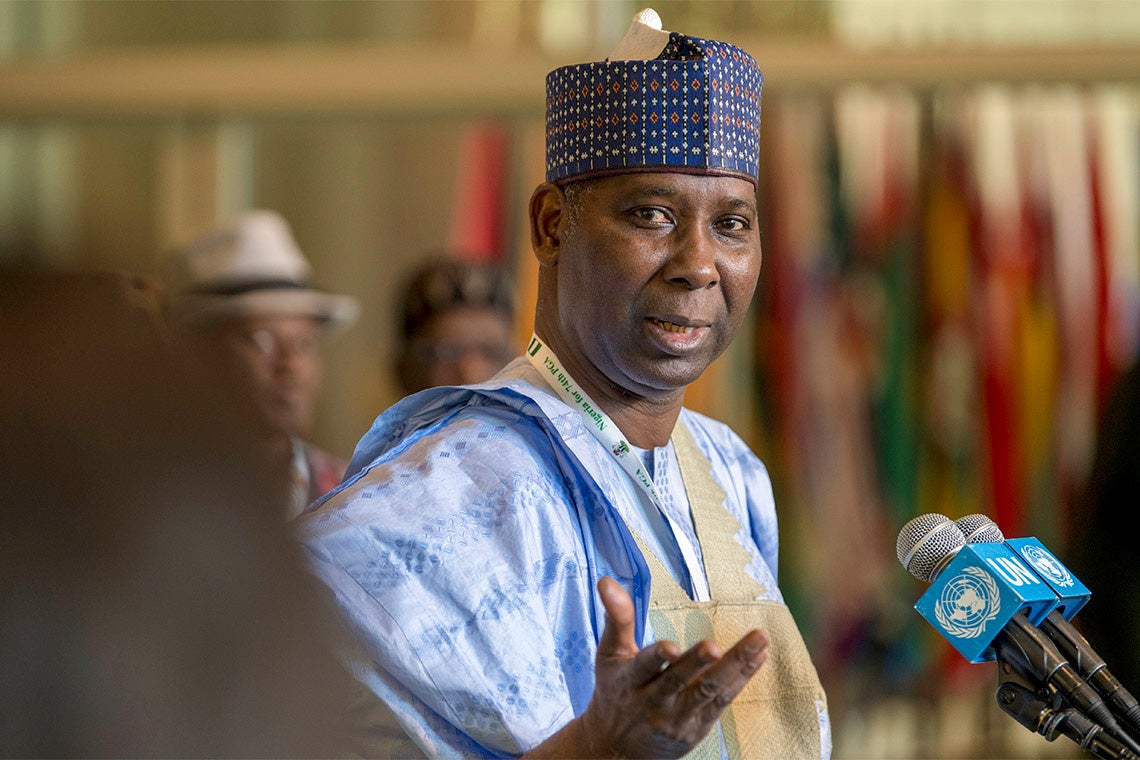 Tijjani Muhammad-Bande, Nigeria’s permanent representative at the United Nations and a University of Toronto alumnus, has been elected the next president of the UN General Assembly.

Muhammad-Bande, 61, who obtained his PhD in political science from U of T in 1987, will preside over the 74th session of the UN, which starts in September, according to the Associated Press.

UN Secretary-General Antonio Guterres hailed Muhammad-Bande’s vast experience in diplomacy and public administration, and noted his “invaluable insights” into the challenges faced by the UN in the realms of human rights, security and sustainable development.