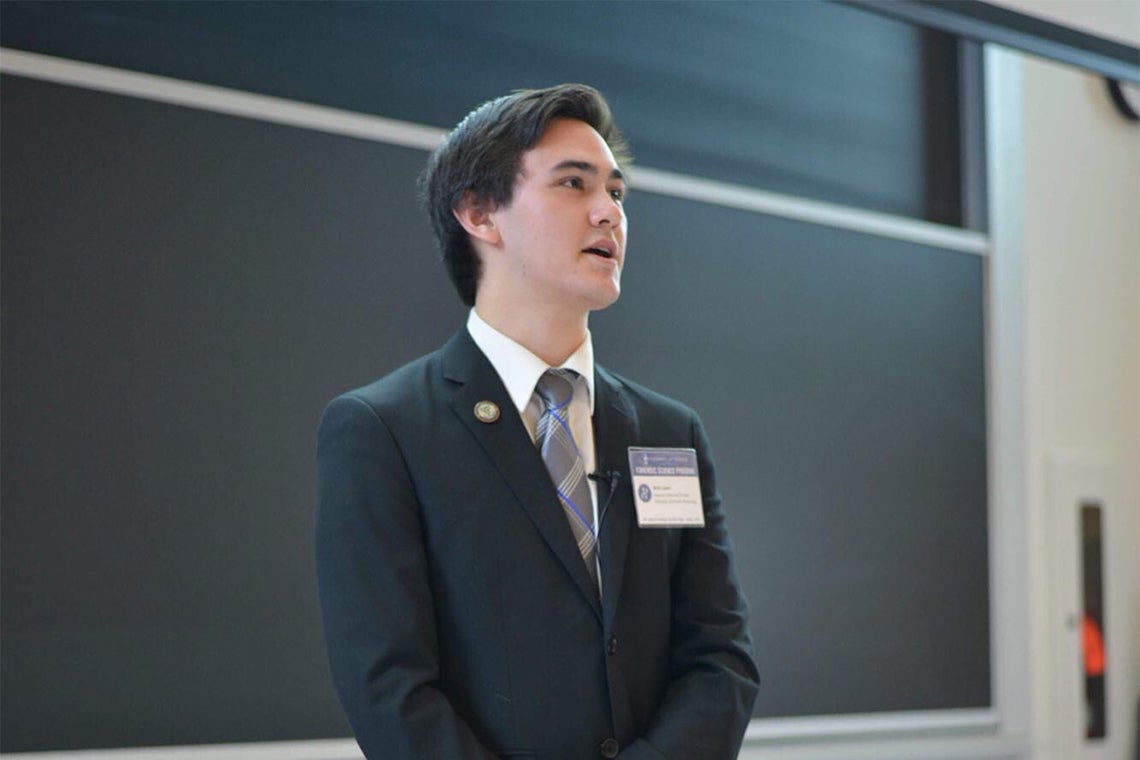 Nick Lowe never imagined he would use his degree in forensic biology from the University of Toronto to start a business – let alone one that challenges others to solve mysteries.

Drawing on his education at U of T Mississauga, Lowe launched a virtual escape room called The Puzzleverse in May. It’s a collection of engaging and thought-provoking virtual puzzle games that people can enjoy from home and play online with friends and relatives.

The games are aimed at participants aged 13 and older and require four to six players. There are currently four escape rooms offered on the website. One takes place aboard the International Space Station, while another is described as an “underwater expedition gone wrong.”

“For fun, whenever I talked about retirement, I thought it might be fun to open an escape room,” says Lowe, who graduated in 2019. “So there was somewhat of an idea there, but definitely not this early in life.”

Lowe says he got the idea while working as a game master at a Winnipeg escape room, when the third wave of COVID-19 hit Manitoba and forced his workplace to close its in-person offerings.

That’s when Lowe decided to partner with his brother, a graphic designer, to create The Puzzleverse.

Lowe says his undergraduate degree at U of T Mississauga gave him the knowledge and skills to create all of the games offered on the website, including a “Murder Royale” game, where a prince has been murdered and players have to work as a forensic team to help a young detective catch the killer.

“That one is directly related to my undergraduate experience,” Lowe says.

He adds that his forensic biology degree helped hone the skills needed to create a compelling virtual escape room.

“When I see a problem I search for evidence, analyze it, and interpret it in the context of what I’m doing,” he explains. “That was definitely the mindset I had when designing these puzzles.”

Lowe says that he has received great feedback from players who appreciate having the ability to experience an escape room when they can’t physically be in the same room as each other due to COVID-19.

Eventually, Lowe says he would like to lean even more into the virtual space and potentially design games that can be played using virtual reality devices.

“Players would be able to scan and interact with the rooms on a level that would make them feel they were actually inside an escape room from the comfort of their own home,” he says.

He says he believes The Puzzleverse will still be a popular entertainment option for people even after COVID-19 restrictions begin to lift.

“There will always be some sort of need or demand for it,” Lowe says. “People are always going to be geographically separated and may have family far away. You can always play with them through the game, be connected and have fun.”