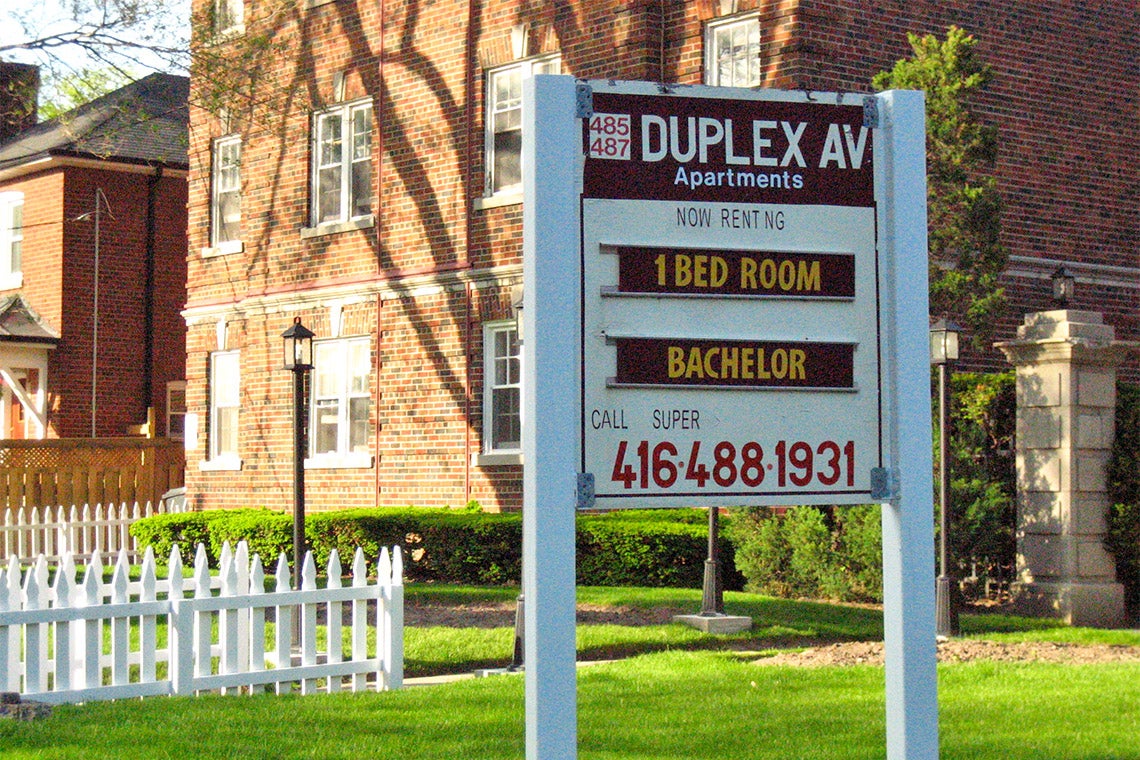 The bidding wars of house hunters get the lion’s share of attention, but it’s not uncommon for tenants to bid on rentals, especially in competitive urban centres.

Now, a new smart algorithm could give tenants an edge on deciding how high or low to bid.

Mohaimen Khan, an alumnus of the University of Toronto’s Faculty of Applied Science & Engineering, developed the algorithm in the summer of 2019 along with his team members Benjamin Labrecque, Jenny Guan and Mandy Cheung. All four were interns in the Royal Bank of Canada (RBC) Amplify Program and were recently encouraged by the bank to patent the technology.

Mohaimen, who secured the internship through U of T Engineering’s Professional Experience Year Co-op Program, says RBC had tasked the group with expanding Get Digs, an existing application that allowed users to pay their rent with a credit card, earning reward points and building credit.

“RBC gave us a blank slate to grow their Get Digs user base,” says Mohaimen. “But before jumping in, we had to understand what the pain points were in the renting process. We looked at one another and said, ‘Why not just ask people?’”

The team did a number of street interviews. Mohaimen also created a Google form that he sent to various student groups and others to collect anonymous data on rent price versus asking price.

“The form blew up on my social media,” he says. “Even more surprising was that every student’s winning bid was below the list price, while every professional paid more.”

A common complaint was that other people scooped up the listing before one could act on it. Landlords, too, weren’t very clear on what information and documents they required before considering an offer.

“We had to give our users an advantage somehow,” says Mohaimen. “One idea was to incentivize those tenants who knew they were moving out to give a heads up to other users, along with exactly what information the landlord wanted.”

Anyone who posted advance notice would have 50 per cent of their last month’s rent paid for by RBC, should the posting lead to a new tenant – a cost-effective way for the bank to attract new credit card customers. Meanwhile, landlords would be spared the legwork of finding a new tenant and could be confident that the user had gone through RBC’s onboarding process.

But the user would also gain an advantage with inside information on how high or how low their rent price bid could be.

The algorithm achieved this by mining data from comparable rents and estimating the standard deviation between the asking price and final agreed-upon price. After factoring in whether the tenant is a professional, a university student or a college student – as well as whether single, with family or someone who would be subletting the unit – the algorithm arrived at a “confidence interval” for a bid above and below the list price for that location.

This information proved to be highly valuable to potential tenants. In a matter of months, the revamped platform saw a nearly threefold increase in users.

“There were several electronic platforms in this sector, but no one else had developed a bidding algorithm,” says Mohaimen.

In early 2021, Mohaimen and his team were contacted by RBC. The Get Digs platform had been discontinued in late 2020, but RBC saw the algorithm’s value and encouraged the team to apply for a patent, which was granted this past February.

“We had always envisioned our algorithm as a potential tool to help governments with some form of rent control – maybe part of a solution for frenzied rental markets,” says Mohaimen.

Mohaimen, who now works for Microsoft, says the PEY Co-op was invaluable for enabling him to get practical experience at one of the most innovative Canadian companies in fintech.

“We were given an opportunity to come up with something not even on the market yet – something that could directly help the customer,” he says. “We learned that to do so, you really need to understand the business logic behind any solution.”

Building design challenges around real-world scenarios is a key part of the teaching philosophy in the Edward S. Rogers Sr. department of electrical and computer engineering (ECE), not only in programs like PEY Co-op, but across the curriculum.

“Beyond teaching the engineering theory and practice, we aim in ECE to cultivate engaged citizens among our students,” says Professor Deepa Kundur, the department’s chair. “This means equipping them with problem-solving tools to navigate the real-world challenges and constraints an organization or company is faced with, and also providing them the confidence to question the status quo.”