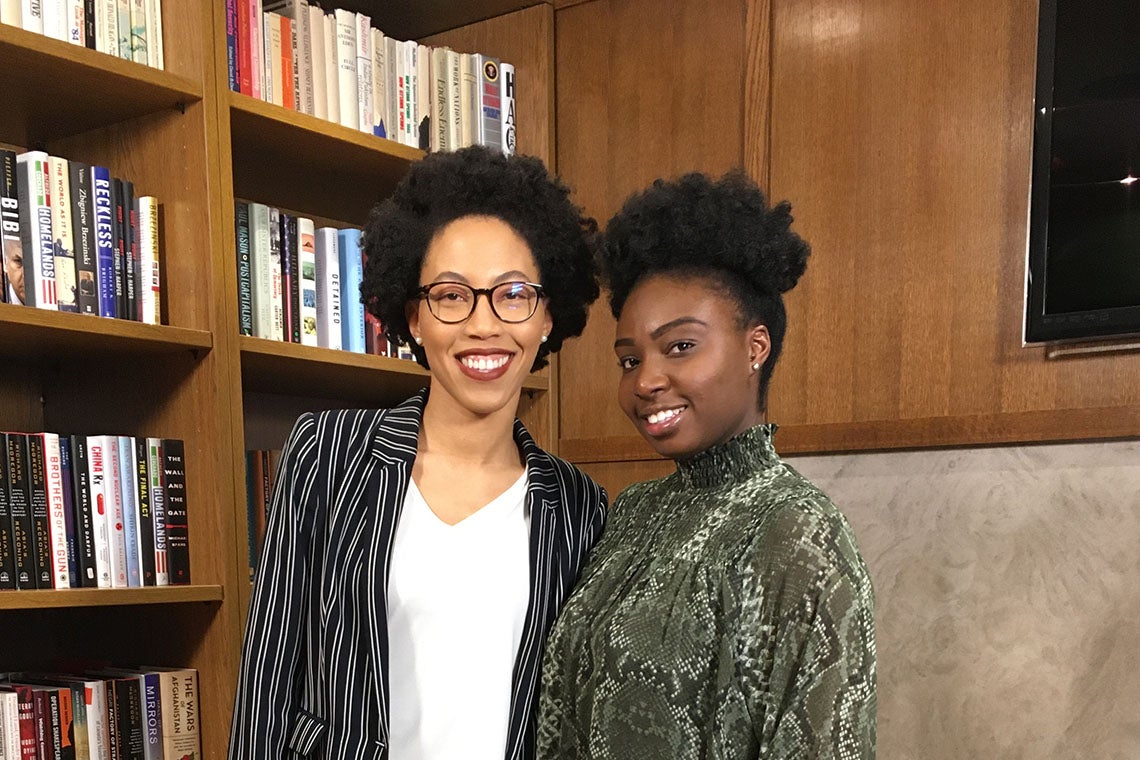 Three graduates from the Munk School of Global Affairs & Public Policy are behind a daylong event aimed at fostering conversations about local policy initiatives that affect Toronto’s diverse Black communities.

The inaugural Toronto Black Policy Conference, which takes place on Saturday at the school, was organized by Eunice Kays, Sharnelle Morgan and Anna-Kay Russell – all alumnae of the Munk School’s master of public policy program.

“The conference was inspired by a collaboration that we led at the Munk School with the Harvard Kennedy School, whose annual Black Policy Conference is the longest-running conference at the school,” says Russell. “We really wanted to have a similar kind of conversation here in Toronto.”

With broad goals of networking and knowledge-sharing at a local level, the conference will cover a wide range of topics, including mental health, arts and culture, innovation, activism, labour and economic issues. It’s being hosted by the City of Toronto’s Confronting Anti-Black Racism Unit and the Munk School’s Urban Policy Lab.

“While the Munk School is a great school, we realized there wasn't enough representation for people that identify as Black,” says Kays. “This conference is a great way to show that policy work is a real possibility and a career path. You can really make your voice heard and be involved in decision-making.”

Morgan points to the conference’s closing keynote session, “Political Activism: At the Table or on the Streets?” as a particularly crucial event. The session features Laura Mae Lindo, a member of provincial parliament, and Marcell Wilson, the co-founder of the One By One Movement advocacy group.

“Within the Black community, we’re often challenged with deciding where to best have certain conversations,” Morgan says. “Is it on Parliament Hill? Or is it at the community level, on the ground? I think the keynote will help participants understand that creating change can come from both sides of that spectrum.”

The conference organizers are also behind the Toronto Black Policy Network, a new organization that will house initiatives similar to the conference by focusing on policy-making through a Black lens.

“We hope to use the conference’s networking session to recruit more people to the network,” says Russell.

Asked what they’re most looking forward to about the event, Kays says it’s “motivation to be civically involved and engaged – especially at the youth level.”

For Russell, it’s “inspiration about innovation. How can we, as Black individuals, continue to be innovative in this city?”

While the three organizers are united in their passion for public policy, their academic paths have diverse origins.

Russell’s undergraduate studies were in environmental and health studies with a minor in psychology. Kays studied liberal arts at Seneca College with the intention to eventually enter law. Morgan focused on international development within her studies in public affairs and policy management.

Having organized the inaugural Toronto Black Policy Conference, all three women are hopeful that it will be the first of many to come.

“We want this to be an ongoing conversation and an ongoing initiative,” says Russell.