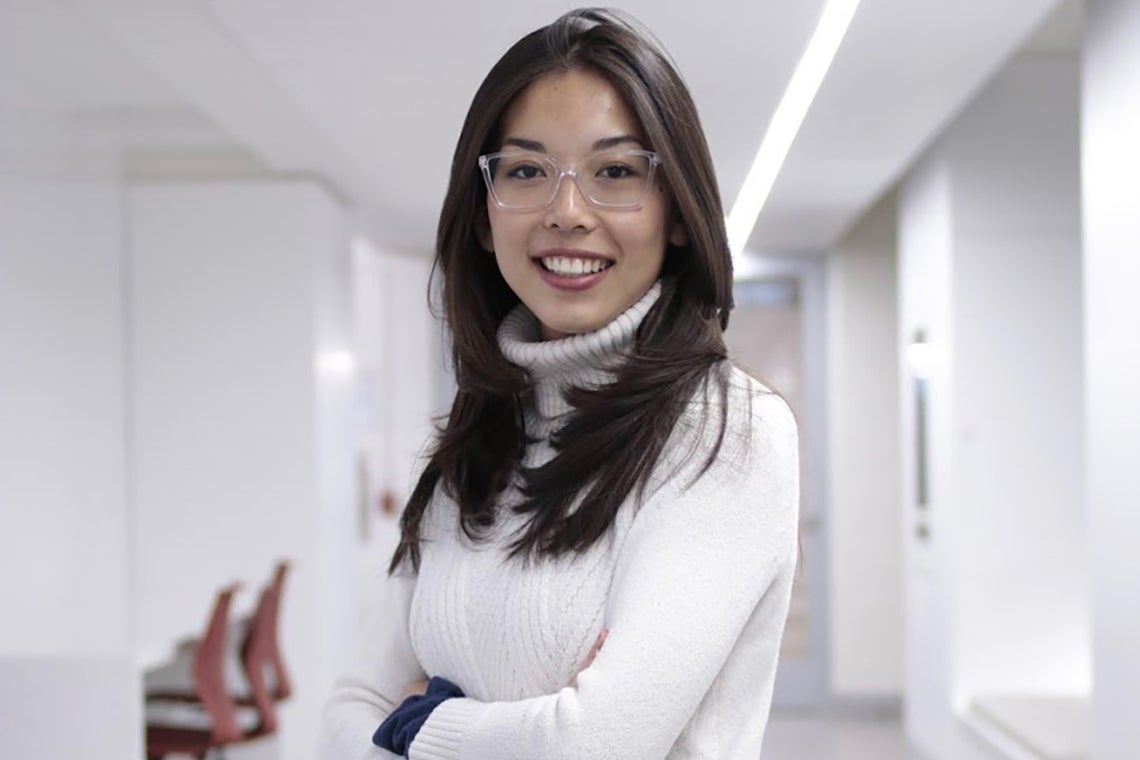 A study led by University of Toronto alumna Kimberly Ren is among the first to quantify predictors that could lead women towards, or away from, pursuing careers in machine learning and artificial intelligence, or AI.

Women currently make up 22 per cent of global AI professionals, with that proportion oscillating between 21 per cent and 23 per cent over a four-year trend, according to a 2018 report by the World Economic Forum.

“The talent gap isn’t closing,” says Ren, who recently graduated from the Faculty of Applied Science & Engineering and was awarded the Best Paper Award at the American Society for Engineering Education Conference for her fourth-year thesis project. She led the study under the supervision of Alison Olechowski, an assistant professor in the department of mechanical and industrial engineering.

“What I hope this research does is find some reasoning behind this gap, so that we can increase the persistence of women in the field going forward.”

Ren surveyed 279 undergraduate and graduate students at U of T Engineering who were studying machine learning/AI – 38 per cent identified as female, 61 per cent identified as male. She then measured how variables, such as professional-role confidence and discrimination experiences, positively or negatively impacted their persistence in pursuing machine learning/AI or general engineering careers. Their findings revealed:

“These findings might sound quite logical, but it’s important to quantitatively show that biased experiences have a real impact on what careers women choose,” says Ren.

While the project was designed to study the gender gap in students pursuing and persisting in machine learning/AI studies at U of T Engineering, its findings also revealed a severe lack of representation of Black and Indigenous students.

“Of the 279 students surveyed, only two per cent self-identified as Black and zero per cent as Indigenous,” says Olechowski.

“This was shown to be the case in a sample size where 84 per cent of students self-identified as a visible minority,” adds Ren. “So even when visible minorities are significantly represented, representation of Black and Indigenous students does not necessarily follow. There needs to be future work that focuses on the unique experiences and predictors of Black students that can elaborate further.”

Their work adds to an expanding list of research focused on biases within machine learning/AI. Fellow engineering science alumna Deborah Raji led a study last winter that revealed the baked-in racial and gender biases in facial-recognition services. Raji’s research, alongside that of computer scientist and digital activist Joy Buolamwini, has led to changes in the industry.

“ML/AI has the potential to significantly shape future technologies, which only underscores the need to increase the diversity of workers within the field,” says Ren. “If we don’t see a change, then biased teaching, inputs, algorithms, applications and decisions will lead to further discriminatory and negative social consequences.”

The paper also provides recommendations to eliminate gender discrimination in engineering education, including mandatory anti-discrimination training modules, as well as accessible and transparent reporting of discriminatory behaviour that would affect faculty/teaching staff promotion and progress reporting.

Olechowski is using the findings to further inform her approach as an educator. As a researcher, she is keen to supervise future students to further the work in this area.

“It’s great that we’re seeing a higher proportion of women studying engineering, but seeing this study makes me realize that we need to ensure that we’re also matching students with mentors in industry – exposing them to people who look like them and make them feel like they belong. I want to be intentional with the role models that I present to my class.”