U of T alumna Barbara Hannigan on her Grammy-winning album, gender in the music industry 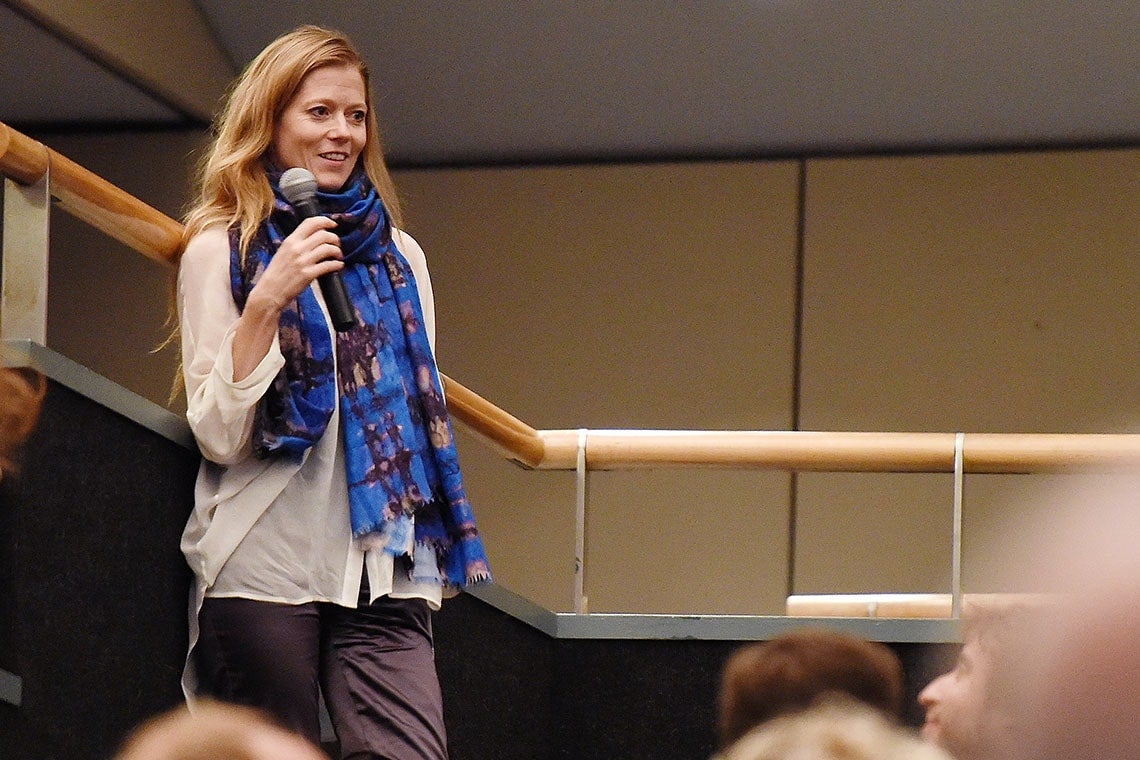 Barbara Hannigan, the U of T alumna who is an acclaimed soprano and conductor, won a Grammy on Sunday for best classical solo vocal album, Crazy Girl Crazy.

Hannigan, who is in Hamburg, Germany, starring in a production of the opera Lulu and missed the Grammy celebration, told the Globe and Mail in an interview that winning “was a total shock. I really didn’t expect to win at all.”

The Globe describes the disc as representing “the agile, adventurous and cool-headed singer's studio debut as both a conductor and vocalist, with her leading the Amsterdam-based Ludwig Orchestra through Alban Berg's demanding Lulu Suite and selections from the Gershwin musical Girl Crazy.”

Hannigan was awarded an honorary degree from the University of Toronto in November, along with Mary Morrison, an accomplished soprano who has taught at U of T since 1979.

Hannigan said at the time that Morrison encouraged her to take risks in performance, ”to not choose the safe route, and rather pursue other heights which are not possible when one plays it safe under pressure.”

Read more about Hannigan and her honorary degree

In the Globe interview, Hannigan responded to questions about Recording Academy President Neil Portnow’s controversial comments about the lack of female winners on the broadcast, saying women who want to be part of the industry need  to “step up.”

“When I'm a conductor, I do get a lot of questions. And I know there's a certain responsibility,” Hannigan told the Globe.  "On the other hand, I don't want to put the gender label on it. Once you put that label on it, you're taking away from the concentration of your work. You're bringing the focus on my gender instead of my work. All the conductors I work with, they don't have to deal with being called male conductors. They're just conductors.”

When pressed further, Hannigan said, “I know there's a movement happening. It's important to talk about how people deal with power and how power is distributed and how we collaborate with one another. These are the things I'm experiencing through music with my colleagues. I can safely say I'm definitely doing my part. I don't have to make a statement. I just have to show up and do what I do. And that's an example.”