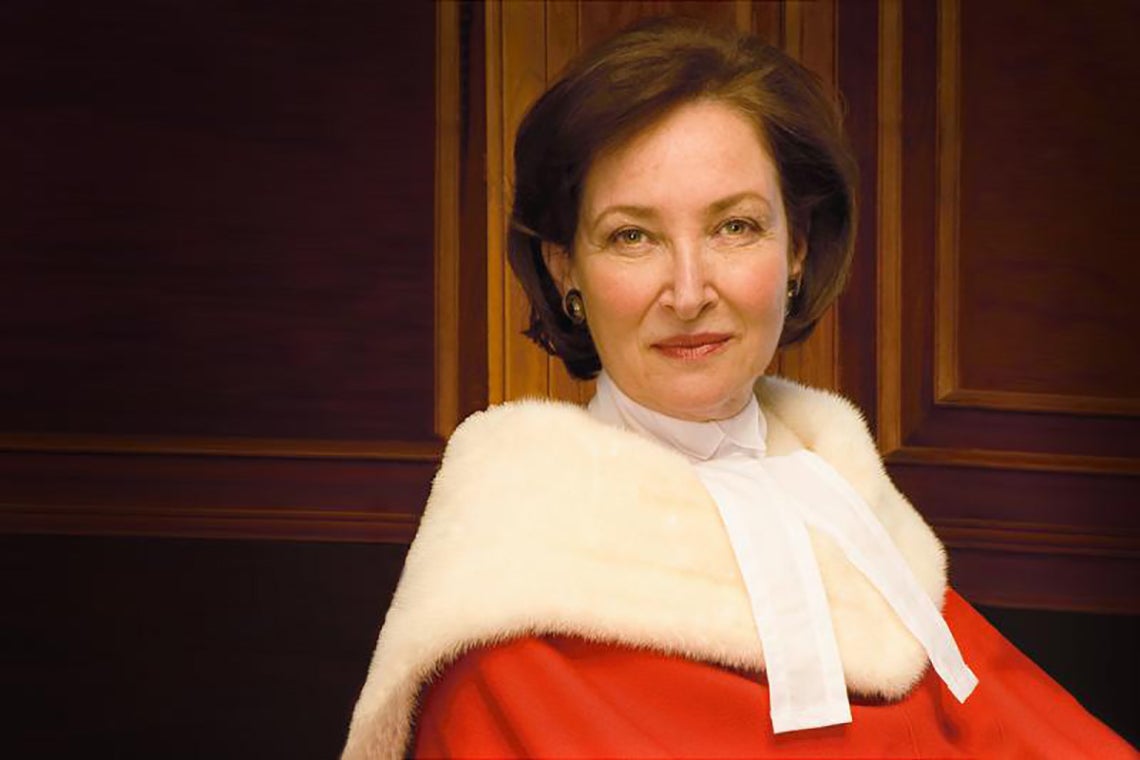 Rosalie Abella, who earned her law degree from U of T in 1970, was one of five women in her class, according to the Los Angeles Times profile (photo by Phillippe Landreville)

The Los Angeles Times introduces U.S. readers to the “most important Supreme Court justice you never heard of” – Rosalie Abella.

The University of Toronto alumna, who has served on Canada's Supreme Court since 2004, was the youngest and first pregnant person appointed to the judiciary in Canada. Born in a displaced persons camp in Stuttgart, Germany the year after the Second World War ended, her family came to Canada as refugees.

She received her bachelor's degree from U of T in 1967, followed by her law degree in 1970. She was one of just five women in her law class.

Her path-breaking work on the Supreme Court bench includes a decision she wrote in the 1990s striking down a tax-law provision barring people from leaving their pension benefits to a spouse of the same sex.

Read more about Abella in the Los Angeles Times