U of T-affiliated hospital named among world’s best 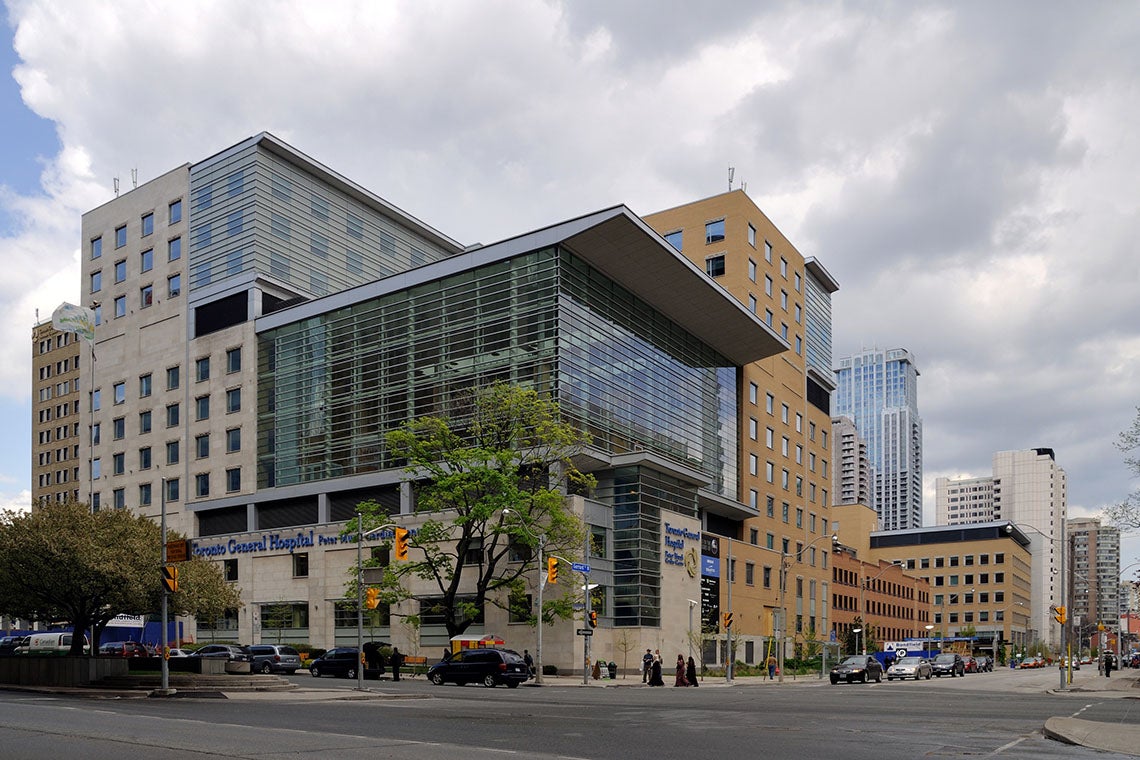 Toronto General Hospital (TGH), part of the University Health Network (UHN), has been named one of the 10 best hospitals in the world by U.S.-based Newsweek magazine, joining a list that includes the Mayo Clinic, Cleveland Clinic and Johns Hopkins Hospital.

A fully affiliated hospital with the University of Toronto, TGH was cited for leading transplant research and innovation, including a triple organ transplant, and for cardiovascular care at its Peter Munk Cardiac Centre.

“UHN is proud to be recognized amongst this elite group of hospitals. This recognition is a testament to our staff, board and volunteers – past and present,” said Dr. Kevin Smith, UHN president and CEO.

Published on March 20, the global ranking references 1,000 institutions and is managed by a global market research company in partnership with Newsweek. The list was finalized by a panel of doctors, medical professionals and administrators across four continents.

“This is a tremendous achievement and a source of pride not only for UHN, but for health care in our region. We, at the University of Toronto, take pride in being a partner to UHN and congratulate them on this well-deserved recognition,” said Dr. Trevor Young, dean of the Faculty of Medicine and vice-provost, relations with health care institutions.

Among world firsts achieved at TGH was the development of insulin in 1922, the world's first successful single and double lung transplant in 1983 and 1986, and in 1950, the first external heart pacemaker was used in an open-heart resuscitation.

"UHN's vision is to contribute to the creation of a healthier world. We have a global track record of success to build on thanks to the collaborative work of many people at UHN – which includes TGH, Princess Margaret Cancer Centre, Toronto Western Hospital, Toronto Rehab Institute and the Michener Institute of Education,” said Smith.