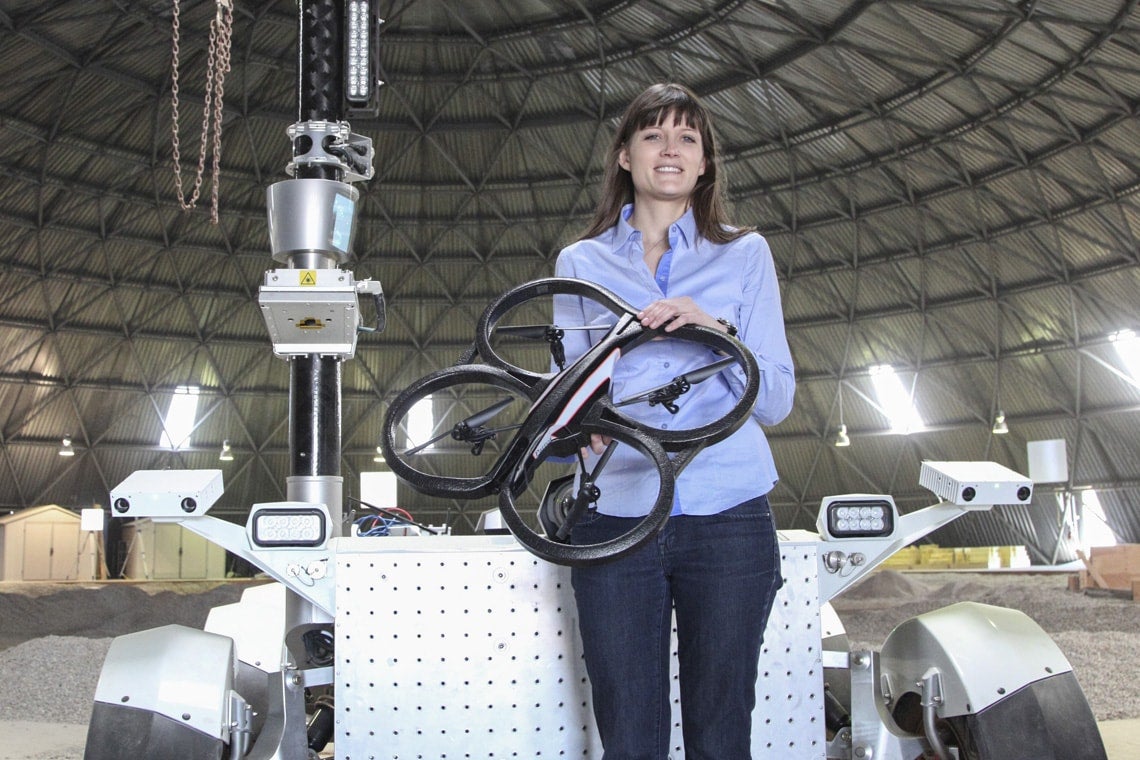 Angela Schoellig, an assistant professor at the University of Toronto Institute for Aerospace Studies, is one of two U of T researchers receiving a Sloan Research Fellowship

A robotics expert using machine learning to improve autonomous aerial vehicles and a mathematician specializing in computational complexity theory from the University of Toronto are among 126 researchers awarded Sloan Research Fellowships this year.

“This is both an incredible honour and very humbling,” said Schoellig. “It really is recognition of the work of my entire research group and all of my collaborators – both current and past. This award will enable us to focus on new exciting directions in the development of machine learning algorithms for robotics.”

The Alfred P. Sloan Foundation said in a news release today that the early-career scholars chosen this year represent the most promising scientific researchers working today. The Sloan fellowships are made “in recognition of distinguished performance and a unique potential to make substantial contributions to their field.” 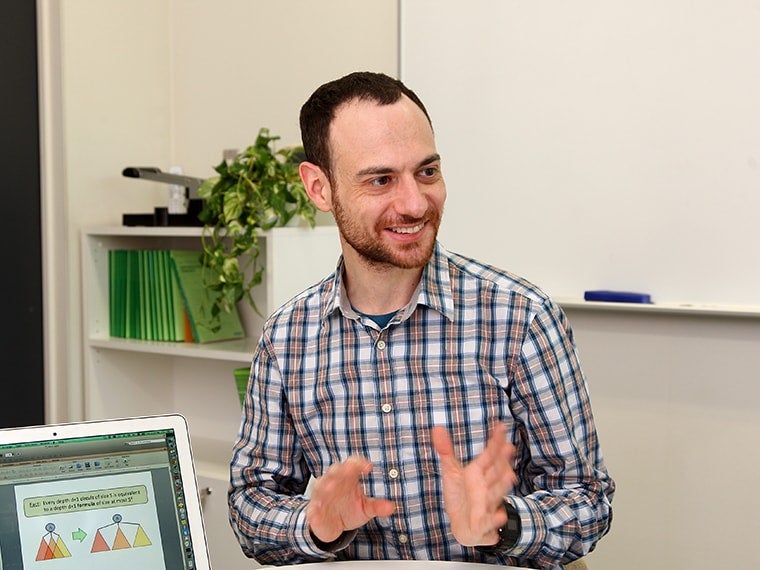 Assistant Professor Benjamin Rossman, one of two U of T researchers who will receive this year's Sloan Research Fellowship, specializes in showing that certain computational problems are inherently difficult to solve

“U of T congratulates our researchers on receiving this prestigious North America-wide award," said Vivek Goel, U of T’s vice-president of research and innovation. "We’d also like to thank the Sloan Foundation for once again recognizing and supporting the excellence of U of T scholars of outstanding promise.”

Schoellig, who heads the Faculty of Applied Science & Engineering's Dynamic Systems Lab and is associate director of the Centre for Aerial Robotics Research and Education (CARRE), conducts research combining robotics, controls and machine learning. Her goal is to enhance the performance and autonomy of robots by enabling them to learn from past experiments and from each other.

For example, researchers can’t program an autonomous vehicle, like a self-driving car, for every possible weather condition. “We can’t replicate them all in the lab,” she said. Instead, they can program the vehicle to react cautiously in an unknown situation and learn from each new experience accordingly. Safety is their number one priority.

She has been working with aerial vehicles for the past nine years and more recently has applied her motion planning, control and learning algorithms to outdoor ground vehicles. As expected, she says the algorithms that work for flight, transfer well to driving.

Interest in her field has exploded in the past six to seven years, she said, recalling that when she did her PhD, finding funding for robotics research and development was difficult. But, “now it’s a complete change” as automotive and tech companies race to lead this emerging field.

“It’s always a concern that the technology is being oversold,” she said, noting the excitement each advancement in autonomous vehicles receives by the media and corporations. “But as researchers, we know and understand the limitations of the technology.”

Rossman, who has a joint appointment in mathematics and computer science in the Faculty of Arts & Science, specializes in showing that certain computational problems are inherently “hard” to solve.  An application of the importance of finding “hard” problems is in cryptography – we want our encrypted information to be beyond the ability of computers to easily crack.

This line of research involves reasoning about mathematical models of computation such as Boolean circuits.  Rossman’s main tool is a blackboard, as he works on theorems and major unsolved problems like P = NP?

“The University of Toronto has a great tradition in computational complexity theory,” Rossman said. “U of T University Professor Stephen Cook is one of the founders of the field and a major figure in the P = NP? question.  Over the years, many wonderful people and ground-breaking results have come out of U of T.  I am honoured to be part of the great Theory Group here.”

Most recently, his research has focused on Boolean formulas, a tree-like model of computation that lacks “memory” to store intermediate results.

“Despite the apparent weakness of this model, we still don’t have strong lower bounds” Rossman said. “This challenge is the next frontier in complexity research.”