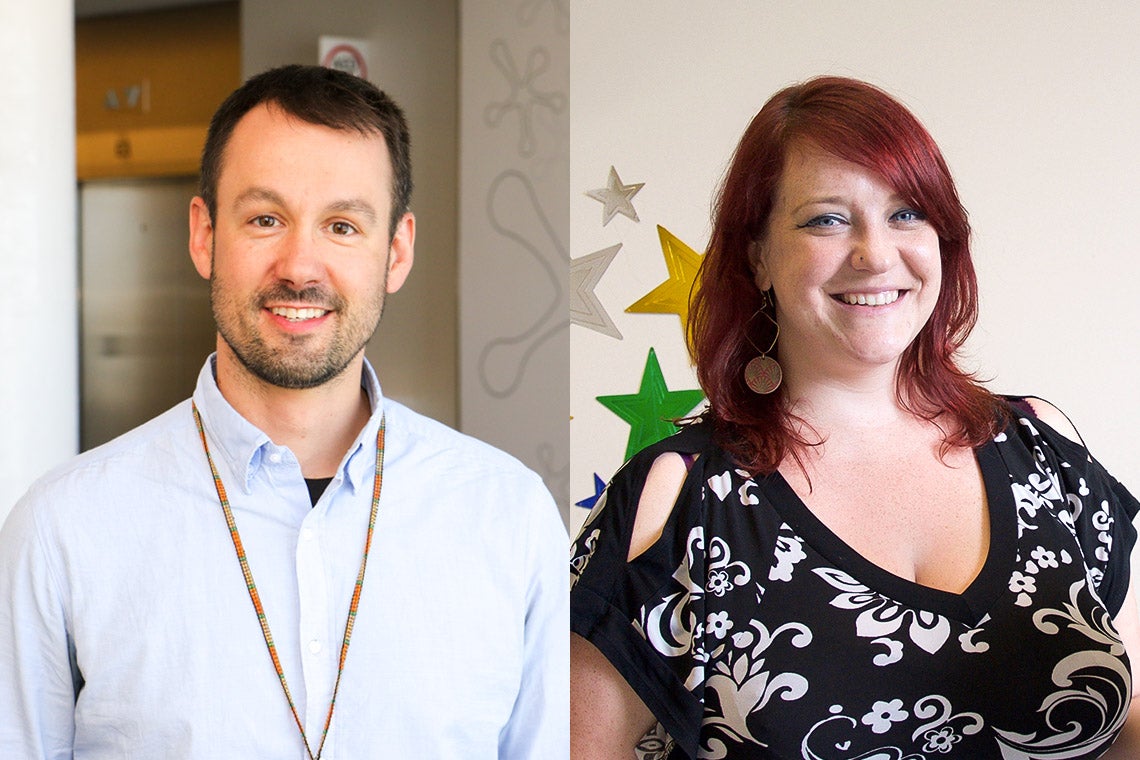 Renée Hložek, an assistant professor of astrophysics at the Dunlap Institute for Astronomy & Astrophysics, and Jean-Philippe Julien, an assistant professor in the departments of biochemistry and immunology and a scientist at the Hospital for Sick Children, were among 14 global researchers selected to receive a two-year term in a CIFAR research program and $100,000 in support of their research. Hložek will join CIFAR’s “Gravity and the Extreme Universe” program, while Julien will be part of the “Molecular Architecture of Life" program.

"We are thrilled about this infusion of talent joining our research programs and our global community,” said Alan Bernstein, CIFAR’s president and CEO.  "These early-career scholars and scientists are among the world's brightest and most promising leaders of their generation."

CIFAR is a Canadian-based, global charitable organization that brings together a diverse group of experts from around the world to tackle important questions facing science and humanity.

Hložek studies a variety of problems in theoretical and observational cosmology. Her research focuses on understanding what the universe is made of, its structure and how it is changing with time.

"I use observations of bright objects in optical and radio light to understand the extreme energy processes in the universe," she said.

“I’m delighted to be part of this program and this group of amazing scholars. I am so excited for the enriching partnerships, collaborations and challenges the Global Scholars program will bring to my research practice.”

Julien, who received his PhD at U of T in 2010, is the Canada Research Chair in Structural Immunology. He researches how the immune system works, with a focus on antibody-producing B cells.

His research "uses a combination of structural and biophysical techniques to characterize how antibodies are made by the immune system, and how they carry out their function of recognizing foreign molecules,"  he said.