Trump, zombies and dictators: impressions from a Burmese internship 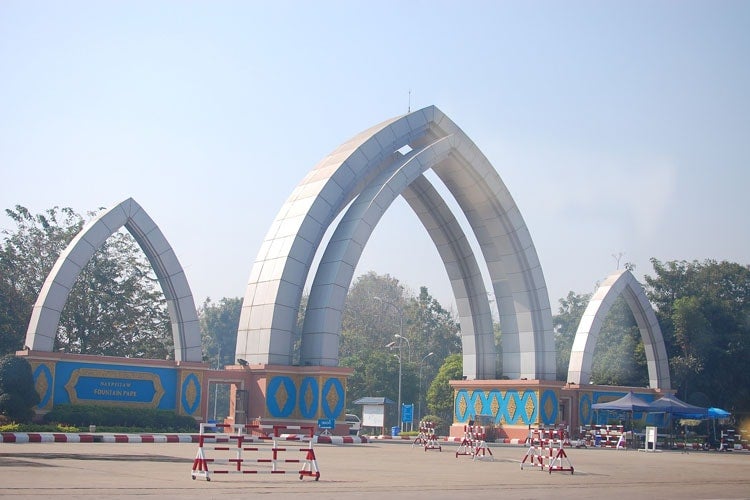 A park in Burma's capital city, Naypyidaw (Photo by lirneasia via flickr)

“The world has perished in the zombie apocalypse except for Donald Trump and 10 Burmese dictators. Together they conspire to build an extravagant South East Asian paradise with lavish hotels and 20 lane highways for just the 11 of them: the end result is Burma’s capital, Naypyidaw.”

So begins University of Toronto student Naveeda Hussain’s blog post on her recent experiences in Burma, where she served as a political intern at the Canadian embassy and witnessed firsthand the aftermath of that country’s return to civilian rule after years of military dictatorship. In her post on the student blog of the Asian Institute at the Munk School of Global Affairs, Hussain describes not only her impressions of the purpose-built Burmese capital (“the eeriest, most deserted place I have ever been”) but her thoughts on Burma’s difficult road ahead as it transitions to democracy (“After 50 years of repression, how does a country institute a system that it essentially has never known?”)

Upon her return from Burma (also known as Myanmar), Hussain, a student in the Peace, Conflict and Justice program at the Trudeau Centre in the Faculty of Arts and Science, discussed her experiences with U of T News reporter Terry Lavender.

How did the internship at the Canadian embassy in Burma come about?

My family is from India but my grandparents grew up in Burma so I have some ties to the country. I grew up eating Burmese food, for one thing! One day at the Robarts Library I ran into a friend of mine who was in the Masters of Global Affairs program at the Munk School. I mentioned I had just finished a long research paper about Burma and he told me about a posting on the MGA website about an internship at the Canadian embassy there. It was the day after the deadline, but he urged me to go for it, so I stayed up until 6 a.m. filling out the application and I got the position.

Did you have to prepare for the internship?

No. It was a very laid-back kind of process. The ambassador emailed me a few weeks before I was to arrive in the country to tell me the first few things I would be working on, but there was no extensive reading material or anything. I already had a pretty solid background on the history of the country. What was the mood of the Burmese people?

After so long under the military dictatorship, people were cautiously optimistic, but they were also wary because of what had happened in the past [when the military refused to relinquish power after elections in 1990]. So, because of that, they didn’t want to get their hopes up, only to have that optimism shattered.

How about you? Are you hopeful for Burma’s future?

Yes. There’s a lot to be hopeful about, but at the same time, Burma faces huge challenges. For example, 25 percent of the seats in parliament are reserved for the military so a big challenge is going to be developing the trust of the military. How are they going to get to the point where the military feels comfortable enough to step away from the public sphere?

You have one more year to go in the Peace, Conflict and Justice program. What do you plan to do after you finish your degree?

Being in Burma over the last four months I’ve really come to value work experience a lot more. So before jumping into further studies I want to expand on that and gain some more work experience. After that, I think either a Master’s in public policy and administration or law school or both. My thesis research in Burma was about federalism and the peace process so policy and the constitution are kind of intertwined, as far as I’m concerned.

Read more about Naveeda Hussain’s insights on Burma at http://munkschool.utoronto.ca/ai/student-blog/a-post-apocalyptic-capital-watching-a-democracy-take-its-first-steps/