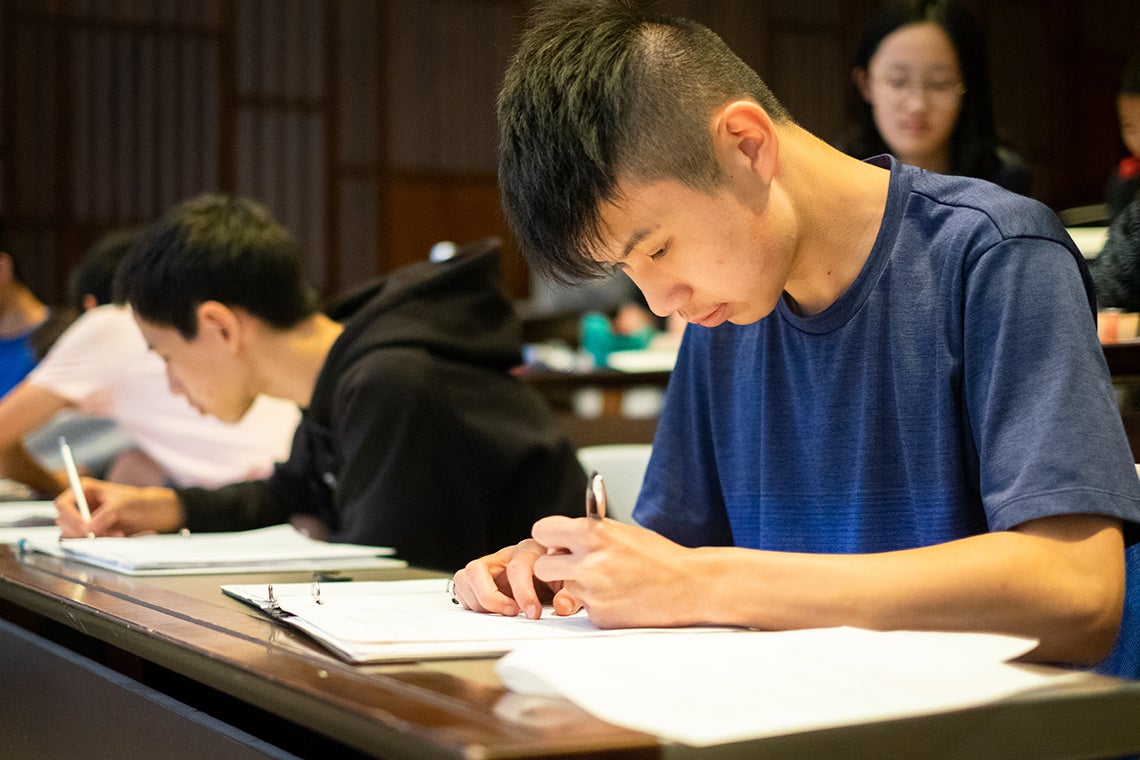 If there were a Rocky-style training montage for the University of Toronto's math camp, it might involve blackboard problems in circle geometry, inequalities and modular arithmetic.

The students aren't breaking a sweat, but make no mistake: They are training hard.

About two dozen of the country's top mathletes in Grades 8 to 10 have come to the University of Toronto this week to hone their abilities ahead of national math Olympiads starting this fall.

The Canadian Open Mathematics Challenge in November, which is open to all high school students interested in math, is the first step toward harder and more selective national and international contests.

Many of the students chosen to attend U of T’s camp have shown their math mettle by scoring high on past exams, their instructor Zack Wolske says. Back at their high schools, most of the students are far ahead of their peers, Wolske adds. “They’re probably bored.”

Wolske, a post-doctoral researcher in the department of mathematics, is coaching the students during the week-long camp, helping them solve problems like those they might face on exam day.

Some of the questions are so difficult, Wolske says, they could stump some of his first-year university students. 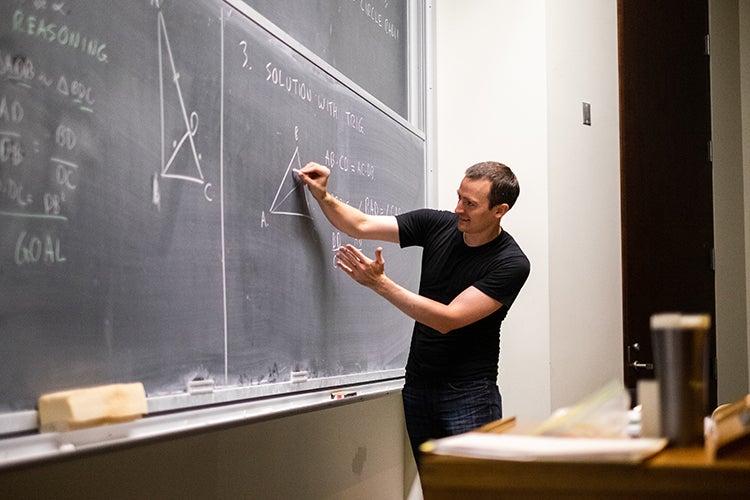 But the teenagers often surpass their teacher’s expectations.

“The students are very clever,” Wolske says, in between scribbling geometry problems on a blackboard at the Bahen Centre for Information Technology. “They show me fascinating things. I have solved a bunch of these problems and seen solutions to them and then they still have new ones.”

The top 50 students who write the Canadian Open Mathematics Challenge, and another few dozen who write a different qualifying exam, are eligible to compete in the Canadian Math Olympiad, the equivalent of nationals for high school math students.

Those who do well earn a ticket to the world championships, the International Math Olympiad, which is hosted in a different city each year. In the summer of 2020, it will be in St. Petersburg, Russia.

The national Olympiad includes just five questions, ranging in difficulty. “Sometimes they can be very hard and sometimes you have an insight and then they’re fast,” Wolske says. “There’s often a key thing to note and if you get it, you can write a short pretty solution. But if you don’t, you might struggle for a long time.”

The contest exposes students to more advanced problem-solving, requiring proofs and detailed analysis – challenges they might not encounter until later in their education, he adds.

With a little luck and plenty of work, the mathletes may be able to secure a place at the international Olympiad and compete against high school students from around the globe. Canada finished 24th of 112 countries in this year’s Olympiad, held in Bath, England earlier this July.

Jacob Tsimerman, a U of T associate professor in the math department, says he was “incredibly proud of our team’s brilliant performance.”

“The IMO is the apex of competitive mathematics at the high school level,” he adds in a release, “and our students have represented our country incredibly well.”

Whether or not they're able to match Song’s success, many of the 26 mathletes at U of T's camp say they enjoy meeting like-minded students from across the country and solving mind-boggling problems together. 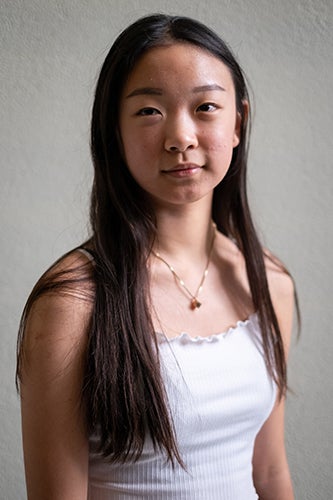 Orelia Pi from Toronto (pictured left), who is going into Grade 10, says she was drawn to math because “it’s kind of like a puzzle.”

“Also the feeling you get when you finish a problem,” she added. “You feel good for taking the time to solve it.”

Supreet Randhawa, an outreach administrator in the department of mathematics, says the camp makes an effort to recruit more girls, recognizing the need to boost their numbers in math as in other STEM fields.

Some of the mathletes say it’s refreshing to meet students who are as excited about math as they are. Michael Liudeng, a student from Vaughan who will be in Grade 10 in September, says there’s a “stigma” around enjoying math and excelling at it. “No one says, ‘I’m really bad at reading,’ but people can say ‘I’m really bad at math’ and it’s like a funny thing,” he says.

Success in math comes from practice and concentration, he says. “Often it’s about putting your mind to something you’re not the best at.”

Jennifer Wang, a Toronto mathlete entering Grade 11 this fall, says the key to her math prowess is perseverance. “You have to keep working at the problem although it’s really easy to give up,” she says.