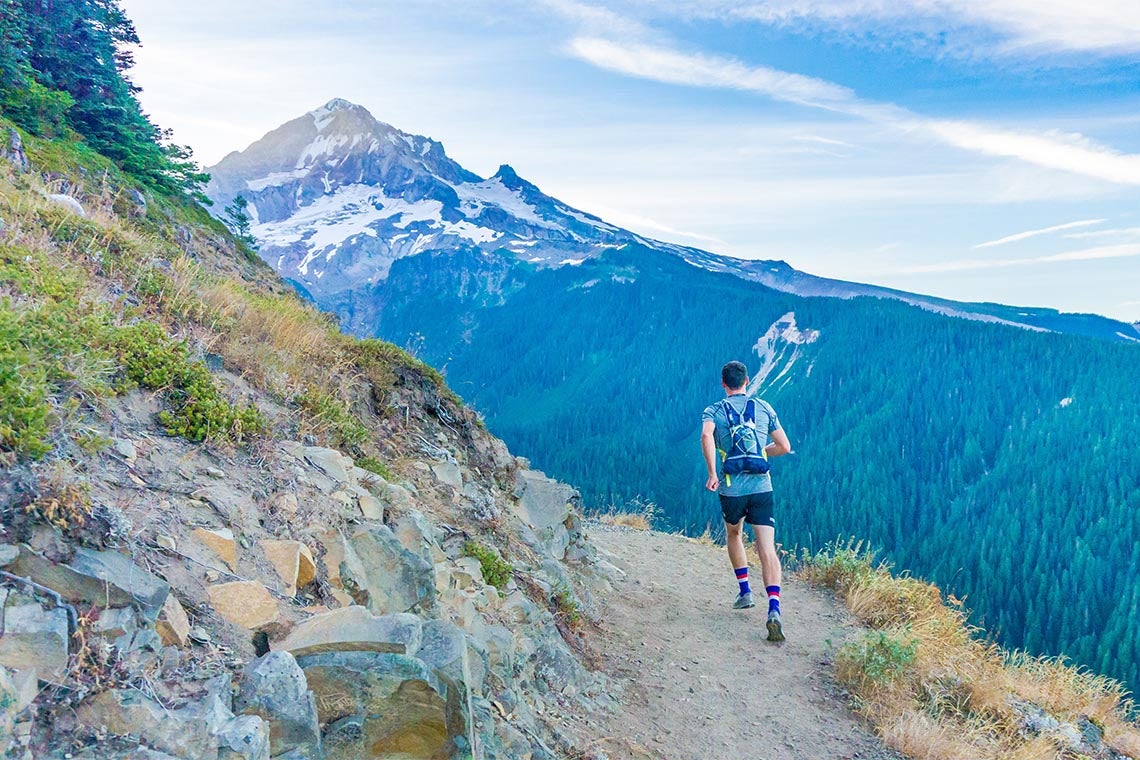 (photo by Brian Erickson via Unsplash)

Endurance training while consuming a diet low in carbohydrates has garnered much interest lately. But is this the right approach for everyone and how does it impact protein requirements and performance?

Assistant Professor Jenna Gillen and Associate Professor Daniel Moore of the University of Toronto’s Faculty of Kinesiology and Physical Education (KPE) recently wrote an article for the Sports Medicine Bulletin of the American College of Sports Medicine in which they discussed the findings of their recent research study, published in the November 2019 issue of the journal Medicine & Science in Sports & Exercise, that investigated the relationship between training on a low-carb diet and the dietary protein requirements of endurance athletes.

KPE writer Jelena Damjanovic recently sat down with Gillen and Moore to find out more about their research and what it means for training regimens. How would you define a low-carb/high-fat diet vs. a high-carb/low-fat diet?

Gillen: A high-carb/low-fat diet typically involves consuming 50 to 65 per cent or more of daily calorie intake as carbohydrates and 20 to 35 per cent as fat. Alternatively, a low-carb/high-fat diet consists of less than 25 per cent of your daily calorie needs from carbohydrates and greater than 60 per cent coming from fat. Protein intake isn’t specifically increased or decreased with either approach, and is generally similar with both dietary strategies.

What are the advantages and disadvantages of following a low-carb/high-fat diet for endurance athletes? How does it influence performance?

Gillen: The rationale for athletes following a low-carb/high-fat diet is that it can increase our muscles’ ability to use fat as an energy source during exercise, which is a fuel source that we have an abundant supply of compared to our more limited reserves of carbohydrate. However, this adaptation comes at a cost as there is also a decrease in muscles’ ability to use carbohydrates during exercise. From a performance standpoint, this isn’t optimal because carbohydrates are a more efficient energy source than fat – they produce more energy per litre of oxygen consumed – and we rely almost exclusively on carbohydrate to support high-intensity exercise. As a result, eating a low-carb/high-fat diet can actually compromise an athlete’s overall performance and ability to perform high-intensity exercise during a race or sporting event.

Are there other ways that carbohydrate availability can be manipulated to improve endurance performance?

Gillen: Instead of following a low-carb/high-fat diet, athletes may choose to perform some of their endurance training sessions under conditions of low-carbohydrate availability. With this approach, athletes still consume high amounts of carbohydrate daily, for example 50 to 65 per cent of energy needs, or six to 10 grams of carbohydrate per kilogram body weight, but perform select training sessions at times when liver and muscle carbohydrate stores (glycogen) are lower. Examples would be performing exercise following an overnight fast and/or in close proximity to an earlier high-intensity exercise session. This type of “carbohydrate periodization” throughout training has been shown to increase energy-producing mitochondria in muscle and improve endurance performance.

What are the current recommendations for daily carbs, fat and protein intake among endurance athletes?

Moore: Recommended carbohydrates vary depending on the volume of training an athlete is doing. However, if they want to make sure their training is high quality, which would be fueled by carbohydrates because they are a “faster,” more efficient energy source, then they’d likely be in the range of six to 10 g/kg/d. We speculate that protein requirements scale with training volume, but if they’re running more than 50 kilometres per week, that requirement would be around 1.6 to 1.8 g/kg/d and perhaps more with higher volumes. However, provided they are meeting their energy requirements, most endurance athletes consume sufficient protein. Fat generally just makes up the balance of the energy unless athletes are specifically eating low-carbohydrate diets. This is not suggested if their goal is to train or compete as fast as they can, as fat can’t provide energy as “quickly” as carbohydrates.

Does following a low-carb diet increase dietary protein requirements of endurance athletes? How much more?

Moore: Our research would suggest requirements may indeed be elevated, at least during the initial adaptation to a low-carb diet. This is because amino acids provide a greater percentage of energy when exercise is performed with low-carbohydrate availability, such as before a meal and with low muscle and liver glycogen (the body’s carbohydrate stores). However, as mentioned, this is not recommended if their goal is to train or compete at a high intensity or perform a personal best. As for how much more protein is required, research has not addressed this question yet. Our study did suggest that just periodizing carbohydrate intake so that exercise is performed with low liver or muscle glycogen may increase protein requirements by about 10 per cent with only a “short” 10-kilometre run.

Why is it important to make that adjustment in protein intake (if on a low carb diet) and how best to do it?

Moore: It is important to increase your protein intake if you are training with low-carbohydrate availability as the extra amino acids that are used as energy must be replaced through the diet. This can be accomplished by modestly increasing the protein content of your post-workout meal or including an extra protein-containing snack throughout the day.