'A tough policy conundrum': U of T expert on the long wait for a national pharmacare strategy 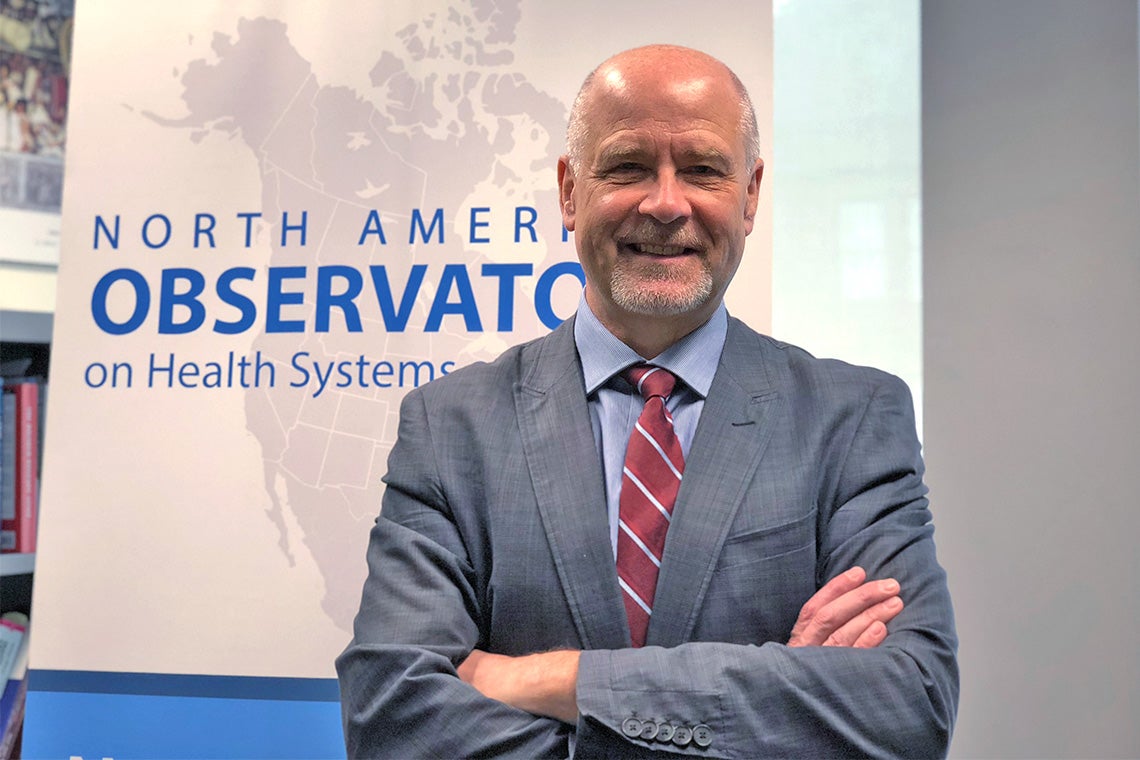 Gregory Marchildon, a professor at the University of Toronto's Institute of Health Policy, Management and Evaluation, says Canada is a half-century overdue for a national pharmacare strategy (photo by Alexandru Titeu)

The recent federal budget pledged to move forward on a national pharmacare strategy. That potentially includes the creation of the Canadian Drug Agency, a national drug agency that would “take a co-ordinated approach to assessing effectiveness and negotiating prescription drug prices on behalf of Canadians.”

But there's a caveat: The budget only committed to giving Health Canada $35 million over four years to further support the development of the idea.

The budget also earmarked $1 billion per year over two years, plus $500 million per year ongoing, to help cover the cost of drugs for rare diseases – funding that isn’t slated to begin flowing until 2022-2023.

“We are 50 years overdue for a national pharmacare strategy – we have attempted to create one before, have withdrawn it twice, and now the possibility of one looks extremely fragile,” says Gregory Marchildon, a professor at the University of Toronto's Institute of Health Policy, Management and Evaluation and an expert on pharmacare.

Marchildon, who is also the director of the North American Observatory on Health Systems and Policies, believes the government could choose from a few options if it is willing to endure some short-term financial pain in order to reap long-term cost benefits.

“We could have a single-payer, universal and national plan, where no matter what province or territory you lived in, moved to, or travelled in, your drug coverage would be the same,” says Marchildon.

“This pan-Canadian option, governed by strict federal standards, would have very few barriers to access – or none.”

A second option, according to Marchildon, could involve a “multi-payer system in which employment-based insurance plans are subsidized by the government.”

Marchildon spoke with writer Rebecca Biason about the current patchwork system in place and why, from a public policy perspective, developing a national pharmacare plan remains so elusive.

It is an uneven plan, governed separately by each province and territory with a lot of variation in terms of which drugs are covered and added to the Canadian Drug Association (CDA) formulary, as well as the cost of co-payments. In many provinces, it is only once individuals retire that they really see how minimal their coverage is. Unsurprisingly, the richer the province and the larger the population, the more comprehensive the drug plan and the less co-payments are required. The difference between coverage in Ontario and the Atlantic Provinces, for example, would be quite glaring.

How would better and universal coverage be beneficial?

Currently, 20 per cent of Canadians are going without medications because of the lack of coverage and the high cost of drugs. With a truly universal single-tier system, comprehensive coverage of an essential list of medications would be available for everyone regardless of income or place of residence across the country. There would need to be strict evaluations of which drugs could be included in the CDA formulary with drugs being tested for both their performance effectiveness and cost effectiveness.

Additionally, provincial and territorial governments, through the CDA, would have the ability to negotiate harder and more effectively with pharmaceutical companies to reduce drug prices.

For example, if the CDA sought to purchase a drug, say, for an inoculation against a disease like the flu, where it would be distributed directly to the public, bulk purchasing could be done in the public interest and at a low cost.

What does the future of pharmacare look like for Canadians?

The recent federal budget announcement shows that the government has spread money across lots of different places but there has been no focus on any big initiatives. You need to have a focused budget to successfully bring about a pharmacare program. There has been little strategic discussion on how a program would be implemented but the federal committee on pharmacare is emphasizing collaboration with provinces, leading us to believe that the federal government does not want a pharmacare initiative to fall on their shoulders alone.

Pharmacare has always been a tough policy conundrum. It is hard to fix a system that seems to be working for folks in the middle class, even at a high cost. Some people may not recognize the stress and strain of those who do not have private plans. Those individuals who are low income – and often marginalized with no access to private insurance plans – do not have a voice and are not given the opportunity to express how difficult it is for them to purchase essential medications.

It would be ideal for political parties in this election year to deliver a blueprint plan that shows an active discussion about the appropriate design of pharmacare and what we might achieve with a single-payer system. The public could then make a true choice and it would help to alleviate confusion around this debate.

We have a faint hope through both the upcoming June report from the federal committee on pharmacare and the budget, but what the reality will be for the future of Canadian phamacare seems both vague and very distant.