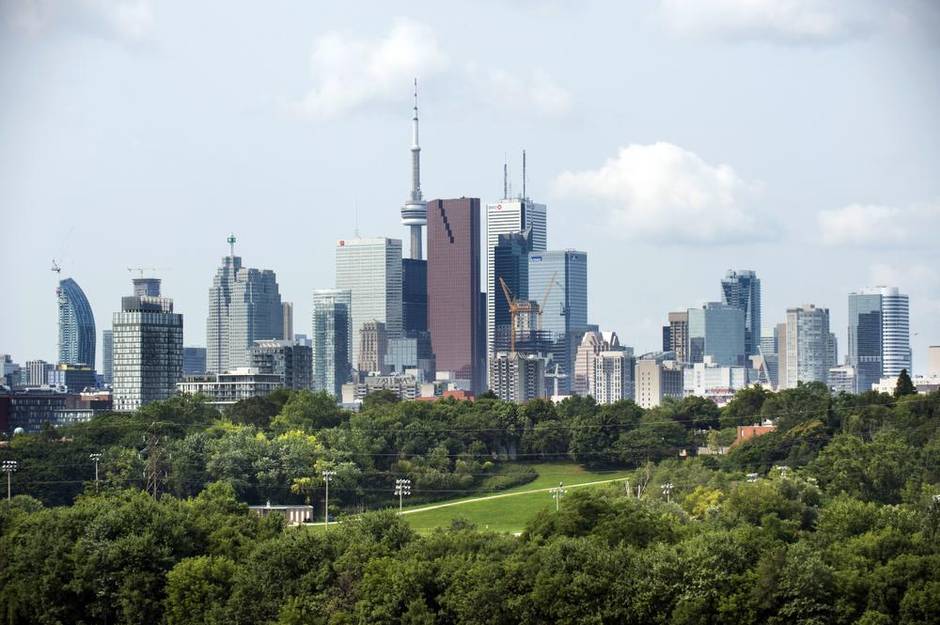 More than 34 million trees in the Greater Toronto Area providing canopy cover for 26 per cent of its total land area would cost $14.2-billion to replace, a recent report has found.

Forests and parklands have a monetary value and deliver a quantifiable service, according to a report titled “State of the Urban Forest in the Greater Toronto Area,” which was released in June by the Green Infrastructure Ontario Coalition.

For example, the region’s urban forests store 2.7 million tonnes of carbon worth $70-million, remove $36.5-million worth of air pollution annually and provide energy-saving benefits worth $20-million.

The coalition — which was formed in 2009 and is made up of industry, non-government organizations and municipal groups promoting the adoption and implementation of green infrastructure — compiled the figures from forest studies in the 14 municipalities that make up the GTA. It is part of a growing movement for cities to monitor, manage, conserve and improve their trees and green spaces.

“We have to convince people that nature is an asset and that it provides services,” says Michelle Sawka, an environmental scientist who is project manager of the coalition. “We need to integrate the natural environment into our cities and manage it the same way as [we manage] our roads and pipes.”

She says that aside from the tangible services that nature provides, such as filtering pollutants and reducing erosion, it offers recreational space and mental health benefits. “Even a single tree can provide a lot of services that people don’t think about,” Sawka says, noting that green infrastructure helps communities adapt to and mitigate the effects of climate change.

Forests and parklands play “a critical role in the design of urban regions,” says Liat Margolis, an associate professor of Landscape Architecture at the University of Toronto and director of the Green Roof Innovation Testing Laboratory (GRIT Lab), which is dedicated to evaluating and optimizing the environmental performance of green building technologies.

Cities are “exploding with population,” with a resulting loss in the extent of vegetated areas as well as the biodiversity of ecological systems, Prof. Margolis notes. At the same time, climate change and extreme weather events make them ever more critical. “Climate change is contributing to the loss of vegetation and wildlife and the benefits they provide, which are vital to everything from attenuating floods to pollinating food crops,” she says.

In 2015, the city of Toronto faced opposition in the Lawrence Park community after it announced plans to remove almost 350 trees for road and sewer replacement projects. (FRED LUM/THE GLOBE AND MAIL)

According to Prof. Margolis, who is also a member of Sustainable Canada Dialogues — a group of some 60 Canadian scholars working to advance solutions for climate change mitigation — one of the keys to building sustainable cities is to consider the environmental, economical and societal value of green spaces such as Toronto’s ravines.

The benefits of trees and parks in urban centres have been known since the green belts (open land areas protected from urban sprawl) set aside in England during the Industrial Revolution and the parks in U.S. cities designed in the mid-1800s by visionary landscape architect Frederick Law Olmsted, who was also a public health official. “It is not a new idea,” she says, “but, one that we have to continue to integrate into policy and planning.”

Testing, validating and optimizing engineered natural systems to work to their fullest capacity is behind modern-day initiatives, such as the GRIT Lab, which measures green roof performance like the thermal cooling of roof surfaces to mitigate urban heat island effect, stormwater capture to reduce flooding, and plant biodiversity, especially to promote pollinators. “The devil is in the details,” says Prof. Margolis, noting, for instance, that green roofs constructed with compost-based growing media outdo the mineral-based ones in terms of stormwater capture, thermal cooling and biodiversity.

Toronto City Hall is considered to have the city's largest publicly-accessible green roof. It was unveiled in 2010. (PETER POWER/THE GLOBE AND MAIL)

And yet, green roofs are commonly constructed with the mineral-based media. In fact, the Toronto green roof bylaw, which requires green roofs on all new buildings that are more than 2,000 square meters in gross floor area, recommends the use of the mineral media. “Given our new findings, the green roof construction guidelines may need to be revisited,” Prof. Margolis notes.

Gathering scientific evidence and making “a business case” for nature will correct the historic underinvestment in green spaces, says Michelle Molnar, an environmental economist and policy analyst at the David Suzuki Foundation, which has expanded its advocacy work from remote wilderness areas to include urban ecology.

“It’s really making the case that nature is more than something nice to look at, somewhere nice to go on vacation,” notes Molnar. “We want to put a price tag on what it provides and spell out the quantifiable benefits.”

The foundation’s Municipal Natural Capital Initiative — a pilot project in a handful of communities across Canada, whose mandate is to integrate green infrastructure into the asset management and financial planning of municipalities — establishes the state, age and condition of infrastructure. The goal is to produce a model to help communities manage and support their natural spaces, which, Molnar explains, provide the same services as “engineered” or “grey” infrastructure but involve lower capital and operating costs, as well as other advantages.

“Time in nature relieves stress and allows us to focus,” she says. “There’s a myriad of benefits to just increase our well-being.”

Trees must be managed as an asset, Sawka points out. For example, her coalition’s “State of the Urban Forest” report notes that just four species make up 54 per cent of the city’s population of trees, which is a cause for concern when threats such as the emerald ash borer can wipe out a whole species. The GTA’s trees are also relatively small, she says. Ideally, 30 per cent of the trees in a canopy should be more than 38 centimetres in diameter, but just 5 per cent of those in the region top this size. That speaks to the need for their maintenance, care and protection — for example, improving the quality and quantity of the soil in which they grow.

Still, Prof. Margolis is encouraged by the ongoing effort to recognize such issues and address them — both at the local, as well as the provincial and federal levels — with a goal of integrating green-infrastructure language into master plans and investing in its construction and preservation.

“I see a lot of exciting things that are happening,” she says. “The future is greener, in my mind.”