'Too stubborn to stop': U of T's Elspeth Arbow graduates after overcoming second double-lung transplant 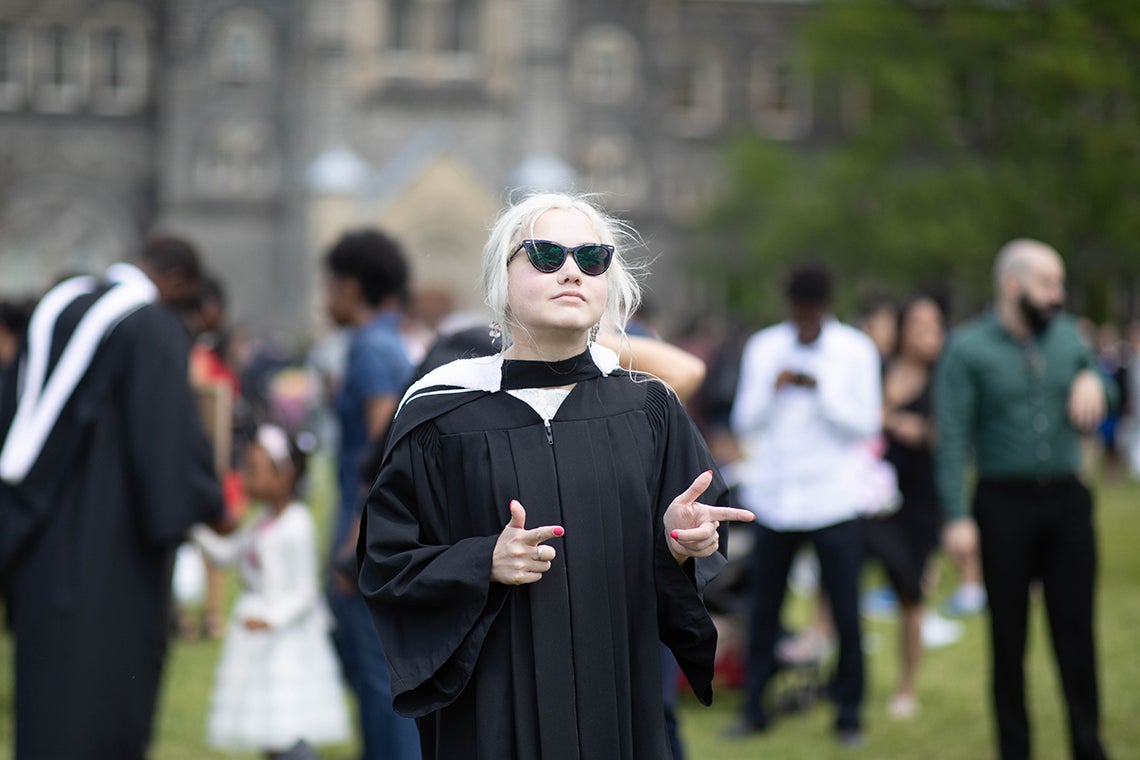 Elspeth Arbow, who was diagnosed with cystic fibrosis as a child, graduated from U of T's Innis College despite having to undergo a double-lung transplant during her studies (photo by Lisa Lightbourn)

Elspeth Arbow was greeted with loud audience cheers and an outpouring of emotion from her college principal when she crossed the stage at Convocation Hall this week to accept her Honours Bachelor of Arts degree.

Arbow, who took cinema studies and was diagnosed with cystic fibrosis as a baby, says there were times she feared she would never graduate. At one point, her health was so poor that she needed a double-lung transplant – the second time she would undergo the procedure in her young life. The first took place when she was just 13 years old.

“It’s this huge sense of accomplishment because I wanted to give up all the time,” says Arbow, who was joined at the ceremony by her mother, Judith, who flew in from Saint John, N.B. for the occasion.

As things took a turn for the worse during her studies, Arbow says taking care of her health became a “full-time job.” Cystic fibrosis is a multi-organ genetic disease that affects the lungs and often the digestive system. It affects an estimated one in every 3,600 children born in Canada. There is no cure.

Though some in her shoes might have dropped out, Arbow says she was “too stubborn to stop.”

She spent nine months on the organ donation waiting list while carrying the weight of assignments, exams and an oxygen tank. She received a new pair of lungs in March 2018 and celebrated her 22nd birthday in hospital.

Just over a year since her transplant, Arbow has finished her courses, spent three months in Europe – including a one-week solo trip to London – and landed a coveted internship with the Toronto International Film Festival. She now has white-blonde hair and Band-Aids on her ankles that cover scrapes she got skateboarding. She’s also fostered two cats, Josephine and Lady. 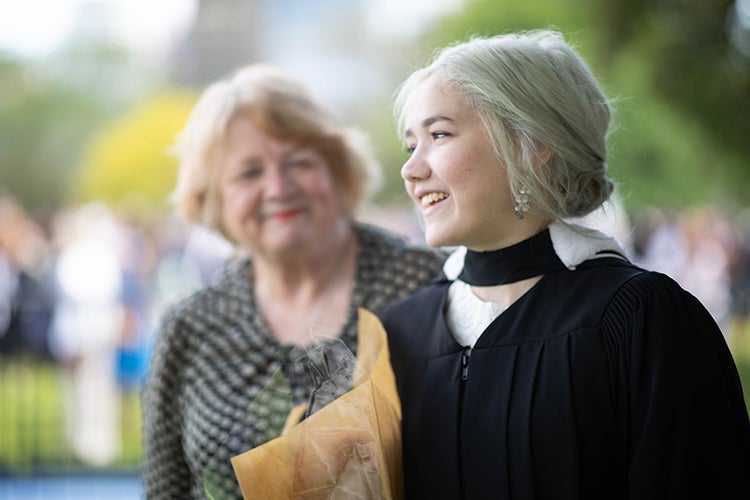 Elspeth and her mom Judith at convocation (photo by Lisa Lightbourn)

Even for Arbow, known for her sarcasm and dry wit, convocation was emotional. “It took me six years because there were huge obstacles in the way,” she tells U of T News after her ceremony.

“We all worked hard… This whole chapter of my life is over now. I’m finished school, I’m working now, I’m healthy, I’m travelling. I’m discovering this new person that I am, where I have the ability and the opportunity to kind of” – she pauses, searching for the right words – “be me.”

Arbow’s mother cried during the ceremony and gave her daughter a bouquet of roses, which came with a small sticker saying “freedom.”

Arbow credits Innis College Principal Charlie Keil and Registrar Donald Boere – her “biggest cheerleaders” – for helping her through hard times. Boere responded to Arbow's late-night emails asking for help and obtained lecture notes for classes she missed. Responding to U of T News by email, Boere said: “As far as Elspeth's future, I'd just say this: Elspeth can get on a plane again. Look out world!” 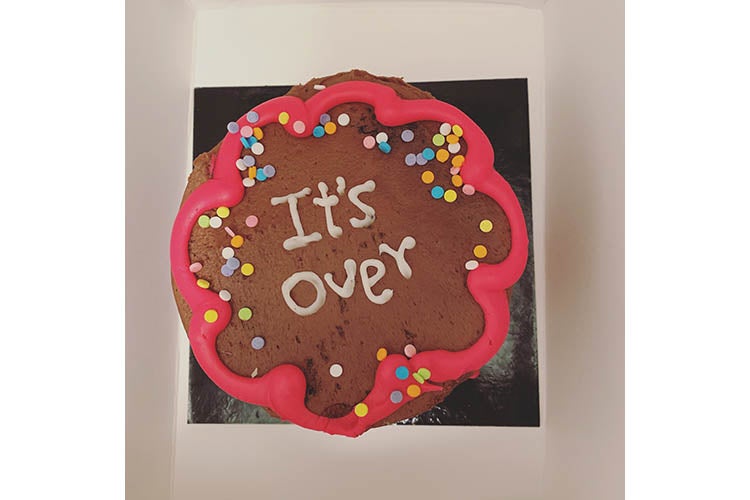 After the convocation ceremony, Keil gave Arbow an Innis award recognizing her contributions to college governance. Arbow was a student representative on council and in committees, including one in which she advocated for people with disabilities.

“Elspeth knows me, and I know her,” Keil says, adding that sharing the stage with her at convocation was “special for both of us.” At one point, he briefly lifted her five-foot-one frame off the floor.

“Any number of these adjectives one wants to enlist (to describe her): indomitable, determined, spirited. I mean, those are all qualities that will serve her well no matter what she ends up doing,” Keil says.

To current and future students who run into obstacles, Arbow says don’t be afraid to ask for help and go at your own pace.

“Take your time,” she says. “The only rush is when you think you have to meet a four-year standard or whatever ... It doesn’t matter as long as you get it done. If that takes you four years, great. If it takes six years, cool. If it takes you 10 years – it’s all the more powerful when you do finish.”