Through photos, recipes – even ghosts – U of T historian retraces Icelandic migration to North America 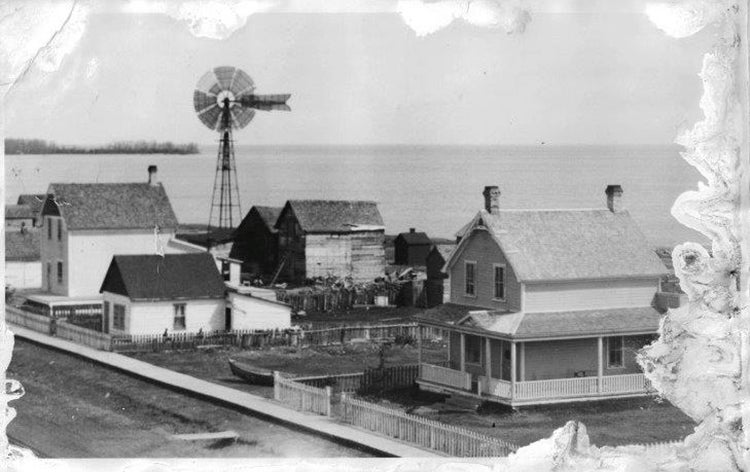 A photo of the east side of First Avenue in Gimli, Man. (photo courtesy of The New Iceland Heritage Museum)

L.K. Bertram recalls growing up in Manitoba and realizing not everyone was raised eating “vínarterta” or believing in ghosts.

But these traditions were common if your family came from Iceland. 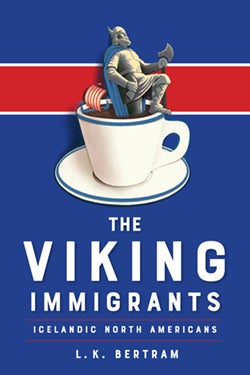 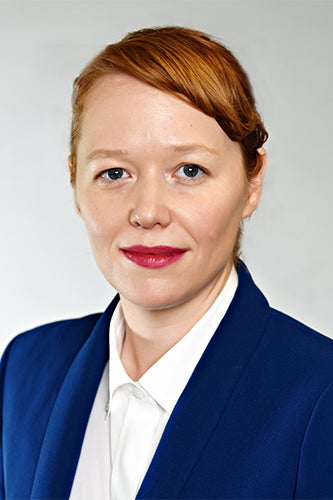 Because of food shortages, climate shifts and poverty, almost a quarter of Iceland’s population migrated to North America between 1870 and 1914, forming small Icelandic communities in the United States and Canada. Intrigued by this migration and her own heritage, Bertram, an associate professor in the Faculty of Arts & Science’s department of history, wrote The Viking Immigrants: Icelandic North Americans.

“It's the history of an immigrant community and it just happens to be the community I come from,” says Bertram, whose family arrived and helped form an Icelandic colony along the west shore of Lake Winnipeg and an Icelandic immigrant neighbourhood in the city of Winnipeg in the late 19th century.

“The book is for scholars of immigration and people interested in Canadian history,” she adds.  “It's for Icelanders in Iceland to help them understand the significance of the immigration because fewer people there talk about it. It's also for anyone who wants to understand why we do these weird things in this particular way.”

Bertram brings immigrant history to life through rare photographs, interviews, artifacts and generations-old recipes, mapping the transformation and evolution of Icelandic North American culture over a century and a half. 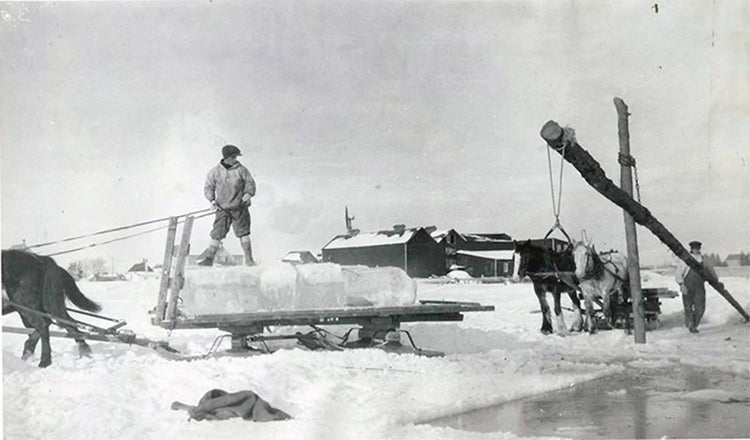 Almost a quarter of the population of Iceland came to North America during the late 19th century, and many of them settled in Manitoba (photo courtesy of The New Iceland Heritage Museum)

“Growing up, I always noticed we did things a little differently,” says Bertram. “As I got older, I was interested in where these unusual traditions come from, the most common traditions that you would find in our community – and the secret history behind them.

“When you study where they come from, you understand how the community has evolved over the past 150 years. And a lot of what I talk about in the book, you can still find in the community today.”

One of those traditions is an Icelander’s passion for coffee.

“When people first came here, everyone was drinking tea because of the British,” says Bertram. But Icelanders were devoted coffee drinkers, so they developed their own bustling coffee markets, including lively coffee houses that were important social hubs.”

One coffee house even has a little-known connection to Hollywood.

“There was a famous Disney cartoonist who was Icelandic,” says Bertram. He fell in love with a coffee house waitress in Winnipeg’s Icelandic neighborhood. According to Bertram, he tried to convince her to come to Hollywood with him, but she declined.

“He said he was working on a big Disney movie and that she was his model.” That movie was Snow White and the Seven Dwarfs, Bertram says.

Another tradition Bertram explores is vínarterta, a traditional Icelandic cake that remains an obsession in the community. Often served during celebrations or holidays, the multi-layered torte is flavoured with almonds and cardamom. Vínarterta is a layered Icelandic cake often served at celebrations and holidays (photo via Wikimedia Commons/Navaro - Own work,  CC BY-SA 3.0)

“The trick with this cake is that you're never supposed to change the recipe,” says Bertram. “It's like a time capsule of something that was eaten at the time of migration. People still make it today.”

In addition to exploring the history of the delicacy, Bertram’s book also offers six vínarterta recipes, some which date back to the 1790s.

Also relatively unchanged is the prominence of Viking statues, art and imagery across the Canadian Prairies and the American Midwest, where Icelandic and Scandinavian immigrants settled.

“There is a larger, older spiritual culture in Iceland with important roots from the pre-Christian world and it's a distinctive way in which we have traditionally thought about our relationship to land, history and other people,” says Bertram. “Ghost stories are so often dismissed in historical study, but I believe they function as important texts that can tell us a lot about how everyday people discussed critical issues like inequality and power.

“What was most meaningful for me was to be able to connect with these much older voices,” says Bertram. “My grandmother, like a lot of people in her generation, were encouraged to speak only English so we didn't learn Icelandic at all.

“I knew a couple of words, but that was it. So learning the language and then going into these archives and listening to these voices from 150 years ago, I could feel the sense of familiarity. It was so nice to be able to step into that old world.”